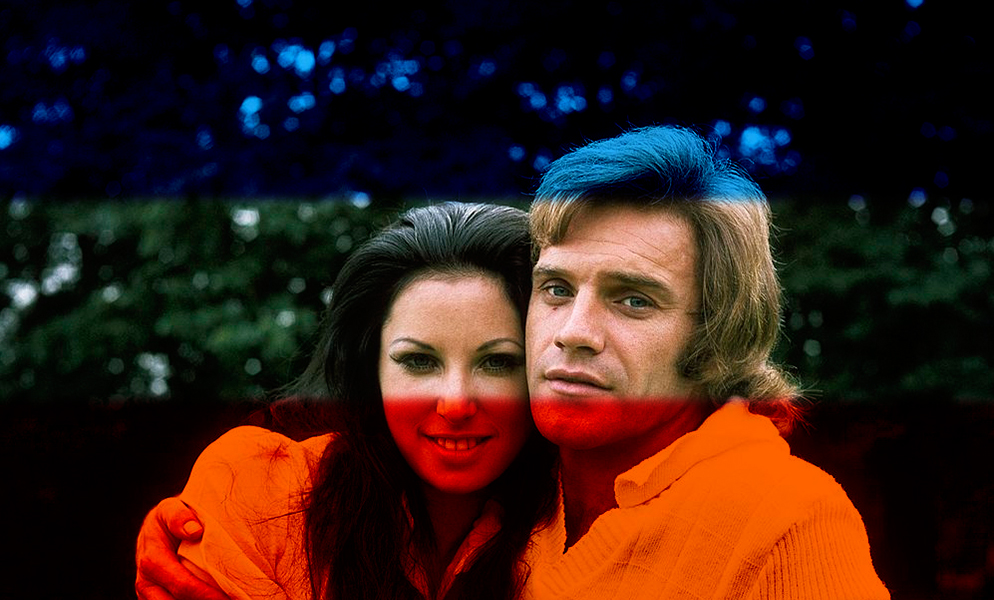 But back in 1983 Russ Abbot’s Madhouse was a lynchpin in ITV’s Saturday night schedules. Meanwhile Abbot’s old mentor, Freddie Starr was finding things a little harder going. Having turned to the BBC after walking out on Madhouse, he was given an eight-part Tuesday night series. Freddie Starr Showcase, whichwas meant to be a platform for new talent. However, Starr was well aware that the most significant exposure on the show would be for him. “I really think my career is on the line here,” he commented. “Everybody is going to be watching me to see what happens. If it goes right they’ll be telling each other how they always knew I’d do well in the end, but if it goes wrong they’ll all be saying: ‘I told you so!’” Starr saw taking Showcase over from David Essex, as the first part in a process of repairing his public image. “[Starr] has attracted a reputation as something of a liability,” explained journalist Michael Cable in 1983. “Now with a completely new management team behind him, and with the support and encouragement of old friends like fellow comedian Lennie Bennett, he has set about the task of re-establishing himself.”

“It’s nice to be wanted again,” Starr ruminated, recalling the bitterness of his experience at LWT. “I went through a terrible stage, three years of murder. I’m just very grateful to the people who had enough confidence in me to give me this chance. When it was announced I would be doing the show, people said that the BBC were taking a gamble – but the first thing I told the producer was that he need not be afraid of me. There really is nothing to be afraid of. The reputation I have got is mostly bar talk. Stories get exaggerated.

“People say I’m unpredictable – but that’s where that little bit of Chaplin genius that they also talk about comes from. It would be boring if I was totally predictable all the time. I’m happy to do exactly as I’m told – and then I’ll throw in the unpredictable bit as a bonus.”

The show itself failed to uncover any major new talent. Irish singer / songwriter Gerry Brown appeared on one episode and went on to sustain a career, and Simon Eyre of series winners, Second Image, (“North London’s answer to Kool And The Gang”) went on to gig as a guitarist. Starr fared little better, even though he described himself at the time as “one of a handful of stars who can actually put bums on seats”. His assertion that he hadn’t “even scratched the surface of the talent yet” would not get put to the test anytime soon.

Carving a career off the back of a talent show is not easy. Yet in 1983, it looked as if Paul Squire was about to become the exception to the rule. Success on talent shows Search For A Star and Starburst had led to an appearance for the young comedian on the 1980 Royal Variety Show and two series for ATV in 1981 and 1982 of The Paul Squire Show. By the beginning of 1983, the BBC had tempted him to switch sides, offering him his own Saturday night primetime show, Paul Squire, Esq in which he could sing a couple of songs, tell some jokes and do some impressions. “Mike Yarwood is the best,” Squire said of his contemporaries, “but I class him as an impersonator because he does everything to perfection. I class myself as an impressionist – that means I do a rough likeness”.

Paul Squire, Esq was standard Saturday night, consisting of sketches in which Squire would take off Frank Spencer or Doctor Who and two songs per episode. “I’m always messing around with my tape recorders, guitars and electric pianos even when at home,” he happily confessed. Squire found himself returning to ITV as Central Television offered him the chance to make his second new series of 1983. PS It’s Paul Squire was broadcast on Monday nights and featured much the same kind of material. Running through to August of that year, it was to be his last primetime television series to date. For someone who had received such sustained exposure over a short period of time, his subsequent absence from television remains a mystery, especially when he was considered good enough to be awarded comedian of the year at the Club Mirror Awards.

Squire continued to make a living, as many entertainers with some level of television exposure do, on the after-dinner circuit. “With a showbiz career stretching back to the age of five, there is little wonder that the highly talented Paul performs with such consummate ease and panache,” reads the hyperbole from his agents. “His comedy, uniquely his own and littered with hilarious impressions, is delivered impeccably”.

Next Monday: He has to allow you to do your bit