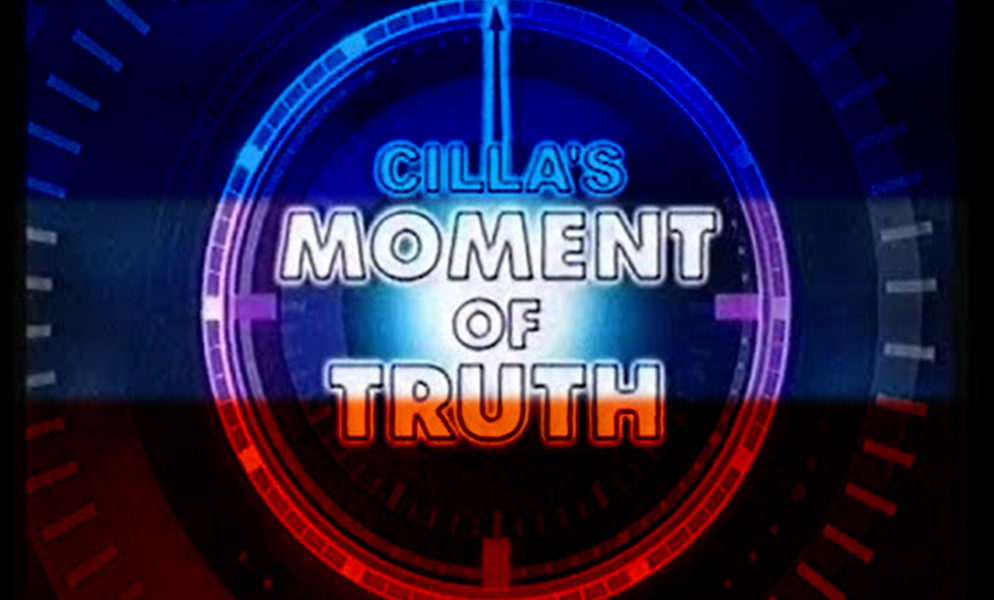 The 1998 summer line-up was uninspired on both channels, not helped by the World Cup interrupting proceedings for over a month. It looked as if the appetite for fantasy drama on a Saturday night had diminished, though – Crime Traveller had been axed and Bugswas relegated to a teatime slot in August, with the final three episodes dropped and finally screened a year later. Meanwhile ITV’s first attempt, the Neil Morrissey vehicle, The Vanishing Man, missed the boat entirely, performed poorly and wasn’t recommissioned. The big new drama of 1998 was City Central – basically a relation of Casualty involving a different emergency service. It picked up a sizeable audience, which stuck with it through three series.

With the sport-saturated schedules, summer was very much a time for experimentation and one-offs. Perhaps the most bizarre sight was the return of Man O Man for two shows in August. The new run was slightly more palatable than the original, with the arrival of guest celebrities adding some variety to the relentless voting and ducking the first time round, but this was hardly challenging or particularly entertaining viewing. Neither was Don’t Try This At Home – a new series that was You Bet! without the betting, right down to the choice of presenter – Darren Day. Mixing in-studio stunts with location reports and library footage, it was uninspired, but managed to last for a number of series once Davina McCall, Day’s sidekick in the first series, assumed sole charge. McCall would be a fixture of Saturday evenings for many years to come.

Someone else hoping to become a Saturday night star was Capital Radio DJ Steve Penk. In August, he told Radio Times, “The last successful Saturday night shows that caught the imagination were the first series of House Party in 1991 and Gladiators in 1992. There’s nothing that makes people scream, ‘Did you see that?’, when they go down the pub. I hope Truth or Consequences will be like that”. This pilot show was based on a very old format indeed, created by Ralph Edwards, the man who’d also devised This Is Your Life, many years previously for American TV. In fact it had been seen on British TV before, as the concept had also made up part of Game For A Laugh. And that’s basically what we got – hidden camera stunts and in-studio set-ups with members of the public, something that was revolutionary in the early 1980s but less so in the late 1990s. Penk himself was also fairly resistible as host, and the whole thing seemed hugely archaic. However a series was commissioned, this time labouring under the name Would I Lie To You?. Oddly, ITV screened the series in two batches, the first three in March 1999 and the second in August, perhaps aware it had a stinker on its hands. The second batch was most notable for one episode including the old game wherein a punter had to identify various objects by feel – screened 24 hours after a repeat of Not The Nine o’clock News on BBC2 had parodied its appearance on Game For A Laugh.

ITV had tried hard to find something to replace the ailing Blind Date, but it could never quite find the winning format – in fact it was so reliant the dating show that the 1997-98 run lasted longer than ever, with a run of compilations to keep it on screens until May, including extracts from the first ever episode. Come September, there was the most serious attempt yet to find a replacement. The next series was pushed back from September to November, and in its place came a new vehicle for Cilla – necessary, as one of David Liddiment’s first jobs was axing her long-running Surprise Surprise. The new show was The Moment of Truth, an Anglicisation of a Japanese format which originally went under the puzzling name of Happy Family Plan. Each edition saw a number of families select prizes from ‘Cilla’s Dream Directory’. They would only win these if one member could complete a challenge in the studio. These challenges would be staggering in their pointlessness – building giant houses of cards or memorising long lists of names or countries. We’d get to see a video diary of their preparation and, if they failed in their one chance, the prizes would be taken away. This was the most controversial aspect of the series – helped by the fact the prizes would be waved in front of them numerous times – and Cilla demanded that the kids received consolation prizes to avoid too many tears. Moment of Truth wasn’t much of a success – Radio Times called it ‘fantastically dire’ – but it continued for another few series.

New shows were arriving on Saturday nights at a rate of knots, although few were actually original. Despite the ostracising of Beadle, LWT still felt there was mileage in the hidden camera format, and Red Handed turned up on TV screens in September. The twist here was that the show did away with a presenter and studio audience altogether, and instead placed cameras behind the scenes, letting the production team explain what they were doing. William Phillips in Broadcast was sceptical of the idea, saying “Like too much LE, it thinks the audience wants to see its machinations,” and the lack of a presenter robbed it of much personality. Amazingly, after just one outing on a Saturday, it was rescheduled to Sunday and replaced with You’ve Been Framed – the first time that the home video show had run new episodes on a Saturday after many years on Sunday.

The BBC were also looking for new twists on old formats. Their new autumn series was Lenny Goes To Town, which started life as a Christmas special, Lenny Henry Gets Wild, in 1996. It featured sketches, in-studio stand-up and Lenny going on location to interact with members of the public. There was felt to be merit in the idea, and the eventual series saw Henry arrive in a different provincial town each week. Henry had clearly thought hard about the direction he wanted to go in, suggesting “The people who watch Comic Relief might wonder what I do for the rest of the year, because they might not be into Chef or the late night stand-up stuff. But I think they’ll be into this … If you’re on after the watershed and you’ve said the F-word, you’ve taken it as far as you can. This early evening show is more of a challenge”. Clearly the programme lived and died on Lenny’s personality, and he gave his all. Yet little thought had been given to what he might actually do on the programme other than banter with the audience. It was all over after six weeks. In 2004, Lenny would jokingly apologise for doing the show in the first place.

Next Monday: It was of a standard frankly well below what the public would want