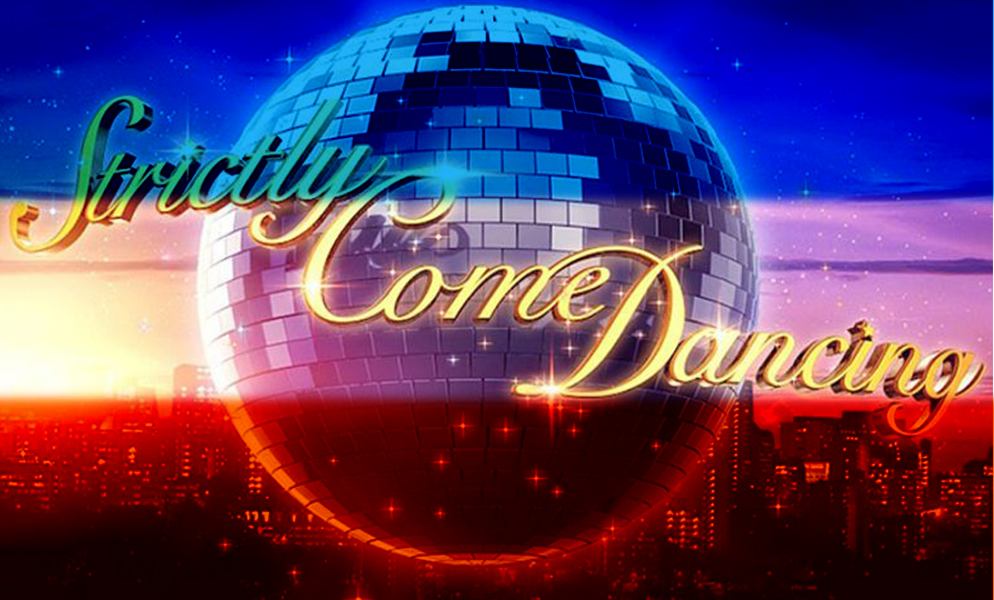 For a man so associated with Saturday night television, it’s surprising to realise that Bruce Forsyth actually didn’t appear regularly on a Saturday night for nearly a decade. Having left the BBC in 1994 to return to ITV, Bruce spent the next few years fronting a revival of Play Your Cards Right and a new version of The Price is Right, both of which normally went out on weeknights.

Bruce had said that he gave up The Generation Game because having to devise and learn five different games each week was becoming too tiring – which explained his illness in his final run, necessitating Jim Davidson filling in for one week and a hastily complied clip show. Now on ITV he had the “luxury,” as he put it, of fixed-format shows for the first time; series that were very simple to produce and could be recorded in batches. Each run of 17 episodes of Play Your Cards Right took less than a fortnight to film, which meant that while Brucie was still on television a lot – in 1995-96 he was on every week for six months with his two series screened back-to-back – he was working a lot less than in previous years. And as he was nearly 70, who would begrudge him that?

However, it was disappointing to see Bruce concentrating on forgettable game show formats. He couldn’t really bring his personality and his undoubted talents to a format such as The Price is Right. Everything had to be rushed through to fit into the half-hour slot.

Occasionally Bruce did get the chance to do something more challenging on ITV – such as An Audience with Bruce Forsyth in 1997 and a one-off revival of Sunday Night at the London Palladium the following year. This led to a full series of shows from the legendary venue, Tonight at the London Palladium, on Friday evenings in 2000, though this wasn’t a huge success, partly as it had the misfortune to come along at the same time as a glut of similar series –Jim Davidson Presents on BBC1 and The Big Stage on Channel Five followed the same template – and partly because some of the guests, such as Jimmy Cricket and Joe Longthorne, were not really the comedic forces they once were. As such, no further series followed.

There was now something of a problem for Brucie, in the shape of Emmerdale. In 2000, the soap was extended from three to five nights a week at 7pm, therefore filling up slots that had previously been the preserve of games and quizzes – there had been a quiz at 7pm on Fridays virtually since ITV had begun in the fifties. So where did these series go now? Many of the established quizzes, such as Family Fortunes, Catchphrase and Wheel of Fortune were shifted to daytime slots and stripped throughout the week, with an obvious drop in the prize budget along the way. Bruce was, of course, too big a star. The only other available slot for the latest series of The Price is Right, therefore, was on Saturday teatimes at around 5pm. Meanwhile Play Your Cards Right was dropped altogether.

Bruce felt teatimes were hardly the slot someone of his stature deserved, especially as the run began in mid-July – with the tiny audiences this entailed – and was then increasingly erratically scheduled, with weeks or even months between episodes, and the later shows going out a year or so after they had been recorded. Eventually Bruce snapped, and blamed ITV director of programmes David Liddiment for showing no respect and not even bothering to tell him when the shows would be going out. He even went as far as suggesting that he would never work for ITV again, and most pundits reckoned this would probably be the end for Bruce Forsyth on television.

Eventually Forsyth and Liddiment settled their differences, and Bruce was lured back into the studio in 2002 to record a new series of the recommissioned Play Your Cards Right. The format had been tweaked with a nod to the new breed of quizzes, so while four couples started the show, two were immediately sent home thanks to a random draw, while the cash prizes were jacked up substantially, with contestants no longer playing for a car but instead walking away with the wad of cash they’d accumulated. It seemed as if nobody’s heart was really in this revamped show, let alone Brucie, and despite all his arguments in recent years, it was still scheduled on Saturday teatimes and episodes were carelessly flung out whenever there was a gap to fill over a six-month period.

Things were to change, though. One night Bruce was watching Have I Got News For You, which since the dismissal of Angus Deayton had been using guest presenters each week. He told his wife he reckoned that was something he could do, and he decided to phone up Paul Merton and ask if they were interested. In June 2003, Bruce suddenly found himself back on the BBC. His appearance on Have I Got News For You had the same effect as Bob Monkhouse’s turn on the show a decade or so previously.  Bruce managed to parody his on-screen image while illustrating he still had the wit and the self-awareness to move with the times. The show was a huge success and reminded everyone that there was more to the old entertainer than the slick game show host. Almost immediately after, Bruce signed a new deal with the BBC and was back where many people believed he had always belonged.

Bruce’s first vehicle back on BBC1 came in January 2004. Again, it was a quiz show, but rather than simply sticking Brucie in any old format going – as had been the case with The Price is Right – the show that had originally been piloted as Playback was tailored to his strengths. It was even renamed Didn’t They Do Well! and, appropriately, celebrated the game show, with the questions being posed via clips from old series. Brucie Bonuses and gags proliferated, and if it wasn’t massively successful – ratings stuck at just under five million, which wasn’t bad opposite Emmerdale on a Thursday night – it proved he still had much to offer British TV even at his advanced age. As the great man himself said, “I’m so pleased to be back on television!”

Come May, the telly institution found himself back on Saturday nights, starring in another TV institution. It all began when BBC entertainment commissioner Fenia Vardenis wondered aloud if they could do something new with the ancient format Come Dancing, which had started back in 1950 and ended – when it was presented, ironically enough, by Brucie’s old Gen Game sidekick Rosemarie Ford – in 1995. Her boss, Wayne Garvie, thought there was something in this – “I thought there is something interesting about dancing. If we cast it properly we’ll achieve the slightly older BBC audience and bring in younger people too.” The hope was that this was a good way to ride the wave of the celebrity bandwagon but in a distinctive BBC fashion.

As such, in the renamed Strictly Come Dancing, eight professional ballroom dancers were teamed with eight celebrities, and each week they would be challenged to learn a different dance, with a panel of judges and the voting public deciding who was eliminated each time. Obviously it owed a lot to Pop Idol and the like, but added an old-school variety element that stopped it appearing derivative. And who better to take away the cynical edges than the newly-hip Bruce? As usual he sent up the contestants (“You’ve got nothing to beat!”) and everything else, but with his usual warmth and old-school charm.

As Garvie said, “He seemed like the most natural person to do it. He’s a phenomenon. A lot of people wince at Brucie’s gags, but they’ve been wincing at them for 40 odd years and that’s part of the charm. What I think is remarkable is that a man of his age can adapt to a modern entertainment show – a mix of reality, viewers voting, all live. He definitely brings in an audience that would not have watched the programme otherwise. And he can dance!”

It was Brucie’s first live series since Big Night a quarter of a century earlier. Fronting the show alongside Tess Daly, Bruce was enthusiastic – “Although all we get it at the moment is reality TV in different forms and guises, this is an entertainment show. They’re all professional people. We’re not getting celebrities and sticking them in a jungle or putting them in a kitchen. Strictly Come Dancing is another Generation Game. It’s a lovely package because it’s an entertaining show.” In a way the appeal was much like that of Celebrity Stars in Their Eyes – the chance to see celebrities in a position where they seemed genuinely nervous about what they were going to be doing, making them seem that little more real.

Before the series, the critics were somewhat lukewarm about the premise of the show – Garvie: “People thought we were a bit mad. We did a press launch and one journalist at The Star said we were barmy. Greg Dyke even took the piss out of me on Have I Got News For You” – but the public soon took to it and viewing figures topped seven million, making it the BBC’s most successful light entertainment launch on a Saturday night since the lottery. It even inspired The Times to note, “As reality TV plumbs new depths of vulgarity, it’s refreshing to see something so sweetly arch and antique on the up”. Inevitably it was immediately recommissioned for another series in the autumn even though, as Garvie pointed out, “Brucie was moaning the other day he had too much work. He goes to Costa Rica for holidays and he was worried about having to fit it in.”

Next Monday: Saturday nights haven’t been this interesting for 10 years

Related Items:An Audience with Bruce Forsyth, Bruce Forsyth, Didn’t They Do Well!, Frontpage!, Have I Got News For You, It's Saturday Night, Play Your Cards Right, Strictly Come Dancing, The Price is Right, Tonight at the London Palladium, Wayne Garvie
Share
Tweet
Share
Share
Email