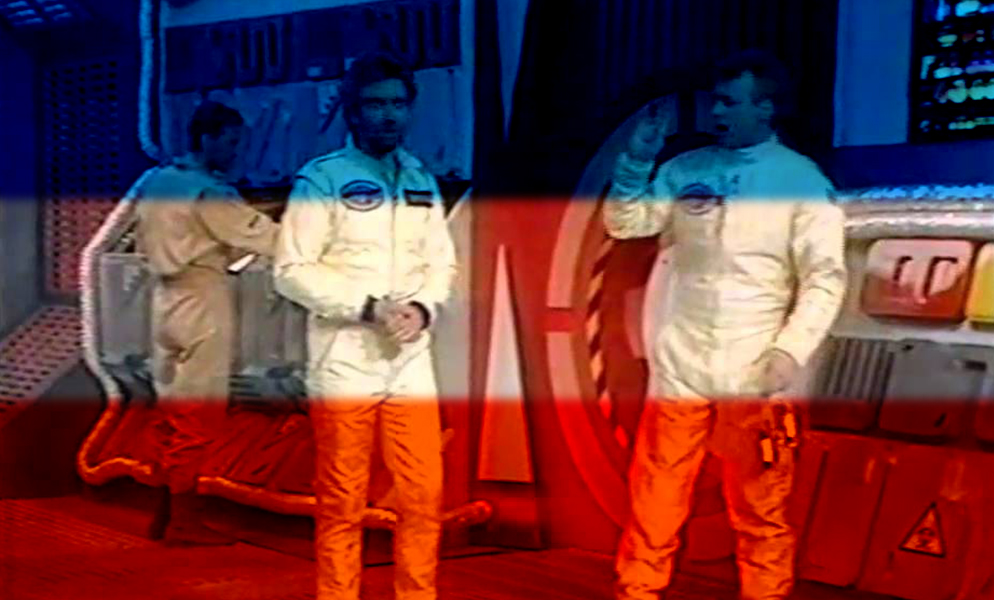 1988 brought with it the prospect of fresh new challenges. For the BBC, there was the continuing and ever accelerating reform of their practices at the hands of John Birt and Michael Checkland; and for ITV the promise of a highly unpredictable franchise renewal process just three years away. For both channels there was a requirement to consider how each should react to the impending arrival of satellite television (scheduled to launch in 1989) and perhaps of most concern, a need to try and discern how the ongoing government assessment of British television as a whole would impact upon them. 1988 was to be another of those years in which television attempt to protect itself from threats unknown and undefined. For any television company the most prudent strategy was also the most difficult to realise; namely to produce cost-effective, highly popular and critically acclaimed programmes. Given the pressures exerted upon them, it was perhaps unsurprising that, in 1988, the producers of Saturday night television turned ever more to established performers and productions.

Noel Edmonds’ comeback programme, Whatever Next,certainly served a purpose in getting the presenter back on to our screens after the traumatic events of 1986, but it had failed to attract a significant audience, or kind of acclaim. While never popular with critics, Edmonds was – in the 1980s – at least recognised as some kind of innovator, yet Whatever Next was roundly criticised for its derivative format. Central Television’s Spitting Image ran a sketch that put forward the suggestion that Noel had simply ripped of the “What Happens Next” round of the perennially popular quiz show A Question Of Sport. Hurt by such accusations of unoriginality and – worse still – plagiarism Edmonds went on record to confirm that he had no plans to produce any further series of Whatever Next. “I simply believe I can do better than that,” he claimed.

It was clear he had a hunger to return to live television, and to once again prove himself a force to be reckoned with. In his absence ITV had stolen a march, thanks largely to the burgeoning, unstoppable success of one programme: “Taking on Blind Date would be a real challenge,” he confirmed. Besides the work he had begun with the Late Late Breakfast Show seemed half done. It was evident from the success of that show that the essential formula Edmonds and his team had crafted was one that appealed greatly to the public. So, his return to live Saturday night television was inevitable.

Noel and director, Michael Leggo spent, according to “a very silly afternoon just kicking ideas around and making ourselves laugh a lot. And the next thing I knew –  because I was a director at the time not a producer – was that my boss, Jim Moir, called me into his office and said, ‘Congratulations you’re producing 16 shows with Noel Edmonds in the autumn. Here’s a blank piece of paper. Go and write something on it’. To which my first reaction is ‘oh shit’. That’s really how our creative relationship started, because there’s nothing like a deadline. September seemed frighteningly close.”

The Noel Edmonds’ Saturday Roadshow’s format was very reminiscent of the Late Late Breakfast Show – fast paced and featuring a number of distinct elements bound together by Edmonds’ presenting skills. The key elements consisted of a quiz in which members of the public or (on occasion) celebrities would find themselves subjected to the gunge tank; a secondary quiz called “Wait ‘Til I Get You Home” in which children were invited to answer questions about their parents; and secret camera stunts played on celebrities in the “Gotcha Oscars”.

However, unlike The Late Late Breakfast Show, there was an added element of artifice to The Noel Edmonds’ Saturday Roadshow. Basically, the joke was that each edition was broadcast from a different location. “There is a theme running through a lot of the productions I’ve been involved in on radio and television and that is, location fantasy,” says Noel.  “On Sunday morning radio I was in Dingley Dell for a while and then Perkins Grange, I don’t know where it comes from but, obviously House Party was set in the village of Crinkly Bottom.  We came up with the idea for roadshow, that every Saturday we’d be in a different location, so one week we would be in a railway station or in the Channel Tunnel and whatever, I mean it was, it was really stupid, but it seemed to work, it was trying to get people to tune in each week and see something different.”

“The engines roar. The great adventure is on,” proclaimed the billing for the first ever edition. “Noel Edmonds and his crew travel the world to bring you a show brimming with new features from places that other shows cannot reach. The first programme makes broadcasting history: the team are in the Channel Tunnel … ” In reality, each edition came from the same studio in Television Centre, however it did allow Edmonds plenty of scope for comic characters (including the regular appearances of Janice, played by Lisa Maxwell, the obsessed secretary of Noel Edmonds fan club) and other fictional bits of comedic business.

This notion carried over into the programme’s publicity, and from the second series onwards the Radio Times ran a regular, whimsical column entitled “The Roadshow Club”. Each week, readers were offered fictional club members only offers (such as a Noel Edmonds clip-on beards) and regaled with chummy cod-newsletter snippets such as “Hello Clubbies! Good news! The club members who bravely volunteered to go to the Antarctic and mend the hole in the ozone layer have returned safely. Their mission unfortunately, was not a success but they plan to make another attempt next year, ‘And this time’ says expedition leader Sir Ranulph Mainly-Fiennes-But-Becoming-Showery-Later, ‘we’ll take more cling-film.’”

Later episodes would see the show supposedly coming from all manner of exotic locations, including – perhaps most memorably – Latin America, where Edmonds attempted to bring us “the facts on Central American democracy”. The evolution in the Late Late Breakfast Show’s format can perhaps be attributed to the creative partnership Edmonds struck up with his new producer Michael Leggo. Prior to working with Edmonds, Leggo had been handling directing chores on The Les Dennis Laughter Show and so was well able to deal with a Saturday night light entertainment series. Indeed the two formed a cohesive partnership (bonding over “a bottle of Chardonnay or two”) that would serve them both, and the BBC in good stead in the years to come.

For now though Edmonds was undoubtedly back. The Noel Edmonds’ Saturday Roadshow was an immediate success, attracting up to 12.7 million viewers for the December 17 episode (featuring Leggo’s previous charge Les Dennis), and the BBC found themselves having to fend off Thames Television’s attempts to lure Edmonds into the presenter role of their hit series This Is Your Life. “I felt Eamonn [Andrews – the original presenter of This Is Your Life] was an impossible act to follow,” proclaimed Edmonds. However, given that at around that time the BBC offered him a new three-year contract, which included the right for Edmonds to create, develop and own his own shows, it is safe to say the decision had not proven too arduous for the presenter to make.

“To a certain extent [Saturday Roadshow] was quite popular, but its greatest contribution was sowing the seed for a permanent location, in terms of the great house in Crinkly Bottom,’ says Edmonds. ‘And it gave us the opportunity to develop the Gotchas or, as they were at that time, Gotcha Oscars before the Academy went apoplectic and threatened to sue the BBC for millions forcing us to rename them.  But, in many respects the, the best was still to come.”

As soon as the ink was dry on his new contract, Edmonds and Leggo began to work on a new Saturday evening format that would be owned by Edmonds.

Next Monday: You wanna bet on it?