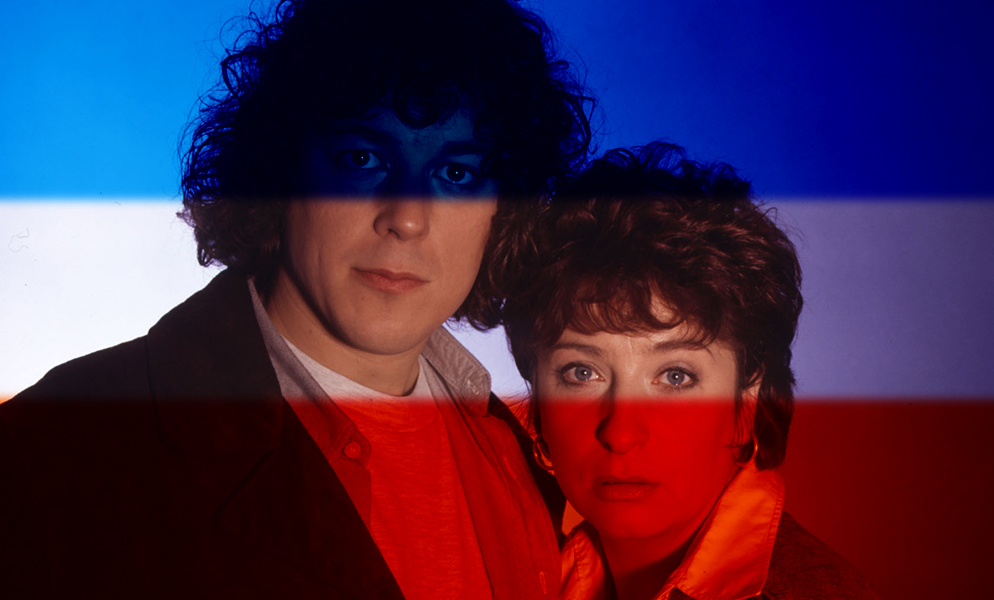 Crime Traveller never clicked with the Saturday night audience. A better attempt at light-hearted drama followed in May with the launch of Jonathan Creek. Although the two series shared a basic ethos, Jonathan Creek was clearly more rooted in reality – while the plots were fantastical, most episodes were based around everyday and mundane events, rather than someone leaping into the nearest time machine. Ironically Crime Traveller had been commissioned much quicker than Creek, and the latter’s production team, including David Renwick, had at one point assumed they wouldn’t get the green light due to the similarities. Of course while Crime Traveller was dropped after eight weeks, Jonathan Creek – the first dramatic production by the BBC’s entertainment department – turned into a big hit.

It seemed as if all the channels were in something of a state of stasis in 1997. This included Channel Four, who in January launched their first entertainment show on Saturdays since Don’t Forget Your Toothbrush. This was Last Chance Lottery, fronted by Patrick Kielty – a big star in Northern Ireland after he’d presented a number of entertainment shows for the local BBC1, but in the rest of the UK his only previous exposure was fronting After The Break in 1996, another variation of the Commercial Breakdown series originally fronted by Jasper Carrott. This new vehicle was hardly the ideal format for him, as it seemed to follow the example of its predecessor almost to the letter. Based around the idea of rewarding losers, each edition started with a reading of the night’s lottery numbers, before a series of songs, including a weekly musical guest, and games with members of the audience – more or less Toothbrush by numbers. Stephen Pile, writing in The Daily Telegraph, summed up the critical reaction to the series, calling it “seriously unfunny” and “the worst programme currently on terrestrial television”. He also suggested it “proved just how hard it is to create a Toothbrush-esque occasion”. Fair comment; the series was dropped after one run.

1997 also saw the arrival of another option on Saturday evenings, with the UK’s fifth terrestrial channel opening on Sunday 30 March. Channel Five’s Saturday night line-up, much like the rest of the week, consisted of cheap films and imports, but there was one new entertainment show. Night Fever, like the rest of the channel’s output, was cheap and cheerful. The ludicrously simple format saw two teams of micro-celebrities (men vs women) facing off at karaoke, while over the hill pop stars and tribute bands crooned old tunes. Presiding over events, and looking throughout as if he’d rather be elsewhere, was Suggs, and the whole hour was surely one of the tackiest programmes to hit our screens for many years. Yet it seemed to have its tongue in its cheek, and the resulting romp gained a loyal, albeit tiny, audience for a few years – though Channel Five never launched another home-made series to go alongside it, simply flinging on repeats and imports while it was off air.

The Beeb did launch two new entertainment series in 1997. The first, Whatever You Want, replaced House Party in April 1997, and was largely successful without pulling up too many trees. The series revolved around members of the public taking part in games and quizzes to win the chance of a once-in-a-lifetime experience, such as meeting a favourite celebrity or achieving a long-held ambition. Gaby Roslin presented, having a rather happier time of it than on her previous Saturday series, C4’s ill-fated Gaby Roslin Show, although it was alleged that most people in the industry referred to the show as “Dim’ll fix it”. Despite running for four series, the only real legacy of Whatever You Want was that of its creator – David Young, a young producer who was getting something of a reputation for his enthusiasm for light entertainment. He would go on to play a big part in our story.

The other new concept was The Other Half, a new quiz with Dale Winton who needed a format after Pets Win Prizes had been dropped. He said he knew the show was right for him when the producer said to him, “Here is one woman and three men – which is she married to?” – Dale reckoning that the best game show formats can be explained in a sentence. Certainly, it was easy to play along at home, and Dale could often generate laughs with his regular jaunts around the contestants’ homes, but it wasn’t really the sort of thing that empties the pubs on a Saturday night, despite this too lasting four series.

The same could be said of The Big Big Talent Show, which returned in the summer of 1997. Jonathan Ross presented as before, this time joined by Sun TV critic Garry Bushell. However in a step backwards, the programme was now pre-recorded, with the studio audience alone deciding the winner; the same format as Stars In Their Eyes, yes, but taking the decision away from the viewers removed some of the appeal. Singer Lydia Griffiths was therefore the second, and final, winner.

The decision to bring back the successful Big Big Talent Show was a no-brainer. The same could also be said – though with a rather different meaning – of the reappearance of The Shane Richie Experience, despite its critical slamming the previous year. However Granada, still committed to Richie, had made some welcome changes – the songs were dropped, as were the bottom-related games, while the top prize was the chance to get married anywhere in the world, all expenses paid, as opposed to in a shed round the back of Granada Studios. To complete the revamp, and to perhaps distance itself from the bad press, the name was also changed to the less phenomenal Love Me Do. However it was felt the show was toned down to such an extent that it lost any sort of curious appeal it once had. The timing was also slightly iffy, as Richie later admitted – “I don’t suppose anyone remembers it much today. More people were watching Countdown. I never felt very comfortable with it. I was on television, promoting monogamy and there I was slap-bang in the middle of an affair. I had to do it – I was still under contract to Granada, but it was never my sort of show and was more suited to somebody like Cilla or Dale.”

Despite everyone’s efforts, by the end of 1997 we were more or less where we were two years previously – with the same long-running shows still playing to gradually declining audiences. New ideas were now not just desirable – they were crucial.

Next Monday: I award the city state of Milton Keynes 100 credits!