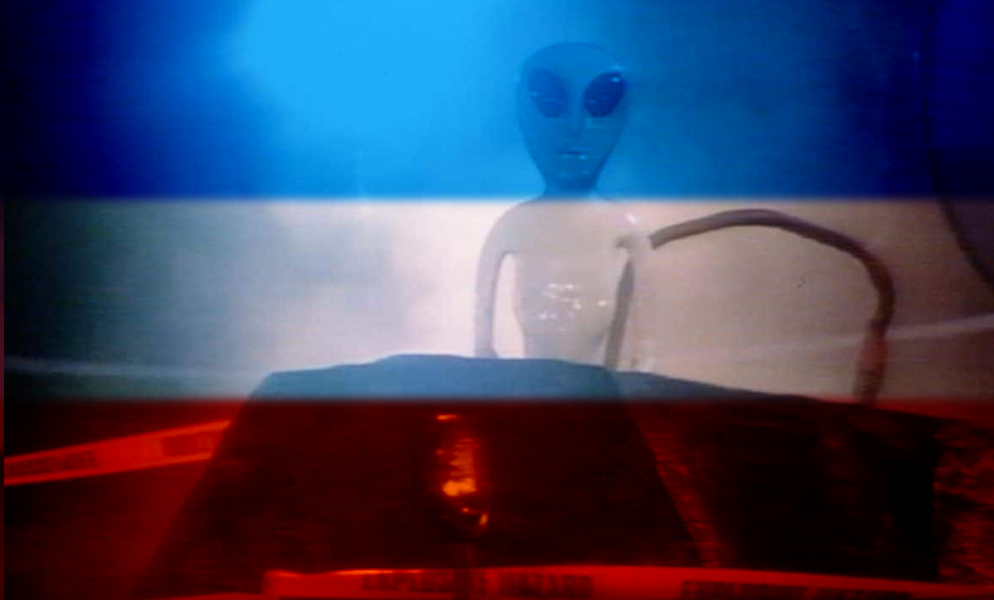 ITV was still floundering with early Saturday evenings. The first new show of 1996 was Beadle’s Hotshots, a format which had been piloted 18 months previously and pulled in a large audience – though much of this was clearly thanks to the fact the pilot was shown in the middle of a series of You’ve Been Framed, replacing it for one week. The two shows were similar in that both were made up of videos submitted by the public, but while You’ve Been Framed was devoted to unscripted moments, Beadle’s Hotshots invited the public to create their own comedy sketches – much as Noel Edmonds had done in the early days of The Late Late Breakfast Show. Fourteen years on, camcorders were more commonplace, and enough material was generated for a whole series, but the 8.15 slot meant it struggled for an audience from day one, and much of the series was about as funny as you’d expect comedy sketches written and performed by members of the public with no previous experience to be – ie, not very.

However Hotshots did manage to land a second series in 1997, but now on Friday evenings – yet this suffered the indignity of LWT, the producers of the programme, asking ITV to drop it mid-run because it was performing so badly. At the time Beadle’s famous thick skin must have been particularly tested, as 1996 also saw Beadle’s About come to an end after nearly a decade. The final series began in June in the hugely prestigious slot of 5.20pm, with the first instalment featuring perhaps Beadle’s greatest ever sting.

“The alien stunt is for my money probably the finest I’ve ever seen,” says Beadle. “I mean I hate to say it, it sounds so conceited and vain and it’s not meant to be. And I’m looking at this as a viewer and as a producer and a writer.” The idea actually came from Beadle’s producer, Clive Doig. “I heard myself say ‘it’ll never work,’” remembers Beadle, “and I stopped: because for years that’s what I’d had people saying to me about all my ideas. ‘It’ll never work’. And I thought, ‘God I’m getting old’. And so we went through it.”

It was the most expensive stunt ever filmed by the Beadle’s About team. “We basically landlocked a whole part of Dorset off and we had Marines and the Coastguards. The Police. The Fire Brigade. The Ambulance. Unbelievable amount of work went into it. And [exec producer] Nigel [Lythgoe], to his eternal credit, said: ‘how much is this going to cost?’ And I told him. He said: ‘but that’s your budget for the series’. I said: ‘yes I know’. He said: ‘well what’s your contingency plan?’ I said: ‘we haven’t got one’.  He said: ‘well what do you mean?’ I said: ‘the only way that this show can thrive and survive is by living dangerously.’”

In Beadle’s view it was essential for the series to revamp and try something sensational. The stunt centred around Dorset homeowner Janet Elford and featured a UFO crash-landing on her property. “She was just the most perfect person,” he says. “I was in a field in a big 40-seater coach with her  family and we were wetting ourselves. Absolutely wetting ourselves. Who but the public could turn round to an alien and say: ‘would you like a cup of tea?’ You can’t write it. And she starts singing, I believe. To an alien. And we even played Close Encounters of the Third Kind music.  It’s a stunt I’m extraordinarily proud of, because everything worked the way that the researchers plotted and planned for. None of them used to sleep the night before. And this was a particularly heavy one.”

It may have been a creative highpoint, but viewing figures for Beadle’s About failed to climb much above two million – half what BBC1 was achieving with repeats of Dad’s Army, and a fraction of what the show had achieved in its pomp. So ITV suspended the series mid-run, flinging the final episodes out at teatime in the autumn. Twelve months later, Beadle was also replaced as the presenter of You’ve Been Framed, and one of the biggest names on Saturday nights for the previous 10 years or so was without any programmes at all.

Another familiar ITV face in trouble was Michael Barrymore, who in the year since the last run of Barrymore had found himself on the newspaper front pages virtually every day. After coming out on a gay radio show, ending his marriage and releasing a truly awful album, some pondered how any of this might impact upon his relationship with the public. There was the chance to find out in February 1996, and the papers seemed to get an answer a few weeks later when it was announced the series was being rescheduled from 7pm to 6pm; an admission that ratings were not what was expected. LWT claimed the series was too similar to its BBC opposition, Noel’s House Party, and that at 6pm it would offer an alternative to The New Adventures of Superman.

Here it swapped slots with The Shane Richie Experience, yet another attempt at doing something different on Saturday nights. Richie had signed an exclusive deal with Granada after leaving the BBC claiming they were only interested in using him on children’s programmes. The first fruit of this new contract was the cheerfully awful quiz show Lucky Numbers, which ran for a few years. The main focus, though, was on this new Saturday night entertainment show, piloted in August 1995 and promoted to a whole series from March 1996. The format took advantage of the new relaxed marriage laws in the UK that meant weddings no longer had to be conducted in churches or register offices and offered as a prize the chance to get married there and then on national television. To get that far, however, you had to participate in a number of games – including, unforgettably, the ‘Laundrette of Love’ where the brides-to-be had to identify their partners from their backsides. Musical guests sung a few songs, as did Richie himself, and the nation’s TV critics exploded at the crassness of the whole thing, claiming it trivialised the institution of marriage.

In any case, Richie was somewhat resistible as host, and the tacky nature of the whole thing failed to impress. The Daily Express quoted an “ITV insider” as saying “The programme has done extremely badly and will be dropped after this series. Shane is still Shane, he is a big star and he will continue with us, but we are already looking for a new format for him.” They also added, “It is ironic that everyone has been going one about how Michael Barrymore has lost viewers, but the real problem with Saturday nights has been Shane.” The paper’s TV critic, Roy Hattersley, also weighed in, suggesting “The early evening schedules are crammed with juvenile rubbish.”

Next Monday: Building the excitement and tension to a crescendo