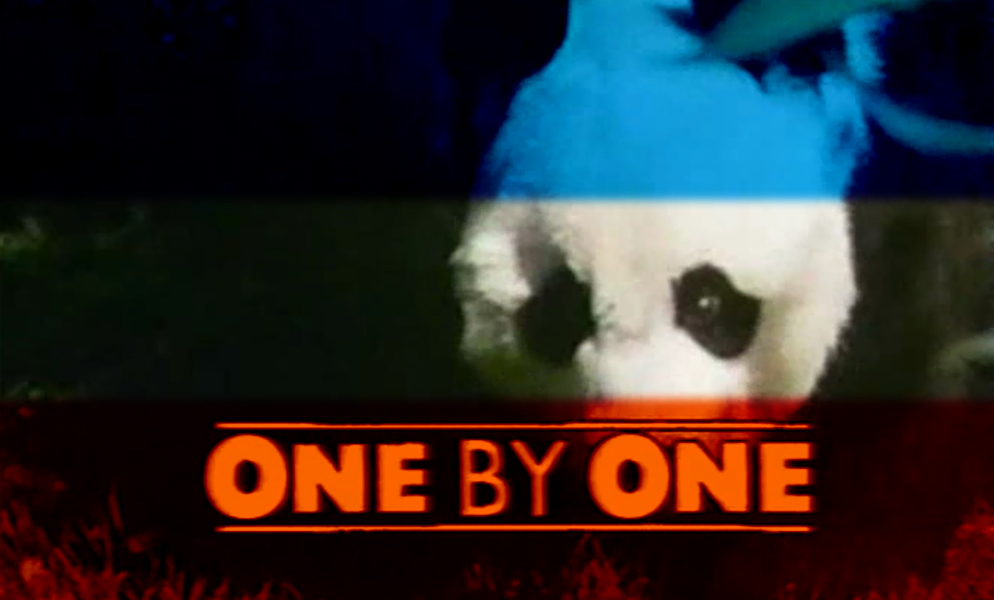 Of course, Casualty and The Houseman’s Tale were unrepresentative of the BBC’s previous homegrown Saturday night dramatic fare. The lineage of The Duchess of Duke Street, through All Creatures Great And Small and Juliet Bravo, suggested that – if anything – Saturday night drama on the BBC tended to be picturesque. Some remnants of that old school of programme-making survived into 1987. However, not Juliet Bravo. The popular police series bowed out in 1985 with a very creditable 13.5 million viewers tuning in for Wally K. Daly’s “Girl Talk” (broadcast on 30 November). Repeat screenings on Tuesday evenings during 1986 and 1988 were able to attract just less than 10 million viewers, thus cementing the series as one of the BBC’s more popular Saturday night offerings.

Thus in 1987, One By One seemed to be many to be the last of a dying breed. Yet it too was on its final series. Created by Bill Sellars (who had previously produced All Creatures Great And Small), it was difficult not to view One By One as a sequel of sorts to that earlier series. Both were period pieces (with the first series of One By One set in the early 1960s), both were adaptations of autobiographical novels (One By One was based on the writings of David Taylor), both featured vets as their central characters and both cast relative unknowns into those roles. “I was in obscurity until this series,” recalls Rob Heyland (who played the lead role of Donald Turner). “The Metropolitan Police have got more on me than the newspapers! I did do one line in The Professionals when I said ‘Grub up, Miller’. I think I did it very well. My agent heard [the BBC] was looking for a young, handsome man and sent Bill Sellars a picture. Bill agreed to see me, but when he did he was a bit shocked. I think they thought with plastic surgery and gentle care they could just about make me presentable.”

Over its three series (broadcast in 1984, 1985 and 1987), One By One portrayed the progress of Donald Turner’s attempts over a ten-year period to establish himself as a freelance international vet. Unlike All Creatures Great And Small, the action primarily took place within zoos and safari parks and so One By One was able to adopt a markedly different tone to its predecessor. While idiosyncratic and eccentric characters still appeared (most notably James Ellis as the cantankerous liquor-drinking, animal-loving Paddy Reilly) the emphasis was less on the community within which Turner worked and more on the function of his veterinary practice. One of the most pivotal elements of All Creatures Great And Small (namely the owners’ relationships with their pets) was totally underplayed. The period setting too, was not as central to the feel of the series as it had been in All Creatures Great And Small and where the earlier series had seemed to capture an idyllic and nostalgic view of pre-war Yorkshire, One By One offered the viewer no such rose-tinted perspective. Here the drama was resolutely focussed on the business of caring for, and maintaining animals.

All in all, One By One fared pretty well with the 1985 series peaking at a very credible 14.9 million viewers (compared to the 15.4 million viewers that tuned in to that year’s All Creatures Great And Small). In addition there was effusive praise for the series with viewer Jackie Sailer, just one of many moved to write to Radio Times to say “Thank you, BBC for the best programme on television”. Similarly Mrs Simpkins wished to award “full marks to a splendid team of actors, especially Rob Heyland. His portrayal of the nervous newcomer in the first series who becomes the mature, self-confident, deep-feeling person we saw in the second was marvellous to watch.”

Yet, there were concerns expressed regarding the morality of keeping wild animals in captivity (one viewer felt moved to comment that One By One tacitly condoned cruelty to animals by depicting them as living in poor conditions) as well as the overall tone of the programme. “One by One is normally a delightful, gentle little series, especially appealing to animal lovers,” complained Pamela Wood. “But in the episode of 2 February (1985) we were witness to one terrible atrocity after another. All in the space of one programme, we were subjected to seeing beautiful cats shot to death; watching the man who loved them clear up the mess after the slaughtering and butchering of their bodies; and hear of the death of a gorilla, who pined away far from its mate. Not content with that, we had to watch Donna, the elephant the writers made us love dearly, lie down and practically die before our eyes.”

Clearly, One by One suffered from an identity crisis (in the minds of some of the watching public at least). Despite the programmes’ obvious differences in tone and subject matter, it seemed as if the preconceptions of what a veterinary drama should be had been rigidly defined in the minds of the viewers by All Creatures Great And Small. It is perhaps for this reason that some debate appeared to take place within the BBC before committing to a final series (certainly viewers were initially advised after the 1985 series that there were no plans for a further run). Consequently, fans such as Mrs Simpkins and Jackie Sailer had to wait until 1987 for what would turn out to be the final series.

Ratings dimmed somewhat for One By One’s last run, peaking at 13.2 million, but this was still a respectable figure. Nevertheless, the series wrapped up on 2 May 1987 with the episode “Coming To Terms”. One by One is not widely remembered today. Perhaps in our collective memories its greater moments have become misattributed to All Creatures Great And Small. Certainly one can easily imagine the memorable scene referred to by Pamela Wood above as being misattributed to “the one where James Herriott had to put down the elephant”. One interesting footnote: Rob Heyland has gone on to become a very successful television scriptwriter working on the Ross Kemp series Ultimate Force and Without Motive. Heyland has even written for one of the most obvious and successfulAll Creatures Great And Small clones of all – Heartbeat.

Next Monday: I don’t care if he doesn’t like me