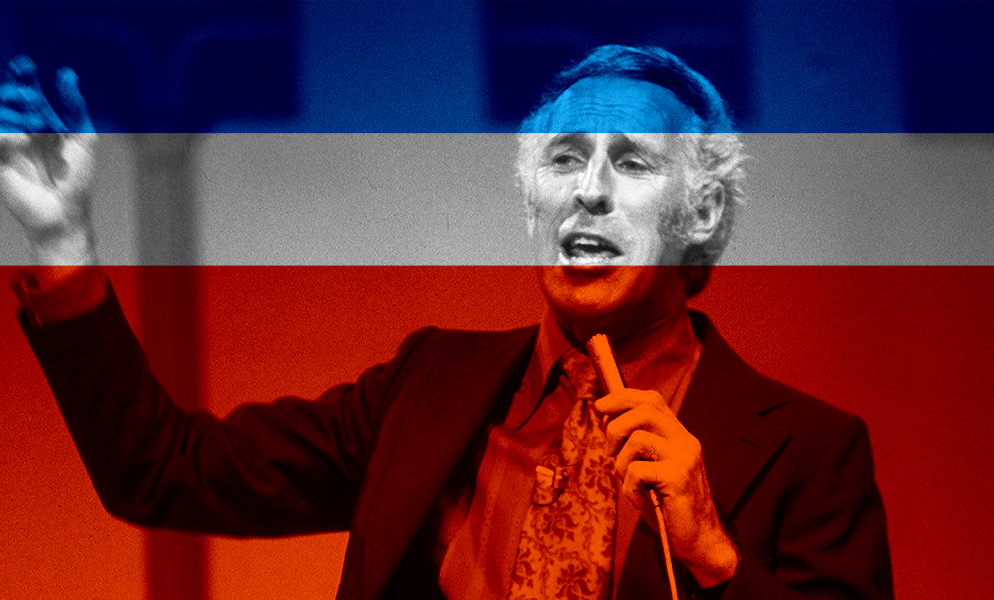 By the late 1960s, Bruce Forsyth had been a big star for a long time. Since coming to prominence in 1958 as compere of Sunday Night at the London Palladium, the show biz all-rounder (also known during his career as ‘Boy Bruce’ and ‘the Mighty Atom’) had danced with Sammy Davis Jnr. and performed a double act with Nat King Cole. However, it was for his interactions with the audience and ability to turn the game show spot, ‘Beat the Clock’, into one of the evening’s highlights that Forsyth had forged a formidable reputation. Such was his confidence that once in 1959, he successfully attempted a challenge that no one else was to be able to match over the next 18 weeks; namely to bounce a ball off a bass drum on to a snare drum and a cymbal, to then be caught by an assistant.

Although Forsyth invested a lot of energy in attempting to broaden his appeal (he appeared in the 1968 Julie Andrews film Star! and would later release a double album including excerpts of his live performance, plus a disc of songs), his innate ability to insult members of his audience and have them love it seemed to have a British-only appeal that condemned him to a life of audience participation entertainment.

Bill Cotton recalls a visit to the 1970 Montreux Festival in which he came across a Dutch series called One out of Eight. Instantly recognising the potential of what he saw as a “new kind of game show” he made its creator, Mise Bowman (a Dutch housewife inspired by ‘Beat the Clock’), the not altogether generous offer of 25 pounds a show for the copyright. “Still,” Cotton recalls, “she did do well. Once the format became a success in Britain she was able to offer it to German television for a thousand pounds a throw.” One out of Eight allowed members of the public to participate in a number of silly games, yet it marked a departure from previous shows in that, the reaction and behaviour of the contestants was the focus of the programme, rather than the outcome of the game. The general public would not only be allowed to demonstrate their pot-making skills on television, but would be given an opportunity to make a fool out of themselves by acting in mini, comic playlets. Cotton knew he needed to prune some of the elements (out went the chat show section), but more importantly, he needed someone with a proven track record for dealing with the public; he had no hesitation in deciding that Forsyth was the man for the job.

However his quarry was in the middle of a period of angst and self-analysis. Forsyth was insistent his talents as an all-round entertainer were being wasted, and claimed he was becoming typecast as a game-show host. It took the persuasive powers of agent, Billy Marsh, to finally get him to accept the job. Marsh had immediately recognised the appeal of One out of Eight and was determined that Forsyth was to be at its helm. With Bruce on board Cotton asked for a pilot to be made.

He remembers that it “worked well. The producers over-recorded in order to try out as many games as possible and get the scoring system right … I saw the recording and loved it.” The first programme proper was recorded on the Thursday before the show’s opening night. Cotton was unhappy with it, claiming it tried to recreate the magic of the pilot and failed dramatically. So, Cotton took the decision to re-edit the pilot down from its current duration of 80 minutes and broadcast that instead. Forsyth was initially aggrieved by this decision (the editing made a mockery of the scoring), but as soon as the unanimously positive newspaper reviews began to roll in all was forgotten.

The Generation Game (as One out of Eight was re-christened) is still the most successful British game show of all time. Bruce was voted TV Personality of the Year in 1976 and 1977 and the show featured in the top 10 most watched programmes of the week right throughout the 1970s. Coinciding with the irresistible rise of Morecambe and Wise, by the end of 1971, Bill Cotton could give pause to reflect happily upon what he had achieved for the BBC, and in particular for Saturday nights.

Next: “A rising exasperation with the quantity of dirt”