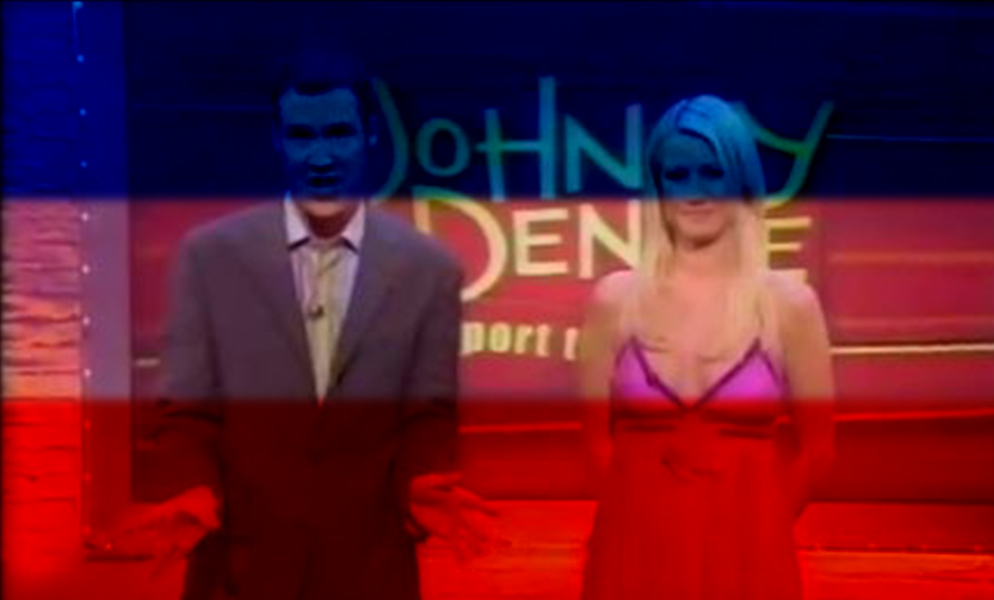 As one veteran broadcaster rejoined the BBC, an equally venerable TV star was making his way out of TV Centre. Michael Parkinson had been as successful and as influential on the revived Parkinson as he had first time around, but come 2004, change was in the air. The problem, as far as Parky was concerned, was that Match of the Day was to return to Saturday evenings in the post-10pm slot that he was currently occupying. The general consensus was that he would be shifted earlier in the schedule, as had been the case in 2000 when the two were both screened on Saturday nights. Parkinson, however, said that as a talk show, Parkinson needed to go out after 10 o’clock, and an earlier timeslot would turn it into a ‘different’ show. He was also upset that nobody from the BBC had consulted him about these changes. As such, he announced he’d signed a contract with ITV to do exactly the same show on Saturday nights.

The BBC seemed unconcerned. Jane Lush, head of entertainment commissioning, said, “Michael has done a brilliant job at the BBC – but as Lorraine [Heggessey] said at the time, we move on. I get the sense that the public felt, ‘Actually, he’s turning down nine o’clock on Saturday night, it wasn’t such a bad offer’.” Wayne Garvie added, “I don’t know why he went. I believe ITV are paying twice as much. That might be a clue.” Garvie wasn’t that bothered – “Saturday nights haven’t been this interesting for 10 years. We have turned a big corner in BBC entertainment. We were a very difficult case two years ago, now we’re in the midst of a very good period.”

Right on cue, then, the BBC followed up Strictly Come Dancing with a big flop. Johnny Vaughan signed an exclusive deal with the BBC in 2001 after his success on The Big Breakfast, but the corporation was never able to find a vehicle for his talent to shine. Sitcom ‘Orrible, which he wrote and starred in, was both a critical and commercial flop, while his Letterman-esque late night chat show Johnny Vaughan Tonight had good moments, but never became a must-see. A revamped early evening version for BBC3, Live at Johnny’s, was lambasted in the press for its poor audiences, although a series on a digital channel opposite EastEnders was hardly likely to set the BARB boxes alight.

Finally in July 2004, Johnny was paired again with Denise Van Outen in the hope of replicating their massively successful Big Breakfastrelationship. They were to host the rather awkwardly-titled Johnny and Denise: Passport to Paradise, a live mix of games and stunts which would end with a lucky member of the studio audience winning a holiday in the titular ‘paradise’. Any similarity to Ant and Dec’s Saturday Night Takeaway was, obviously, completely coincidental. Among the items were a weekly lookalikes competition, a feature nicked from Live at Johnny’s where viewers sent in daft photographs and a song from Denise where she was accompanied by the friends and relatives of a hapless member of the audience who would have to identify them.

Perhaps the best moments on Passport to Paradise came from the live link-ups to a public place, where viewers would be invited to phone up anyone who was present and get them to take part in a daft stunt to win a prize. Inevitably there would always be some hanging around while they waited for someone to join in, and the ad-libbing from Johnny and Denise was often particularly amusing. Sadly this sort of inspiration wasn’t apparent in the rest of the show. It seemed as if the sort of chemistry that came about during two hours of television a day was harder to come by in 50 minutes a week.

The show also suffered from a lack of ambition; the tiny studio set and low-key items made it come across as a sort of own-brand version of Saturday Night Takeaway. It’s true that Vaughan was also always an acquired taste and to package him as a Saturday night entertainer seemed foolish. Later, Van Outen would express her dismay at how the series went – “The area that Johnny and I are really good at is ad-libbing and going off-script. The show we wanted to do wasn’t what the BBC wanted, which was phone numbers and competitions. It wasn’t anyone’s fault, but it was a constant battle.”

Passport to Paradise wasn’t the biggest flop of the summer, though. That honour goes to Simply The Best, a new series on ITV that yet again attempted to replicate the success of Gladiators. Perhaps the most notable aspect of the series in pre-production was that it was a co-pro between Carlton and Channel Television, not only the latter’s first ever Saturday night show, but their first network commission full stop for about a decade. They were involved as the show was to come from an open-air arena in Jersey, acting as a “neutral venue” for cities around the UK to do battle and find out which one was, yes, Simply The Best and win a cash prize to be spent on community projects.

Simply The Best was actually based on a format almost as old as Come Dancing, the French series Intercities that had been running since the year dot. Fronted by Kirsty Gallacher (or “Kirsty Gallacher in a bikini” as the trailers pointed out repeatedly, suggesting the target audience) and Phil Tufnell – unsurprisingly, a former I’m A Celebrity … winner – each week two cities would be represented by two celebrities and six members of the public in a number of undignified It’s a Knockout-style games, most of which involved carrying around buckets of water and falling over and were normally hideously over-complicated. A number of musical guests added an element of summer cabaret to proceedings and helped pad it out to a whopping 90 minutes.

Simply The Best fell foul of the same problems as programmes such as Ice Warriors. Each team was recklessly overmanned and as it was impossible to remember who was who. The games were often just irritating – one in which the contestants wore giant plugs on their heads and had to be directed in sockets seemed to go on forever – and it was impossible to care who won. One episode was recorded in non-stop pouring rain which, while in the grand Knockout tradition, made for a hugely depressing watch.

It was as if the last 20 years of Saturday night telly hadn’t happened, with its inane games, constant shouting and Z-list celebrities – for example, former Blue Peter presenter Stuart Miles and glamour model Leilani. Responding to poor ratings and critical derision, ITV made a change – and inexplicably extended each episode to an incredible two hours, almost as if they’d completely given up. This continued throughout the summer, but the grand showpiece final found itself relegated to that hallowed slot of half past three in the afternoon – not quite the thrilling climax that had been anticipated.

It was tempting to suggest that Simply The Best was the final flowering of this kind of noisy and crass light entertainment on a Saturday evening – it seemed to date from another age altogether. While Strictly Come Dancing had added charm and glamour to an old format,Simply The Best’s attempts to bring an It’s a Knockout-esque affair into the 21st century seemed to be a constant stream of “dollybirds:. When you’re promoting your show with the promise that one of the hosts will be wearing a bikini, it’s obvious you’re not going to be pulling up many trees.

So the venerable, sensitively-updated BBC format had completely managed to outclass the rather tacky ITV format. 2005 would see a repeat battle …

Next Monday: It’s the usual nonsense