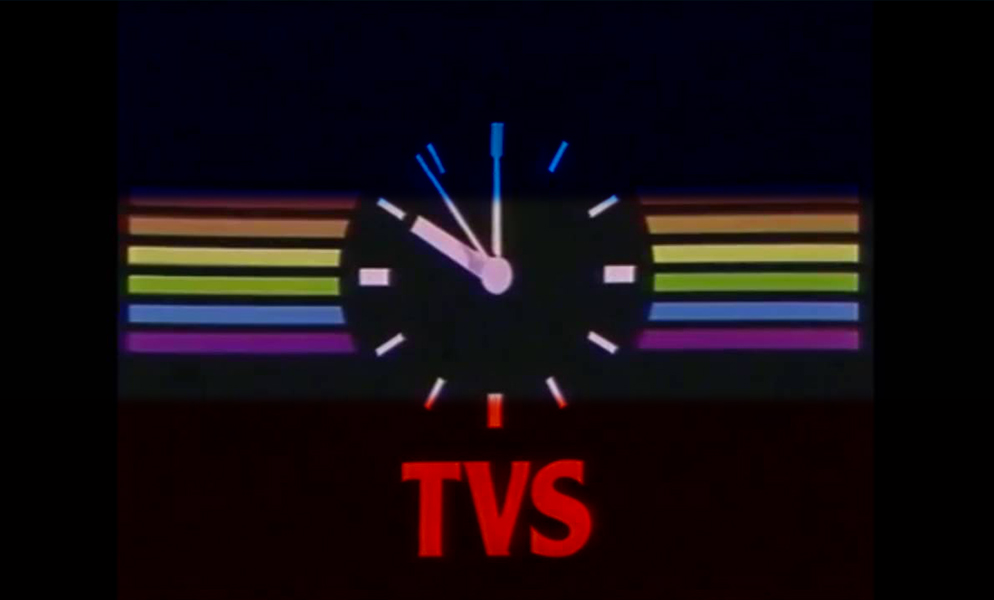 For all its attempts at breaking new ground, Bobby Davro On The Box appealed to a relatively conservative audience. Journalist Stewart Knowles attended a recording session and noted that “a mostly middle-aged studio audience” had turned up to watch Davro and comedy partner Jessica Martin run through “Total Relapse of The Throat” (a spoof of the Bonnie Tyler hit “Total Eclipse of the Heart”) and “Watch Your Vows” which Knowles reported as a “merciless spoof of TV game shows”. Neither sketch sounded as if it were subversive enough to appeal to a younger audience. Yet future Friday Night Live stalwarts Moray Hunter and Jack Docherty both wrote for the series.

“I remember one point I had a bet with Bobby,” says his producer Nigel Lythgoe. “He wanted to do this joke where he walked in to a bar and said, ‘have you got a packet of helicopter crisps, and the guy behind the bar said no we have only got plain’. And I said ‘that’s just not funny Bobby, it’s corny – just don’t do that, and he bet me £10 that he would get a big laugh out of this. So I got called out of the the gallery to listen to him tell this joke and he told it and the audience loved it, and I had to pay him £10. It was only two years later he admitted to me that he had wound the audience up to laugh at the joke. He never gave me the £10 back though.”

Bobby Davro On the Box pulled in a highly creditable 12.5 million viewers (just a shade below Copy Cats) and its title sequence (with Davro endlessly changing channels on a television which seemed to broadcast nothing but him mid-impression to a catchy but modern theme tune) was immeasurably less dated than Copy Cats. It put the comedian ahead of a chasing pack that included Gary Wilmot, Jessica Martin and Andrew O’Connor.

Davro and TVS’ success was largely down to director of programmes Greg Dyke’s plans for the station. Since his arrival in 1984, he had reconstructed TVS’ programme making culture, imbuing it with the kind of populism that had already propelled him to success at LWT and TV-am. In turning the station into the fiercely aggressive force that it became in the late 1980s, Dyke rebuilt almost the entirety of the company’s programme-making team. He brought in John Kaye Cooper (who had produced The Faith Brown Chat Showin 1980 and would go on to executive produce Gladiators in the 1990s), to handle light entertainment as well as Graham Benson for drama and Clive Jones for news.

“TVS was a real little hive of industry at that point,” says Nigel Lythgoe. He remembers that when he first joined “if you wanted overtime, you would have to consult the tidal chart to see if [the management] were going to be out boating or not. But after a couple of years, we were a little machine, and people loved being a part of it.”

If there was any doubt that ITV’s most lucrative station harboured big ambitions, Dyke and James Gatward (TVS’ founder)’s attempt in the mid years of the decade to attain proper major company status within the ITV network made their position clear (historically ITV had operated a two tier system, in which the larger companies – Granada, Central, Thames, LWT and Yorkshire -effectively controlled the ITV schedules, leaving remaining regions such as Grampian, Anglia, Tyne Tee etc with very little influence over ITV network issues). Beginning in 1985 with a presentation to John Whitney (Director General of the IBA), designed to win the IBA s support, Gatward and Dyke realised they needed to make the Authority understand the contribution that TVS was already making to the rest of the network, as well as outline the company’s potential to benefit ITV into the future.

“We believe the ITV structure is vulnerable, particularly at weekends,” so claimed their presentation. “There is an inherent structural weakness in the system because it relies so heavily on one major company – LWT – for both the quantity and quality of programmes for the weekend schedule. We are not saying that the three 7-day Majors do not produce programmes of sufficient quality and quantity, but that these companies traditionally prefer to see them used to maintain the strength of the weekday schedule. What is needed is an increase in the amount of domestic peak time quality available, not only to keep the weekday schedule fully competitive, but also and more importantly to improve the weekend offering”.

The prosperity of the South of England and TVS’ already burgeoning programming output, meant that the argument was put forward by the station that it should be awarded Major status for the weekends with immediate effect, and seek to go to seven-day Major status at the time of the next franchise renewals. For Gatward, admission to ITV’s top table would see TVS emerge from the current regional skirmishes in which ITV’s second tier companies found their networked offerings overly scrutinised in terms of price and quality. The way Gatward saw it, the major companies effectively controlled the schedules, exchanging programmes between them with little attempt to force down prices and generally behaving in the manner of an old boy’s club.

Given the similarities between the message that Gatward and Dyke had communicated to the IBA and Birt’s own attacks on ITV’s failure to properly support the weekend schedule, one would have thought that TVS would have found a vocal ally in LWT. However, both John Birt and (LWT Managing Director) Brian Tesler, while agreeing with many of the arguments outlined by the south coast company, believed that TVS would not be able to overcome the objections of mighty companies such as Granada and Central Television in advance of the next round of franchise awards.

Next Monday: Well bottom’s not funny