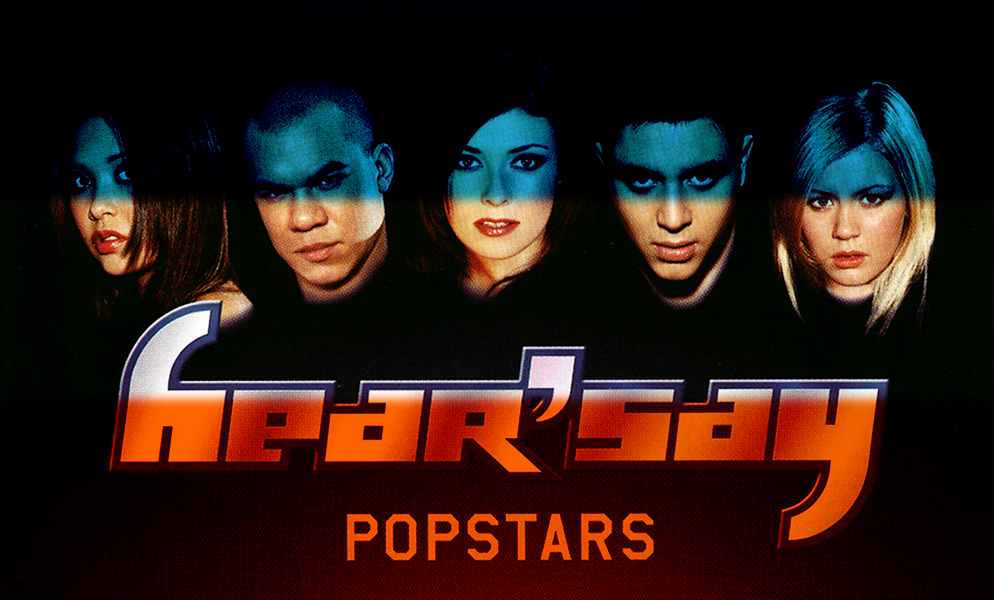 Pop music had always played a part in Saturday night television, right back to the days of Juke Box Jury in the 1960s. Later, comedians such as Little and Large and Cannon and Ball would regularly welcome one or two musical acts onto their shows. However this was about as far as the relationship would go. New Faces and Opportunity Knocks would aim to discover new musical acts, but it wasn’t their business to be seen as actively promoting their wares. If the act got a record deal out of it, good, but they would have to go about it themselves.

A few programmes did attempt to uncover the murky world of the music business. Probably the most famous was Esther Rantzen’s Big Time documentary in the late 1970s, which demonstrated the processes by which Sheena Easton became a star – it’s likely the programme was responsible for her becoming a success in the first place. In 1996, the BBC documentary strand Inside Story followed the formation of the useless boyband Upside Down from scratch, and the results were hugely memorable. Their debut single rocketed up the charts immediately after the programme’s transmission. The concept of manufacturing acts had become well-known, so much so that the Channel Four sitcom Boyz Unlimited could satirise the whole process in 1999.

It took an Australian company, though, to spot the potential of turning this into a television programme. Looking at it, you can see why, as the act of putting a band together is much like a game show. You have wannabes battling it out through auditions, with tears and excitement along the way, and as the process continues the numbers are narrowed down until we get the “winners”. Then there was the closure of seeing the band hopefully get into the charts at the end of the project.

Popstars began life on Australian television, as the girl group Bardot was put together with the cameras following every step of the way. The band immediately had a hit in their home country and were invited to perform at the Opening Ceremony of the Sydney Olympics in 2000. The country was hooked on the concept, as was LWT Head of Light Entertainment Nigel Lythgoe, who was on holiday in Australia and chanced upon the series on his hotel television. When he found himself making sure he was in front of the TV in time for the following week’s instalment, he knew he was watching a hit show, and immediately began negotiations to buy the concept for ITV.

“I went straight back to ITV,” says Lythgoe, “and spoke to Claudia Rosencrantz, who is a remarkable person and has a great insight into what is going to be successful. I think she took it to David Liddiment who was a bit iffy about it.”  Nonetheless, Lythgoe got his way and eventually the green light was given for a series to begin in January 2001.

Popstars was a major step in Saturday night television. It was the first time the principles of documentary and reality TV had been used in a light entertainment concept. There were to be no hosts, with an anonymous off-screen voice passively narrating events instead, and there was no studio, with all the action filmed on location in various conference rooms and offices. In fact there were no stars involved anywhere in the show. The three “faces” of Popstars were the judges, who would be responsible for choosing the lucky five who would find their place in the pop group.

“I tried to get Simon Cowell to be a judge,” says Lythgoe. “But he would only be a judge if his record company could have the deal, which we couldn’t do. I went to Jonathan King, he unfortunately was going to be in America. And I knew – like Wolf [from Gladiators] – I wanted somebody that was going to be tough – a Tony Hatch character from what I remember of him on New Faces. I couldn’t find anybody, and somebody suggested to me: ‘Well why don’t you do it, you have been in the business long enough, you have done enough auditions and you can control it from inside the programme.’ So I thought this was a bloody good idea, and ITV got really behind it, they had seen quite a lot of the clips we everyone loved this Nasty Nigel character.”

In addition, to Lythgoe there was Nicki Chapman, former Spice Girls publicist, and Polydor A&R man Paul Adam. With the judging panel assembled, the tour of the country began, with open auditions held in major cities to try and find untapped talent. While we are now au fait with this process, at the time nobody was sure exactly what sort of turnout there would be, and this was confirmed when the Belfast auditions were attended by virtually nobody. However, in the other cities there was a much bigger response. In the auditions, five people would be called on stage at a time, and each would be invited to sing a few lines from a choice of songs, with the best progressing to the next stage and the rest on their way home. This was, in terms of TV entertainment, the first elimination round.

Although Popstars was ostensibly a documentary, it was still produced by the light entertainment department, and so in these early shows there was just as much time spent on the tone-deaf and out-of-tune hopefuls as there was on the proficient and impressive, and montages of half-a-dozen hapless individuals all murdering Westlife songs fast became a staple of the series, as did Lythgoe’s continual putdowns – “I’m sure the tune was in there somewhere” being perhaps the most famous example. The series became a hit because the viewers could both root for their favourites and snigger at the hopeless, and within a few weeks a number of memorable characters had made themselves known, including the “larger-than-life” Claire and, of course, Darius.

Week by week, the contestants were narrowed down further and further through a number of workshops, which not only emphasised singing and dancing but also provided such things as media training. By this time Popstars had become the first genuine hit series of 2001, with extra editions added to the schedules, and the newspapers continually pondering as to who had made it into the final five. The series was filmed in advance, and the Popstars house, where the lucky winners were residing while recording their first single, was surrounded by security. Come February, the series was promoted from its early-evening berth to the middle of peaktime to see Nigel, Nicki and Paul visit the last 10 in their homes and confirm whether or not they’d made it into the band. By the end of it, Noel, Kym, Suzanne, Danny and Myleene were five of the most famous people in the country.

After this, Popstars continued for a few more weeks, but changed from a semi-game show into something else entirely. The remaining programmes followed the newly-named Hear’Say in the recording studio, filming videos and making hundreds of personal appearances. Along the way, Popstars had become a programme about a television programme. It was now obvious that being in the Popstars band was rather different than being in any other new band because everybody already knew who they were. So the band would be interviewed on other programmes about being on the programme, and then Popstars itself would be a programme about them appearing on other programmes talking about being on the programme. Given most Saturday night television seemed to exist in a bubble, this was most unusual.

As the series continued, episodes began to cover events nearer and nearer to the transmission time. What was helpful for LWT was that Popstars itself served almost as a right to reply, so when the band got in the papers for being booed at the Brit Awards or miming on The Pepsi Chart, the following Saturday we got to see it from the other side and the band could have their say in front of the camera. The final show of the series was broadcast live on a Sunday evening, and for the first time a presenter was involved in the guise of Davina McCall. She joined the band to find out whether ‘Pure and Simple’ had made it to the number one slot – surely one of the biggest anti-climaxes possible, as their fame had meant this was almost certain. Still, when it was announced that not only was this the case but it had become the fastest-selling single in history, it made for the perfect end to what had been a hugely successful series, and one that had changed the whole concept of the talent show.

Next Monday: This Time, You Decide