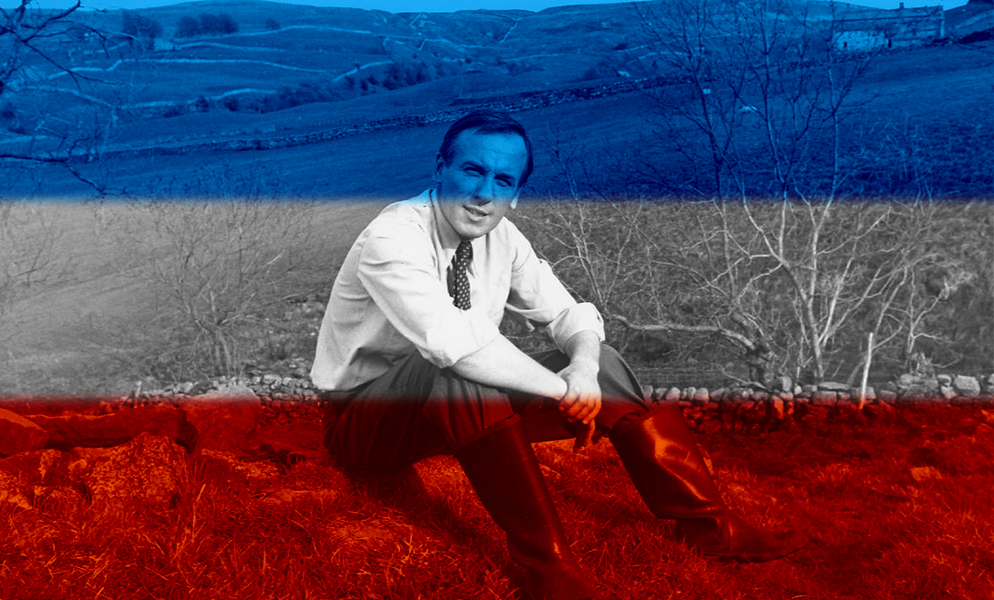 The relative success of American imports influenced programme makers’ attitude to Saturday primetime drama. ITV, in particular, would experiment with its own homemade versions of US shows, reasoning that such programmes would not only attract Starsky and Hutch fans, but viewers more inclined to tune in to homemade dramas. LWT’s The Professionals draws upon a number of influences. Initially billed as the station’s answer to Thames Television’s The Sweeney, The Professional’s production team had previously worked on the 1976 series The New Avengers. Although both The Sweeney and The New Avengers informed the style and tone of The Professionals, the scale of action in the new show, as well as the characters’ almost superhuman abilities and love of exploding things represented a departure in tone from previous British drama series. Actor Patrick Macnee had bemoaned the final series of The New Avengers as “trying to emulate Starsky and Hutch” and The Professionals’ was the next step in that development.

The Professionals ran relatively successfully from 1977 to 1983. For its second and third series it played on Saturday nights, attracting over 14 million viewers, before being moved to Sundays in 1980. LWT’s later excursion into the action genre, Dempsey and Makepeace (1985–1986) would be an even more overt attempt to ape the “buddy cop” format of US action shows, including the casting of an American actor in one of the title roles. Again, this series would be broadcast mainly on Saturday nights, and although failing to attain ratings comparable to The Professionals, it still reached 10 million viewers. CATS Eyes showed that it wasn’t just LWT who were keen to pursue Saturday night action drama. Being a spin-off from LWT’s own The Gentle Touch, CATS Eyes was made by TVS and ran for three series, from 1985 to 1987 (with the second and third series running on Saturday nights). The programme had more than a touch of Charlie’s Angels about it and sought to repackage that show’s glamour and escapism for a British audience. Much like The Professionals, CATS Eyes focussed on the activities of a fictional operation, in this case the “Covert Activities Thames Section”.

In the early 1980s, the BBC remained largely immune to the temptation of a home-grown Saturday night action series. Perhaps, the corporation still felt burnt by its attempt, a few years earlier, at copying The Sweeney (1977’s Target was strongly criticised for its violent content and was rounded upon by many of its own scriptwriters who demanded to have their names removed from several episodes). Or maybe the BBC recognised it had already cultivated its own distinctive brand of Saturday night drama. Juliet Bravo, Doctor Who, All Creatures Great and Small and – from 1984 – One By One were far removed from the antics of Bodie and Doyle. All Creatures … in particular, had proved to be immensely popular; its first series attracting 14.5 million viewers in April 1978. The programme’s immediate success was in part attributable to James Herriot’s popular series of books, but also due to All Creatures … obvious similarities to the BBC’s popular Sunday teatime drama of the 1960s – Dr Finlay’s Casebook. The second series of All Creatures … performed even better, peaking at 18 million viewers in November 1978, while the supposedly final run (broadcast from December 1979 to April 1980) regularly attracted in excess of 18 million.

In contrast to the strongly negative critical reaction to much of ITV’s home-grown Saturday night drama, the only negative comments the BBC received concerned issues of historical accuracy, protests about the re-scheduling of a favourite programme, or a plaintive cry for the return of a much-loved series. Writing in Radio Times, Kenneth Robinson’s attitude towards All Creatures Great and Small was typical of many: “ … I’ve enjoyed some of the additional writing (Terence Dudley) and Brian Finch have done for the Herriot originals and I’m in danger of being almost desolated because episode 14, by Mr Dudley, will be the very last in the very last series. I shall miss the splendid performances, above all Robert Hardy’s.”

“What a very sad ending to the third series of All Creatures Great and Small”, proclaimed viewer, Mary Batson of Reading, Berkshire in the 26 April 1980 Radio Times letters page. “Previous series have ended on a happy note. As on 29 March things seemed to be turning out so well for Siegfried and Margery Egerton, and Tristan had redeemed himself in his brother’s eyes, I expected the final episode to be the engagement, if not marriage, of Siegfried and Margery. But in contrast to the laughing faces of Siegfried and James which opened the programme, the last we saw of either of them was their sad faces as they were leaving to ‘join up’. Surely there was plenty of time to fit in some final happy episode, say Christmas 1939, without having to jump to March 1940. In any case, during the period of the ‘phoney war’, few men in secure jobs threw them up to enlist; that only happened after the fall of France … ”

A direct stylistic lineage can be seen running throughout much of the BBC’s Saturday night, early-1980s home-grown drama, indicative of the fact that the corporation had come to appreciate that Saturday night television required the most formulaic schedule of any day. It was unsurprising then that a new homely, rural drama arrived in the autumn that followed the last episode of All Creatures Great and Small. Although described at the time as “yet another series about a woman inspector,” Juliet Bravo was no The Gentle Touch.

Whereas the tough ITV series (broadcast on Fridays on ITV from 1980-1984 and featuring Jill Gascoigne as a female detective inspector) dealt with issues such as euthanasia, manic depression and nervous breakdowns, Juliet Bravo assumed it had inherited a particular kind of audience from All Creatures Great And Small and was careful not to alienate those who had come to associate Saturday tea times with a gentle rural drama. “It’s about a particular place, a particular area, and in a particular station,” described Stephanie Turner (who played the programme’s lead character – Jean Darblay). “We’re very honest about that. Most of the stories could have happened there. We don’t dress it up. After about 30 episodes, only two have had guns in them; and that’s pretty true for most police stations. As a matter of fact, it’s in a family viewing slot and there are a lot of things we don’t deal with.”

Yet, in its own way Juliet Bravo was able to explore issues of contemporary relevance. “No one attempts to be cosy,” Turner stressed. “Baddies and goodies have gone. We have people with difficulties. For example, there’s a strong emphasis on unemployment and the way poverty causes crime”. Nonetheless, the original three of Inspector Jean Darblay, Sergeant Joseph Beck and Sergeant George Parrish formed a bond not that far removed from the Tristan Farnon – James Herriot – Siegfried Farnon triumvirate that had underpinned and ensured the success of All Creatures Great And Small.

Next Monday: Just shoot the bastard