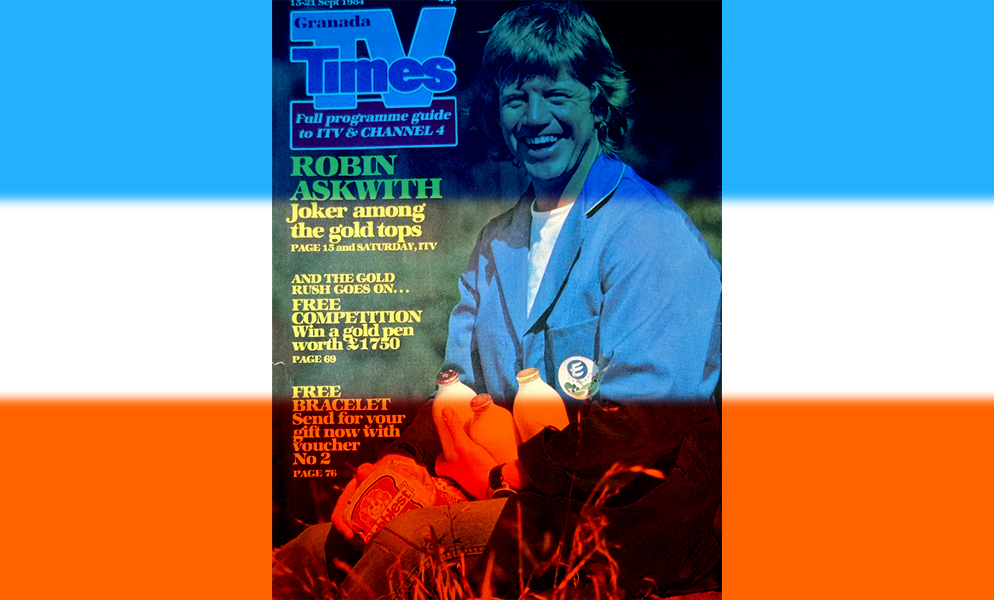 LWT’s head of comedy, Humphrey Barclay was growing increasingly concerned. Much effort had been made in the late 1970s to sort out the station’s factual output, but as the purse strings tightened in the early 1980s, LWT focussed on light entertainment. Drama and comedy suffered, with the station’s sitcom output dropping from 23 hours per year in 1977 to just five by 1984. Barclay blamed Birt for this seeming dereliction comedy heritage, an accusation that Birt wouldn’t deny, commenting in later years that he was “less successful with LWT’s situation comedy” output than he might have hoped. Barclay resented Birt’s strong bureaucratic tendencies, and in particular the way he expected all business to be transacted via the appropriate hierarchical channels. For Barclay this meant having to go through David Bell (then controller of entertainment) to get to Birt.

For his part, Birt thought Barclay to be “intense and committed,” yet found his sitcoms to be lagging behind the rest of the station’s output. “Some of his comedies – like Hot Metal – played successfully for LWT … But most of Humphrey’s peak-time sitcoms had proved too delicate for the rough battlegrounds of the weekend schedule, and had been neither greatly watched nor – our research showed – much appreciated by their audiences … My relationship with Humphrey deteriorated as I rejected proposal after proposal from him as being insufficiently strong enough for peak time.”

So it was perhaps as a reaction to accusations of being too delicate that Barclay pitched an idea for a new sitcom that would – in effect – act as a continuation of the bawdy Confessions films of the 1970s. “I don’t think there’s enough money in the world to make me do another Confessions film,” remarked Robin Askwith in 1984. “I just don’t want to go stale. But when I was first offered the part in Confessions of a Window Cleaner, I turned it down because I really did think it was absolute rubbish. To be blunt, I think I was the major reason it was successful – because I really played my character as a wide-eyed innocent.” Bottle Boys– with its pedigree of Barclay and Powell – might be the perfect vehicle, Askwith thought, to take his career forward.

Penned by Powell, the premise was straightforward (and in many ways reminiscent of LWT’s earlier success On The Buses): Askwith’s Dave Deacon was the central character, described as “the accident-prone joker in a pack of manic milkmen who cause chaos on – and off – their rounds”. While there would be no nudity, the series would definitely evoke the knockabout humour so prevalent in the Confessions films. Over the course of filming, Askwith would find himself donning both a chicken’s suit and the front end of a pantomime cow. “It’s a dynamite series,” he commented. “It was just the formula I was looking for. Slapstick comedy is my strength, and this series gives me the opportunity to go around causing mayhem. And that is what I do best”.

Broadcast at 7.30 pm on Saturday evenings, Bottle Boys’ first series performed unremarkably – reaching 9.3 million viewers. Yet the critical reaction was remarkable. In an age when LWT was beginning to explore the importance of audience demographics, Bottle Boyswas designed to appeal to the lowest common denominator. “Out of a deteriorating relationship silly things happen,” reflected Birt. “Bottle Boys should not have been offered to me by Humphrey and I shouldn’t have accepted it”. He would later go on to add “this coarse, witless production about milkmen embarrassed both of us”. The series, while not as offensive as either Mind Your Language or Love Thy Neighbour, was still brimming with unpleasant racist and sexist stereotypes. Reputedly despised by ITV’s inner circle of executives, it seemed only to make it to a second run thanks to the fact that those episodes were filmed prior to the broadcast of series one. That Bottle Boys would face the axe was a crushing inevitability as soon as it aired.

It was the last straw for Barclay who promptly resigned from LWT. Askwith too, suffered by association, reinforcing the belief that the performer was a relic from a bygone age. Powell alone seemed initially unaffected by the vitriol that the television industry directed at the show. Perhaps immune to such reaction since his Mind Your Language days, he went on to pen some episodes of the moderately successful Thames sitcom Full House and later on Slinger’s Day (also for Thames). Eventually though, Powell did find himself out of favour with television executives commenting that “unlike any other specialisation within the industry, once a comedy writer reaches middle age, he or she is deemed to have lost the capability to amuse. Novelists, dramatists, composers, painters or dress designers, are never considered ‘too old’ to work, but in contrast once a comedy writer reaches middle age … that’s it: they’ve ‘lost it’; well, certainly, according to some of our new policy-makers, at the top.

“But this is nonsense. It is the TV executives, themselves who are out of touch. Viewers are no longer excited by cookery programmes, gardening, make-overs, reality programmes, and quiz shows. They want to be amused and entertained by programmes capable of tickling their laughter glands: hence the popularity of old sit-com repeats, on cable and satellite, and the big viewing figures they notch-up, in the ratings”. At the time of writing, Bottle Boys has still to find a home on any cable or satellite station. However, the series does live on – in a sense. Radio Times voted it the worst sit-com of all time, and Bottle Boys came in at number 97 in Channel 4’s 100 Greatest Moments From TV Hell.

Next Monday: We would be the spoilsports