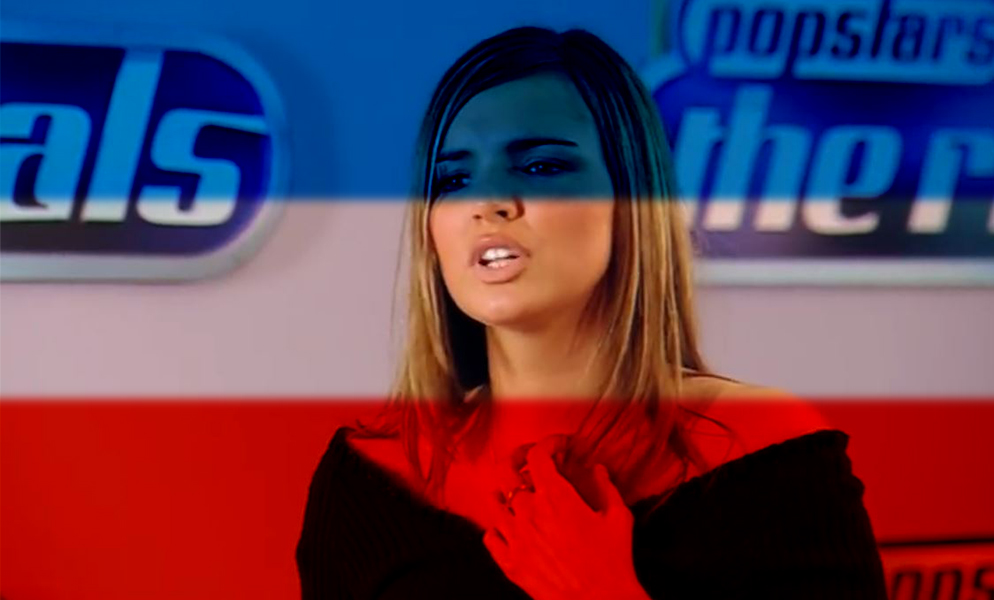 The identity of the programme that replaced Cilla in the prime 7pm slot in Autumn 2002 shouldn’t have come as much of a surprise – the much-heralded Popstars 2. However since Hear’Say had been picked barely 18 months ago, the success of Pop Idol had made the old Popstars format seem a little bit creaky. After giving the public the chance to make a difference, it seemed a step backwards to then take this away and revert to the old Popstars format were everything had been filmed in advance and the decisions rested purely on the whims of the production team. What it needed, therefore, was a unique selling point.

LWT came up with Popstars: The Rivals. Instead of finding one pop group that the nation was expected to root for, the new show would create both a boy band and a girl band, and an element of competition was introduced as, at the end of the series, both their singles would be released at the same time and the act who charted higher would therefore be the official “winner”. It was notable that these singles would be released the week before Christmas, with much publicity over them fighting it out for the all-important festive number one slot; as opposed to the ‘experimental’ nature of the first Popstars, ITV were now assuming that the singles would be enormous hits.

The public were now well aware of the conventions of this type of programming, and it was becoming obvious that the make-up of the judging panel was one of the major selling points. Pete Waterman was kept on from Pop Idol, while Westlife manager Louis Walsh was also appointed. He had appeared on the Irish version of the original Popstars (although Six, the band that series spawned, never released a single in the UK despite numerous promises). Finally, and most impressively, Geri Halliwell was hired to add a bit of marketability to the show. This did of course mean that none of the original Popstars personnel appeared in the new run. Unlike the first series, too, there was a presenter this , the ubiquitous Davina McCall.

It soon became obvious that this was not really Popstars 2. It was, in fact, Pop Idol 2. The early instalments followed the Pop Idolprinciple virtually to the letter – hopefuls performed in front of the judges, one at a time, before being congratulated or comforted by Davina in the corridors. Various rounds followed to separate the tone-deaf from the talented until we got to the final 10 in each gender. Then it was into the studio, where the acts would sing each week with the loser in a phone poll going out each time. Even the judges sat in the same place on the Popstars set as they had on Pop Idol, with The Sun’s Bizarre column even suggesting to Simon Fuller that he might want to sue LWT for plagiarism.

The idea of following the Pop Idol approach was fair enough, with most viewers probably wanting more of the same. Yet the format forPopstars: The Rivals was all over the place. With two bands to be picked, the format meant the boys and girls took it in turns to face the public vote, with the other gender taking a week off. This made it hard to remember who everyone was with a fortnight between appearances. And while Pop Idol had tried hard to vary the musical genres each week to encourage diversity, on Popstars the hopefuls could seemingly sing whatever they liked.

Davina offered less authority and humour than Pop Idol hosts Ant and Dec, taking the tension out of the denouncements by a determination to keep everyone standing on their marks at all times. Worse still, the removal of the lowest-rated inevitably led to extended bouts of crying among the hopefuls – especially among the boys – which were frankly just embarrassing to watch.

There were some notable moments on Popstars: The Rivals – the time Peter Smith announced live on air he’d been lying about his age throughout and in fact didn’t qualify for the competition was something of a first for the genre, although exactly how many of the production team were aware of this beforehand got the papers pondering, while odds-on favourite Javine crashed out of the running at the final hurdle. And in the end the production team got what they wanted when the girls got to number one for Christmas while the boys languished at number two. Yet Popstars: The Rivals, with its contrived format and irritating presentation, was by no means as artistic and critical a success as it was commercially.

“I felt they lost what Popstars was all about,” says Nigel Lythgoe. “As far as I am concerned Pop Idol and Popstars could have lived together, Pop Idol is much more variety. It starts with the same base of auditions, but then goes somewhere completely different and includes the public. Popstars is grittier, it really is trying to get into the psyche of these kids, trying to see if they will meld with other people – are they the right characters?  We thought we had got it right, obviously with the length of time this band was together, we hadn’t got it right, but that’s part of it. You know I would have liked to have developed that – why wasn’t it right?  It would have been great for the second series to have these discussions and these arguments. It was much more about behind the scenes, much more about the real side of the business. I felt as though they could have both lived together, but ITV didn’t.

“ITV commissioned a Popstars that was more Pop Idol than Popstars and I was sorry to see that. I didn’t understand how they could be against each other and then go and do a vocal backup, you know, if you’re against each other you’re against each other. It’s like Simon Cowell says, you can’t be the best of mates, this isn’t about gaining a lot of friends, it’s not about Darius sitting round saying isn’t there a lot of love in the room. No, it’s ‘I want that job and I’ll go and get it’, and trust me Kym wanted that job, and she went and got it.”

While the Popstars: The Rivals was on air, Hear’Say announced they were splitting up. Less than two years after having the fastest-selling debut single in pop history, it was reported that the abuse they received from members of the public had become so appalling they couldn’t carry on, while their record sales were plummeting. Yet despite this warning, thousands of young people were still desperate to get involved in these talent searches as a step to stardom. And there were still plenty more opportunities to come …

Next Monday: Win the ads