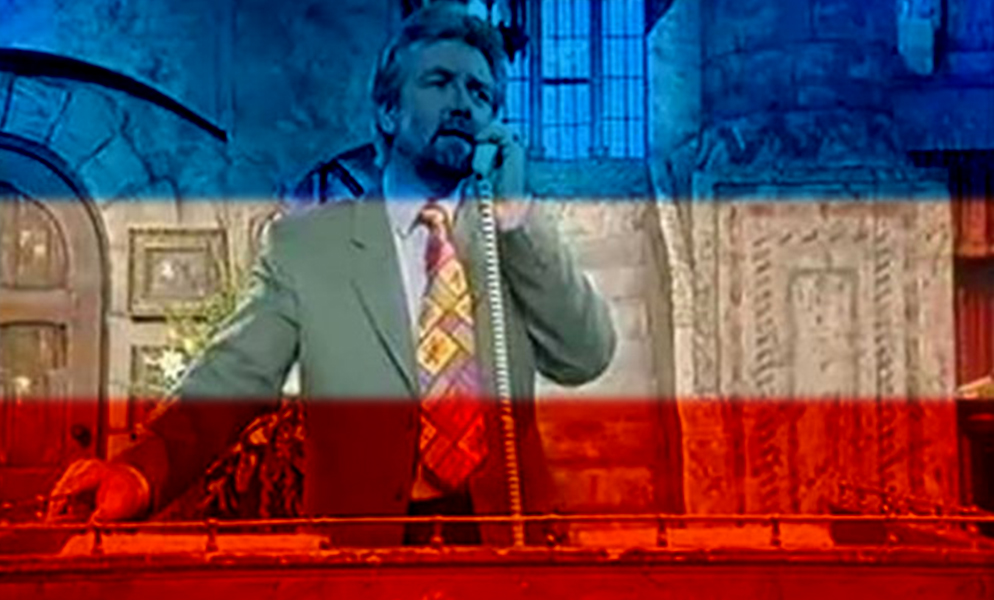 The 1997-98 series of Noel’s House Party offered the BBC no respite from its recent run of bad form on Saturday nights.  It included half-hearted new items, such as the terminally unfunny Crinkley Bottom ‘soap’, and in November, another trip across the pond with a show from Universal Studios in Florida. However it was obvious that something was going seriously wrong as, shortly after the American trip, it was announced that producer Guy Freeman was leaving the programme – cue another round of newspaper sniping. Things bumped along until Christmas, and then on Saturday 3 January 1998, the situation reached rock bottom as it was announced that there would be no programme as scheduled that evening.

It turned out that Noel had refused to appear because, in his words, “It was of a standard frankly well below what the public would want”. Instead a compilation was hastily substituted in the slot and frantic negotiations began between Edmonds and the BBC. Later in the week it was announced that there had been a truce and, after an interim programme consisting of mostly old material with live links, the series was back. Yet clearly, when the presenter announces that their show is no good, you begin to wonder why you should watch. While it made it to the end of the series intact, the problems resurfaced when the Daily Mirror published the contents of a leaked memo from Edmonds airing his grievances about the show – summarised by the paper as “Noel blames ex-staff for show’s ratings slump … He brands guests as C- and D-list celebs … Bosses have no feel for comedy, except him”.

“As damage limitation goes, it was as pathetic as it gets,” claimed Noel. “It gave everyone the opportunity to have a pop at me personally, at the entertainment department and at the BBC generally”. Yet despite this, Noel continued to complain about how bad things had got. Picking over the bones of the last run, he said “We’d made some basic mistakes. There was Crinkley Bottom: The Soap, expensive and not funny; we did daft things like going over to Florida, which strained the budget and was, well, embarrassing”. That was certainly the case, but it perhaps wasn’t the sort of thing you wanted the host of a show to be saying when they were supposed to be enticing you to watch. However the next run was going to be different, claimed Noel, with items “others would stretch out over whole programmes”.

Some years later Noel would reflect that “in the final years of House Party, I remember people starting to say, ‘Oh the Gotchas aren’t quite so good’.  And they were absolutely right in most cases.  And what was the reason?  We didn’t have the budget.  These were hugely expensive things to do.  And when people watch television today, particularly Saturday night television, they should just bear in mind the budgets aren’t there.  You know, the budgets that were there for The Two Ronnies are the equivalent of a whole series of Changing Rooms.”

The promised new items in the next series of House Party failed to hit the mark, with games like ‘Sofa Soccer’, going under the same name and the same sort of format as featured on Bruce Forsyth’s ill-fated Big Night 20 years earlier. Meanwhile NTV was reformatted to become ‘You’re On Your Own’, sending its hapless victims to Alcatraz or the Antarctic for a week, which was just nasty. What really hurt the programme, though, was Noel himself. We now all knew there was a barely-disguised loathing between Noel and the Beeb, and the awful publicity made the excitement and entertainment ring completely hollow. There was an air of desperation and unpleasantness about the whole thing. Viewing figures dipped still further, and eventually it was felt things couldn’t carry on. Eventually in February 1999, an announcement was finally made.

And so, at 7.50pm on Saturday 21 March 1999, came this … “It’s an overworked expression when people say it’s the end of an era, but for BBC television, for the entertainment department, for me, and possibly you, it really is the end of an era. I hope your memory will be very kind to us – after 169 – bye”.

“I always say the first five years were the happiest,” said Edmonds in 2004, “because by and large the identity didn’t change.  And then we started to tinker with it and play around.  But the reality, and now we can see it 10 years on, is that in ’95 television was changing very rapidly indeed.  And if I could live my life again, yeah I’d like to have ended House Party then.  Could it have come back after a rest?  Who knows?  But that  first five years of about a 100 show was jolly good television, you know.  It was jolly good family entertainment … I tell you, the buzz of walking out when House Party was at the height of its popularity, you couldn’t get tickets for it – all the tickets went for the whole year in one block.  To walk out there and know that we had the most successful entertainment show on television was just unbelievable.  You know, I’ll never walk out into a cup final, but that was my cup final, every Saturday.  It was very exciting.”

After filling six months a year, for eight years, Noel’s House Party was gone and in its place there was a gaping chasm. So what now.

Next Monday: Waxing an ape is my ambition