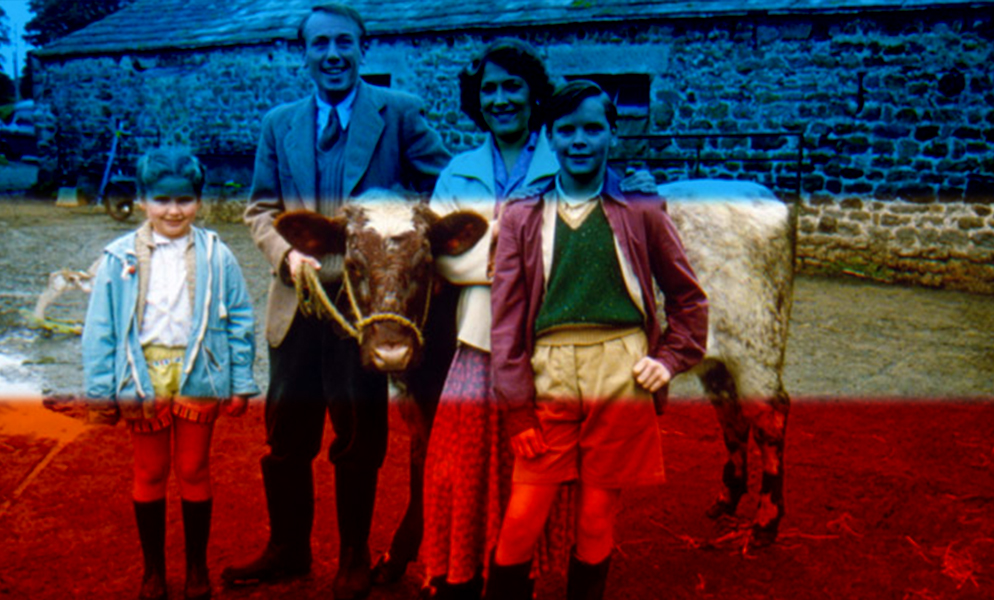 Another welcome return to Saturday nights occurred in 1988, and although All Creatures Great And Small hadn’t been away for quite as long as Bruce Forsyth, it was still eight years since the conclusion of the last full series. Two Christmas specials in 1983 and 1985 kept the programme fresh in the public’s mind and in many ways it felt as if it had never been gone when “Against The Odds” – the first episode in the new series was broadcast on 3 September. However not everything was as it had been before.

Back in 1978, not long after All Creatures Great And Small had first appeared on our screens, Christopher Timothy (who played James Herriot) had embarked upon a relationship with Carol Drinkwater, the actress who played his on screen wife, Helen. However it was not to last. In addition, as the original series had progressed Drinkwater had grown unhappy with the terms of her contract as well as the development of her role (which she believed was becoming increasingly subservient to the other cast members). As such, she declined to sign up to the new series and Lynda Bellingham stepped in to take her place.

The second major change was the addition of new vet Calum Buchanan (played by John McGlyn). This was to accommodate for the reduced number of appearances of Peter Davison’s Tristan Farnon (always one of All Creatures Great and Small’s most popular character). Davison was both reluctant to return to the series and in demand as an actor and so was unwilling and unable to commit to an extensive amount of filming. In the event though, viewers seemed by and large unperturbed by these changes. “It has lost none of its magic and the cast were, as ever, quite brilliant” wrote one viewer, going on to add that “the two new members, Lynda Bellingham and John McGlynn were wonderful.” A Mr Gibson did feel moved to point out that “in some of the episodes, for example The Bowler Hat and Hail Caesar! some of the principal characters of the tales had been changed. I don’t know the reason for this as the Herriot stories were so well balanced. It isn’t really criticism because the yarns worked their tried and tested magic as always.”

However, at least one viewer found some elements of the new series disturbing. “The detailed explanation and demonstration of the use of the artificial vagina in an episode of All Creatures Great And Small was quite fascinating,” wrote Mike Rawlinson of Devon. “Our children were very interested and asked no end of questions, naturally assuming that whatever bulls and cows do mummies and daddies must do too! Does the BBC really consider this to be suitable for family viewing?”

All Creatures Great and Small was not quite as popular second time around. The comeback episode attracted 14.2 million viewers, but subsequent years peaked at 11.7 million and 9.3 million viewers. By the time the series once again drew to a close (on Christmas Eve 1990) there was a sense that Darrowby had long since offered up its best stories.

Another format that the BBC seemed determined to rejuvenate was the traditional light entertainment revue. While Mike Smith’s Seaside Special ’87 had proved popular enough, in 1988 the man to helm the by now obligatory Jersey based variety show was Michael Barrymore. Since 1986 Barrymore had been hosting the mid-week Thames Television game show Strike It Lucky. As a presenter he had proved hugely popular, a kind of hybrid of Basil Fawlty and Bruce Forsyth and the series had amassed a sizeable audience (by 1988 13.2 million viewers were tuning in). While he was yet to make a significant impact on Saturday nights, Michael Barrymore’s Saturday Night Out seemed an obvious series for the BBC to make, and for Barrymore, an opportunity to demonstrate his distinctiveness from bedfellows such as Les Dennis and Russ Abbot.

“We were given the brief to make just another variety series but we thought we’d get away from that,” explained Barrymore in 1988. “So instead of just introducing the artists I do a fairly disruptive comedy routine with some of them. But it may end up with us doing a number together so that they don’t think they’ve been brought on just to be knocked for six.” “TheSaturday Night Out show was everything the public had come to expect,” wrote Barrymore’s biographers Phil Taylor and Paul Nicholas: “barely controlled lunacy finished off with a spoof of Come Dancing featuring June Brown who plays Dot Cotton in EastEnders. ‘You carry on,’ she told him, amazed at his manic energy. ‘I’m going to have a fag.’” The first show featured the usual gaggle of comedians and singers, in this case June Brown, Keith Harris, Bonnie Langford and the Bluebell Girls, and was in the main, not actually that much different from any other seaside show, despite the presenter’s protestations.

However, for Barrymore, the show (which would run for two series) represented a milestone in his career. “It is by far the best thing I’ve ever done and it should be a springboard to whatever else I do in the future,” he prophesised. “As far as I am concerned this is the start. The funny thing is that it’s taken me 17 years to get there!” The series certainly was a success in relation to Mike Smith’s efforts the previous year, with the 1988 run peaking with 9.7 million viewers, and the following year attaining a high of 9.4 million viewers (both up by a million or so on Seaside Special ’87’s best showing). But 1988 also saw the first signs within the media of the extensive personal problems that were later to blight Barrymore’s career. “I couldn’t live my life on stage 24 hours a day,” the comedian would later comment. “But when I came off I couldn’t replace that feeling. I had no identity of my own outside of my work, so that’s why I tried to work non-stop. On stage is the only place I feel content and happy, the only place I don’t need to feed my disease with drink or drugs. Take me out of that and I’m not sure I have a clue who I am.”

In August 1988 after a live show at the Bournemouth International Centre, Barrymore, apparently extremely drunk made a lunge for the crotch of a hotel night porter. The story made the papers, prompting Barrymore’s wife, Cheryl, to issue a statement that read “Mr Barrymore is a normal heterosexual male. I have been married to him for 13 years.” Not long after, Barrymore checked himself into a clinic in an attempt to resolve his escalating drink and drug addictions. Thankfully for him, his career had not yet reached the stratospheric heights of Cilla Black or Noel Edmonds, and as such there was limited press interest in his obviously difficult personal issues.

Next Monday: The Charge-And-Shout Brigade