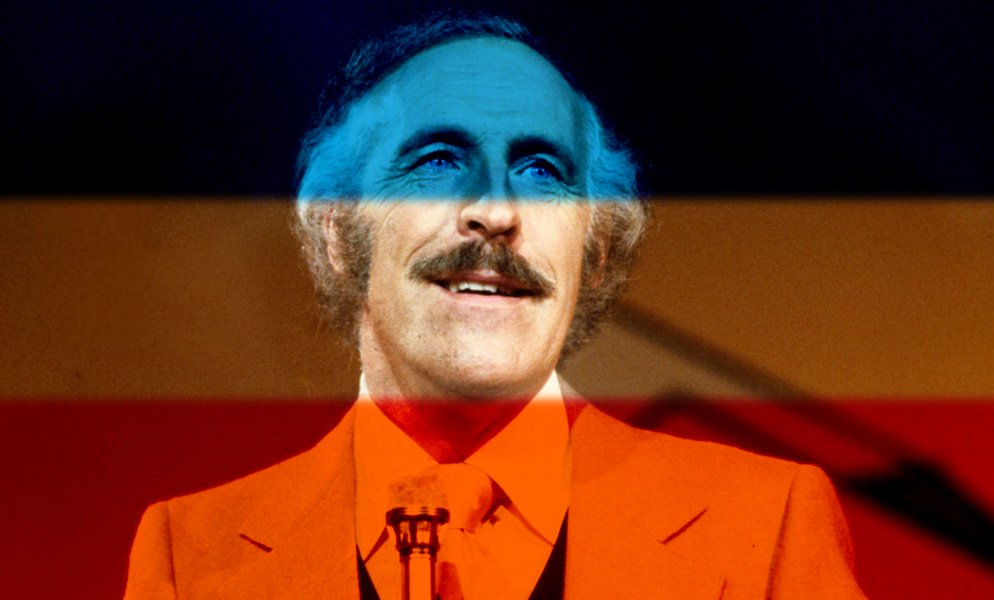 A weekend television audience differs from a weekday one in both composition and expectation, so that the principles and practice of programming are necessarily different too.

After the death of Cyril Bennett in 1976, Grade was perceived as a calculated risk by the board of LWT as the station’s next director of programmes. Nevertheless, the promotion was announced in February 1977 and Grade assumed the position in April. Immediately he set his sights on the BBC’s output and within just a few years would succeed in prising away exclusive rights to televised football, as well as nab Bruce Forsyth. “By 1977, after seven arduous years, I began to feel that I had given all I could to The Generation Game,” recalls Forsyth in his autobiography, “that we were starting to run short of good games and beginning to repeat ones that we had done a few years before. So I came to a decision which I anticipated would cause some shock and alarm in TV echelons, to leave what everyone had thought of as my vehicle.”

Labelled by The Guardian at as the “most important man in television,” Forsyth and The Generation Game dominated Saturday nights for most of the 1970s, with ratings of 19-20 million viewers a week. Grade’s pursuit of Forsyth was highly significant, suggesting that ITV conceded that to beat the BBC in the Saturday night ratings battle they would have to sabotage, or steal, the opposition’s arsenal. Grade’s ploy to secure Forsyth was to construct a format constructed to appeal to the entertainer’s notion of his own versatility. The programme in question would be designed to run for two hours during peak time Saturday night and features sketches, songs and star guests. “There is no doubt in my mind,” wrote Grade in a letter to Forsyth’s agent Billy Marsh in 1978 “we have between us constructed a vehicle, the like of which has never been seen on British television.”

That Forsyth’s first post-Generation Game venture, The Travelling Music Show, closed after just a four-month run, ensured the entertainer was in particularly receptive mood to Grade’s overture (and the offer of £15,000 a show can’t have harmed either). “Billy and Michael Grade had taken me out to lunch,” Forsyth says, “and had shown me a format for a new ITV series called Bruce Forsyth’s Big Night. At the time I thought this was a good idea – and I still do … The projected budget for the 12-part series was two million pounds.”

There was a lot riding on Bruce Forsyth’s Big Night for Forsyth, Grade and ITV as a whole, but it also represented a major opportunity for a pair of rising stars. Described by no less than Eric Morecambe as the “next Morecambe and Wise,” Thomas Derbyshire (born 1938) and Robert Harper (born 1944) met while working as welders in the 1960s, and formed a singing partnership, the Harper Brothers. As is the way with many of the singing acts touring the northern working men’s clubs, they gradually introduced more and more humour into their act and became better known for their comedy, rather than their singing.

In 1968, they changed the name of their act to Cannon and Ball and came last on Opportunity Knocks (their first appearance on television). Happily they found television success in 1976 when they appeared on The Wheeltappers and Shunters Social Club and, according to that programme’s impresario Bernard Manning, “got the chance to do their act properly.” By the end of the 1970s, opportunity came knocking once again for Cannon and Ball.

“Humphrey Barclay, an influential producer for London Weekend Television, saw us do our first Blackpool season,” recalls Bobby Ball, “ … and was impressed with how we handled our audience. He introduced himself to us after the show and offered us the chance to do some sketches for a new series he was preparing, Brucie’s Big Night Out (sic) … The whole scene was straight from some ‘unknown shot to stardom’ movie, and Tommy and I went home as high as kites”. The duo duly recorded a string of sketches designed to be dropped in to each live episode and could scarcely contain their excitement when their names appeared in the billing for the first edition of Bruce Forsyth’s Big Night.

However when the first show was broadcast at 7.25pm on 7 October 1978, Cannon and Ball were nowhere to be seen. “I kept waiting and waiting,” remembers Ball, “thinking we would be on any minute. We watched it all the way through, even to the credits at the end, and not one of our sketches was shown”. Assured they were squeezed out of the first edition due to time constraints, Cannon and Ball tuned in again the following week, but again, they were cut. As Tommy Cannon recalls it, the press picked up on the fact that the duo kept getting dropped, and labelled them “Cannon and Blackout”. “It became even worse,” Ball laments “as week after week we didn’t get shown, but every week we were mentioned in the TV Times. I wondered if this would cause an adverse reaction with the public too. Maybe people would think that we were just not good enough to be shown”.

The truth of the matter was different. The first programme had attained excellent ratings (14.5 million viewers), but the press took against Bruce Forsyth’s Big Night right from the start. Ratings fell to 9.6 million on 11 November and steps were taken to try and rectify what seemed to be unidentifiable flaws in the programme’s format. In retrospect, Forsyth feels the failure of Bruce Forsyth’s Big Night had little to do with the quality of the programme, but a lot to do with its strategic importance to ITV. “Because LWT was so desperate to beat the BBC’s ratings, it over-hyped the show. Quite frankly short of a Second Coming, it was destined, however good it was, to be an anti-climax.”

Big Night’s director, Paul Smith blamed pacing. “It was a multi-segmented show. In something like Noel’s House Party the segments are three or four minutes long. Whereas in Bruce Forsyth’s Big Night they were maybe 10 minutes long. Which I think was its downfall.” Smith only remained at the helm for two episodes. “It was like directing a current affairs programme,” he says. “I would sit in a gallery for two days and somebody upstairs was making up the content. I used to get notes coming across my left shoulder which was a script for something that I had not seen. We ended up becoming very much like a current affairs show. We didn’t know what we were doing next. And I think in the end there began to be a certain conflict between myself and (producer) David Bell.

“I have to say I think I was at my most arrogant at the time, by the way, which perhaps also made me believe that I was right. But I was certainly right that the show wasn’t working properly and I just felt that I didn’t mind giving my life to something if I was going to get some reward out of it. I don’t mean financial, I mean satisfaction. I didn’t, I hated it. I began to truly hate it. And so I resigned.”

Cannon and Ball found their pre-recorded sketches to be continually passed over as LWT sought to re-jig the ailing production. In its annual report the IBA was to reflect that “Bruce Forsyth’s Big Night was a ‘new and ambitious’ programme, which after a bad start, was picking up audiences until a ‘cynical and bitter’ press campaign sabotaged the show”. The series was eventually cancelled, ironically at a time when it was again drawing in approximately 14 million viewers. Infamously, Forsyth used one of the last editions to respond directly to the press criticism.

“I think it was before its time,” was the assessment of Alan Boyd, then producer of The Generation Game. “I think there is a time today where broadcasters are thinking that schedules on a Saturday night have to be event driven. Big Night was event-driven television. But the public weren’t sure of it. They hadn’t been brought to it. They knew Bruce from The Generation Game and couldn’t quite cope with Bruce in this.”

Next: “This is your show now”