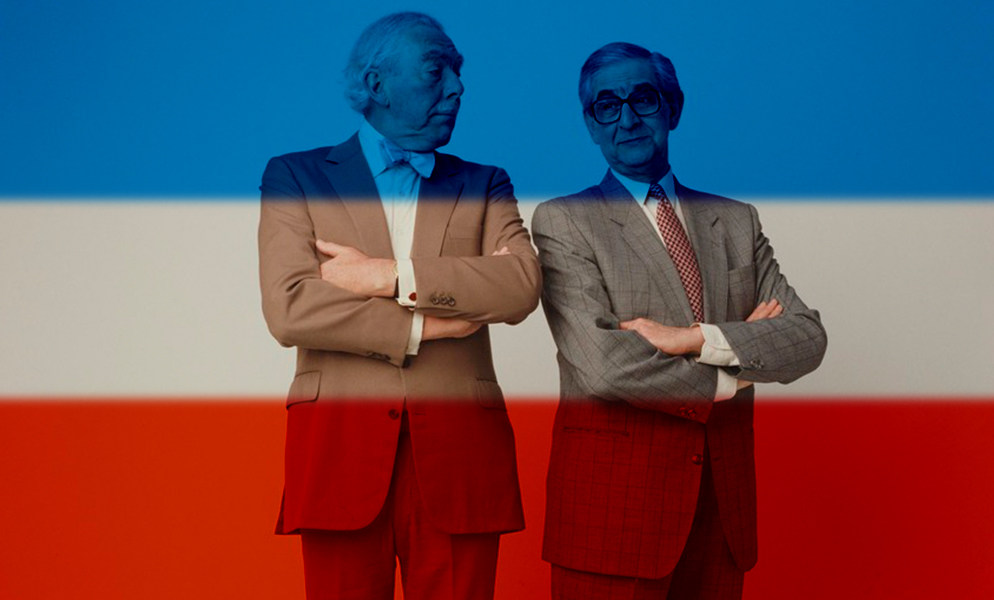 The massive popularity of LWT’s It’ll Be Alright on the Night can’t have provided much encouragement to old school directors like Richard Afton. Even the show’s presenter made little bones about its quality. “Everyone who appears in a scene gets paid,” explained Denis Norden. “The only people excluded from this are politicians and royal figures who place themselves at risk by being in the public eye – but if an actor makes a mistake and it gets into an outtake he will get paid wherever it is shown throughout the world. There can be repeat fees. With the paradoxical result that he will get paid more for not doing it right than he would if he had done it right. In fact it’s like running a farm where the manure is worth more than the cattle.” Norden, a comparatively bookish figure is at first glance an unusual addition to the roll call of London Weekend Television’s Saturday night entertainers. Growing up in Hackney, London, Norden entered into show business via the circuitous route of cinema and theatre management. However, it was during a period in the RAF that he began writing for troop shows, and having found himself skilled at the art, set up his own theatrical agency. Through these connections he became much in demand as a comedy writer.

In 1947 Norden was introduced to Frank Muir, and the two struck up a highly successful partnership. Initially working for radio, the duo’s first success was the comedy series, Take It From Here. Beginning in 1948 and running for 12 series, Take It From Here ultimately found its way onto television screens in 1978 as The Glums courtesy of Bruce Forsyth’s Big Night, and again one year later (this time as a standalone programme). Muir and Norden were renowned for their profligacy, and so it came as a surprise to many within the industry when the duo decided to disband. “We had been writing together … for 17 years,” recalls Muir, “writing everything together – and our joint product was not a Muir and Norden script so much as a MuirandNorden script, with predictable qualities and weaknesses … we had begun to wonder whether there was still an untapped Denis Norden style, or Frank Muir style, which had been muffled by the success of the MuirandNorden magimix.” Shortly after the split Muir became the BBC’s first assistant head of light entertainment (comedy) and so set foot on the path that would ultimately lead to his association with LWT. “It was a supremely logical separation but the world treated it like a divorce,” reflects Norden.

The nostalgia-based quiz show Looks Familiar provided Norden with sustained exposure on television throughout the 1970s. The programme’s longevity meant that even those who never watched it were aware of its presenter and his particular fascination for clips. Norden was closely involved with the preparation of each show, and applied this experience to the creation of the original It’ll Be Alright on the Night format. The initial premise came out of an adhoc “brainstorming” session in the LWT canteen between Norden and producer Paul Smith. “The show was inspired by the famous Blue Peter incident, when the elephant decided to relieve itself on the studio floor,” says Smith. “This was a live show (sic) so it wasn’t really an outtake, but it was a piece of unscripted entertainment, let’s put it that way.”

By that afternoon the duo was in the office of the then head of programmes, Michael Grade, pitching the idea by playing half a dozen clips of BBC outtakes. Grade’s response was characteristically decisive and demanding: “How quickly can I have it?” By the end of that day the programme had been allocated a place in the schedules. “I defy anyone to get a decision that quickly these days,” said Norden some years later. “Now it would have to go through layers of accountants, then to Network Centre, then you might be given a date 18 months ahead if you were lucky”.

Immediately the issue of taste arose. Norden was concerned that a programme based on outtakes might show his fellow performers in a bad light. “In those early planning stages we did have a proviso,” he recalls. “If the laughter of the audience was malicious we wouldn’t show it. I felt particularly strongly about that because one of the first clips we showed was of Peter Sellers in scenes from his Pink Panther films. The outtakes were very funny but the producers wouldn’t allow us to show them. Since Peter was a very old friend – we’d often worked together over the years – I rang him up and asked him if there was anything we could do to persuade them. He said, ‘I’m not even going to try. You put them out and I’ll carry the can.’ But knowing that, I was worried how they would be received”.

“I passionately believe that everybody should leave the studio with their dignity intact,” says Paul Smith. “The most significant thing about It’ll Be Alright on the Night was that it was warm and affectionate. It was something that we enjoyed together and in the end participants flocked to have their clips run on it because it was good PR.” Early shows gave a significant boost to the careers of Ulsterman protester George Cunningham (who, on the back of his appearance, found himself much in demand at pubs and clubs) and Richard Whiteley. Then best known as a regional news broadcaster, Whiteley’s famed tussle with a ferret provoked such a response from viewers that in a subsequent interview, Kenny Everett advised Whiteley he had “always wanted to work with you – you’re famous” and then proceeded to bite his finger in a homage to that famous moment.

It’ll Be Alright on the Night was an instant and enormous hit. The first programme (broadcast on 18 September 1977) cost LWT just £18,000 to make and was the most watched programme in the week it was broadcast. However as soon as the show’s popularity became known, Norden found the initial meagre budget would no longer suffice. The typical response from those approached in search of an amusing clip for the second show was inevitably “How much?” Believing the format to be unsustainable for an entire series, the production team decided upon making occasional specials. In fact, Norden considered leaving after only the second edition (broadcast on 28 October 1979). “I think Denis’ concern was that it had been such a huge success that there was nowhere to go except down,” says Smith. “And he didn’t want to join it on its demise. I got a copy of the article (in which Norden claims he is to stop presenting the show) and photocopied it for Michael Grade. And Michael wrote on it, ‘You’ll never work in this town again, if this happens.’ He was joking of course.” The persuasive powers of Grade worked and the show returned on Christmas day 1981. “This will almost certainly be our final fling,” said Norden at the time. “The whisper is that film distributors having seen the potential of these ‘out-takes’ are putting together their own bits and pieces for sale as videocassettes. And that effectively means we won’t be able to use them”. As such the search for suitable clips had to be extended.

Next: “They were big in the States and we noted that”