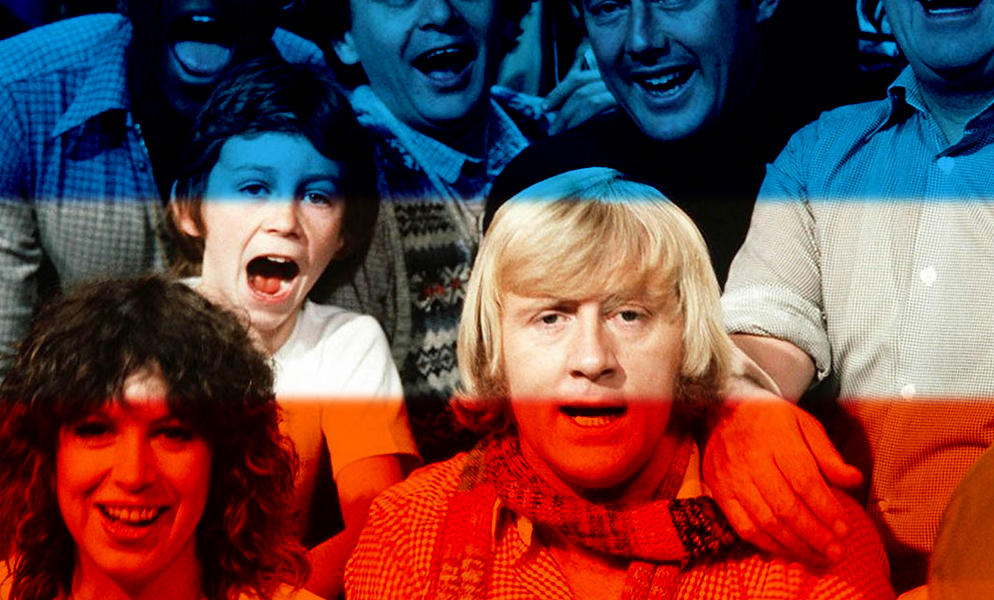 The success of Game For A Laugh and the corresponding demise of The Generation Game meant that, by the start of 1982, the BBC and ITV were pretty much neck and neck in the ratings. As ever, there was considerable flux occurring in the industry, including the introduction of the new independent television franchises. Central, TSW and TVS revitalised ITV, with each of the new stations understanding the importance of impressing from day one (they all came on air on 1 January 1982). It was, therefore, not a surprise, although still quite an achievement, to see ITV secure the top 20 most watched programmes of the year.

The BBC had achieved similar success in 1979, due to the protracted strike that had kept ITV off screens for several weeks. For ITV, such ratings dominance represented a return to the network’s glory days of 1956-1961 where the BBC had been blotted out from the year’s top 20 programmes for an unprecedented six consecutive years. ITV’s overall supremacy was not reflected on Saturday nights however, where neither could exert control. Central looked to make an immediate impact with the introduction of their new Saturday night “splashstick” (according to the advanced publicity) programme, OTT. Once again though, the launch of the new TV station was threatened by union action before a single programme aired.

The arrival of Channel 4, ITN’s desire to move from film to electronic cameras, the requirement to capture the World Cup in Spain and the need to cover the Falklands conflict gave the ACTT enough leverage at the end of 1981 to make several demands. Central found itself caught up in a pay dispute with electricians at their temporary Nottingham studio, and when the company first went on air, it was unable to broadcast any programmes from that location. In fact, Central never managed a single broadcast from the makeshift studio (converted from an old sweet factory) – the dispute wasn’t settled until the permanent Nottingham facility had been opened in September 1983.

OTT was broadcast on only Central’s second day on air. Running for 13 weeks (with the final programme being a compilation of the series’ best bits) and scheduled usually just before 11pm on Saturday evenings, OTT was crafted on the back of the success of ATV’s Saturday morning children’s show Tiswas (which by that time had been running for eight years). It was the brainchild of presenter, Chris Tarrant.

Born on 10 October 1946 in Reading, Berkshire, the young Tarrant used to bunk off lessons from King’s School in Worcester to indulge in his favourite activities – fishing and trainspotting.  A love of acting drew him in front of audiences and he appeared in a number of Shakespeare productions at university. Upon leaving he took on a number of different jobs (night security guard, lawnmower deliverer, bed salesman and teacher) before breaking into television by writing “hundreds of ridiculous letters” to various television stations. Tarrant worked for a time as a reporter and interviewer. “I started giggling at interviews,” he recalls “and it worked. They said ‘you’re young’, and put me on Tiswas.” Gradually able to carve out a degree of autonomy, by the early 1980s Tarrant was having a strong creative input into each programme. However, the IBA grew concerned about Tiswas’ more risqué material. Efforts were made to tone it down and Tarrant decided that instead of compromising he would find a more appropriate audience for his increasingly close-to-the-bone comedy.

With fellow presenters John Gorman, Lenny Henry, Sally James and Bob Carolgees in tow, Tarrant took the Tiswas format out on tour under the name of the Four Bucketeers. The predominantly nightclub audiences were highly appreciative of the mixture of comedy, abuse, gunge and water and on the back of this success, Gorman helped the group record a minor hit single (“The Bucket of Water Song” made it to number 26 in the charts on 3 May 1980) and an album. Realising the potential of a whole new adult audience, Tarrant, Carolgees, Gorman and Henry quit Tiswas on 28 March 1981. Sally James decided to stick with the Saturday morning show and presided over a final series, while Tarrant and company began work on their live, late night comedy offering – OTT.

With a budget of £250,000, Central was investing heavily in what looked to be a promising idea, but from day one there was a lack of order to the production. “The show is so up to date that the team is still working out the formula, if indeed it has one,” reported Alan Kennaugh in the pages of TV Times. “But it will definitely feature plenty of splash and splosh in the children’s tradition, with characters like Count Custard (its version of the Tiswas Phantom Flan Flinger) throwing his pies around. ‘We know it has enormous potential appeal for adults,’ added Tarrant.” But what that appeal actually was remained ill-defined. For example, Lenny Henry “doesn’t know what he will be doing in tonight’s OTT,” remarked Kennaugh on 23 January 1982. “But one thing is sure. When the show ends he’ll be standing under a hot shower – ‘just to recover’ … Henry loves the uncontrolled humour where even he never knows what is going to happen next. ‘Tiswas was marvellous to work on. It was a new style of lunatic humour, and we got away with murder. When I first started Tiswas, my nerves used to go before each show simply because it was live. But now, in OTT I just get on with it.’” Henry attempted to entice Dawn French into writing for the programme, however her response that there wasn’t enough time to write decent scripts seems, in retrospect, prescient.