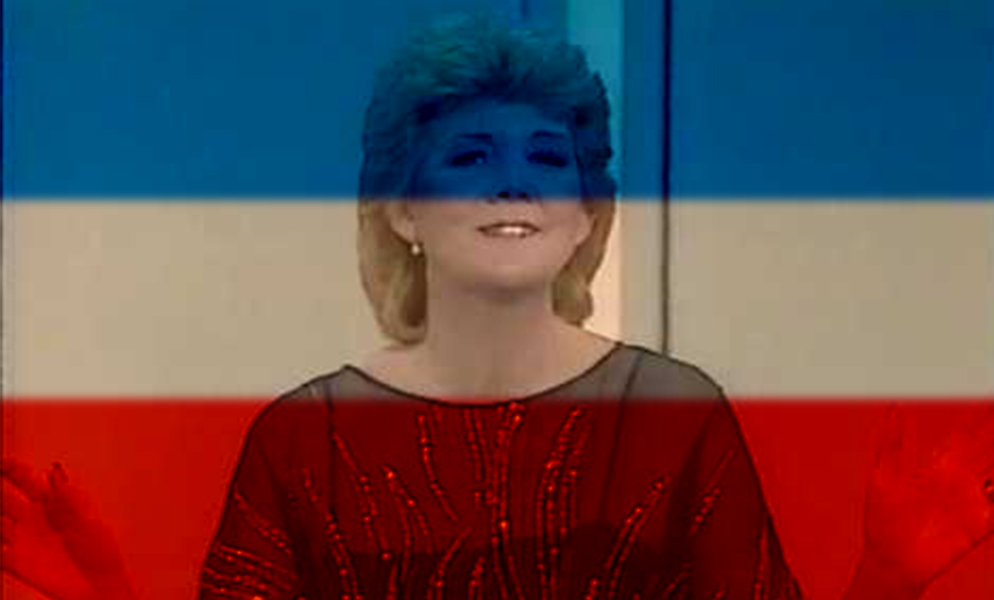 Unsurprisingly the press seized upon the failed Blind Date pilot and David Glencross and the IBA felt compelled to act. Birt, comfortable that the more outrageous aspects of Perfect Match had been toned down was – despite his reservations about Norvelle’s performance – happy to let Glencross view the pilot. Glencross didn’t know what to make of it and couldn’t work out how to interpret the sometimes mildly ribald exchanges between contestants. Did the contestants need to kiss each other when the screen was pulled back, could they not just shake hands instead? Unsurprisingly, the pilot was considered unsuitable for an early Saturday evening transmission slot. Further discussion between LWT and the IBA revealed that although there were some objections about the format, Glencross’ biggest reservation was reserved for the host – Norvelle with his innuendo-heavy performance was not sexless enough.

Sensing that if they were able to appease the IBA, they could still have a hit series on their hands, Birt and Boyd wracked their brains once more to find a suitable presenter. Jeremy Beadle was considered for a time, but ultimately rejected. Sarah Kennedy was also in the frame. Finally, Boyd and Birt came to a decision. Who was the most sexless person in television? The name Cilla Black came to them both. Her impressive performance as host of Surprise Surprise singled her out as a natural fit for Blind Date. Both Birt and Boyd saw her as the kind of “friendly aunt” figure that Blind Date was crying out for. However, Boyd believed that Cilla didn’t want to present more than one show, while Birt was concerned about over-exposing their latest talent.

Cilla, of course having already confirmed herself a fan of the format, actually took little persuasion to accept the job, and on 7 June 1985 recorded a pilot episode. Her ability to flirt and reprimand in equal measure placated the IBA and the green light was given to proceed with a series, albeit a couple of changes were required. The staging in the pilot was different with Cilla and the “picker” situated to the right of our screens (and not the left as would be the case throughout the show’s run). In addition, the photomontage depicting the lucky couple’s blind date was accompanied by a comical voice over by Cilla in which she pretended to express the thoughts of the female contestant – this was dropped.

With the pilot passing muster, Boyd was keen to get the show on air.  “LWT weren’t sure whether to start it early. I told a bit of a white fib and said, ‘well if you don’t do it we hear Noel Edmonds is going to do a dating show very similar on the BBC, so you have to do it this autumn’.” The series made it to air on 30 November. Oxford University graduate Paul Fox was the first ever contestant, thanks to his friendship with one of Blind Date’s programme assistants. He gave the opening episode an unrepresentatively genteel feel that prompted sedate coverage in the press. “Cilla Black is banking on matching up suitable couples in tonight’s family fun show on ITV,” reported TV Timesin anticipation of the second episode. “It’s a light-hearted look at what really happens on a blind date. The cameras found out how the two people get on with each other – through thick and thin! Do they hit it off? Who knows, Cilla might even get herself invited to a few weddings”.

By the third show, 13.3 million viewers were watching. Unlike Game For A Laugh, Blind Date did not rely on a production team coming up with a steady stream of new and original games, and so seemed a far likelier long-term proposition. The format was elegant. “A young man or woman chooses a partner of the opposite sex by questioning three candidates screened from view,” explained TV Times helpfully in its billing for the first ever show. “Two couples draw a card from Cilla, which provides them with the location and details of their blind date”. This initial selection stage encouraged viewers to play along in a number of different ways – you could choose to rate the three “Blinders” (as the contestants came to be known at LWT). However, most viewers saw the series as an opportunity to harmlessly pigeonhole or verbally abuse others from the comfort of their own armchair. In this respect, Blind Date was an important television series, establishing the rampant appetite of the British public to criticise, root for, or adjudge other members of the British public.

The conclusion of the dating section created a clever cliffhanger. Would Contestant one really prove himself to be the wally (a favourite word on Blind Date) you had judged him to be? “There is a pay-off a week later when the couple return to the studio and report candidly on the success or failure of the date, and how well or badly they got along,” explained the billing in TV Times. To those who failed to appreciate Blind Date’s format, the unceasing treadmill of selection and post-date interviews could feel remorseless and overly rigid, but to seasoned viewers it was a procession of gripping narratives constantly beginning and ending. “The 45-minute show is a light-hearted game,” insisted TV Times, “unlike an American version in which participants are seeking mates for life”.

The dynamic of the “blinders” was at the heart of Blind Date’s appeal, and predicted the rise of the reality game shows that would follow in its wake. The introduction and development of the “people show” through The Generation Game and Game For A Laugh, had shown that audiences could be entertained by games and antics involving ordinary members of the public, yet the personalities of those members of the public was never really part of the entertainment equation (save for Beadle occasionally exploiting a husband’s irrational love for his motor car). It was Blind Date that introduced the concept of contestants, so long restricted to being the foil of Beadle or Forsyth, as having personalities in their own right. Inevitably, this meant that people with no specific ability, except a strong belief in their own entertainment value, saw Blind Date as a perfect way to gain exposure and pave the way for their long dreamed of career in television presenting. “The people I was always looking for were outgoing, eccentric and outrageous,” explained long-time Blind Date producer Thelma McGough.

Next Monday: They’d have strung me up if I hadn’t chosen him