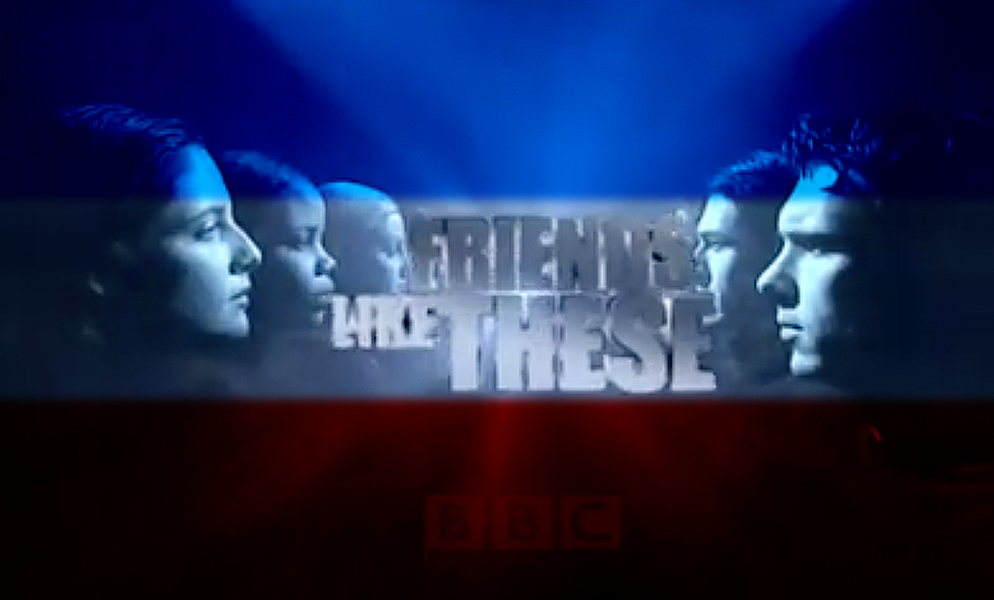 Come the start of the millennium, Saturday night light entertainment seemed to be a dying genre. All the formats and stars that had been successful in previous years had either finished or were in terminal decline, and few replacements were coming along to replace them. It was almost taken as a given that no self-respecting producer or celebrity wanted to get involved in such an archaic and heavily criticised genre.

There was, however, one exception. David Young had already developed two popular, if rather slight, Saturday night series in We’ve Got Your Number and Whatever You Want. Now, having just entered his thirties, he arrived at the BBC as Head of Light Entertainment. What was unusual about Young was that, unlike most of his contemporaries, he was enthusiastic about the genre and wanted to make successful Saturday night series that appealed to every generation. As he suggested, light entertainment was “perceived as being a bit naff. Most of my peer group work on The Big Breakfast or independently made shows like Have I Got News For You … they don’t aspire to doing prime-time, mainstream light entertainment. So you’ve got an older workforce producing and devising these shows.”

Young was determined to bring a fresh eye to the BBC’s light entertainment department. One of his first moves was to advertise for a new development team. But rather than just advertising in traditional locations such as The Guardian, he also posted ads in other publications such as Heat magazine – the idea being to attract people who wouldn’t normally consider this sort of job. Having selected five, he introduced them to his 24-year-old Head of Development, Andy Culpin. Then, as Young explained, “We put them in a room every day and they just brainstorm ideas – very much like in an ad agency.” Though they were all very young – something Young was criticised for – that wasn’t the be-all and end-all of the project. “You don’t need experience to have a good idea. You can literally go out on the street and ask someone who’s nothing at all to do with television and get as good an idea as you might from a producer with 20 years’ experience. Having ideas and executing them are different skills.”

Of course, the hope was that at least one of these ideas would form a successful, long-running series – with a format that could be exported around the world. The international success of Who Wants to Be a Millionaire had emphasised how profitable a simple, but effective, format could be. The first fruits of Young’s new development team came with the production of four broadcastable pilots for BBC1 in the autumn of 1999. The results were, unsurprisingly, mixed. Ulrika Jonsson vehicle The Birds and The Bees was considered too risqué for a Saturday night slot and never transmitted. The other three were screened, but Gaby Roslin’s betting game Speculate failed to impress, and Love Bites with Lily Savage had the misfortune to be shown a matter of days after Paul O’Grady signed an exclusive contract with ITV.

However the fourth pilot was a different proposition – as could be demonstrated by the fact it was the only pilot to be shown on a Saturday night, and with a series getting the green light before it was even screened. Friends Like These apparently came about when David Young was watching England exit the World Cup on penalties and realised “The penalty shoot-out is the greatest ever endgame. The whole world was gripped by this event”. Following this, Young was handed some BBC research which suggested the majority of young people thought their friends were more important to them than their families. The two concepts were merged together to finally create a workable format.

Each week, five twentysomething male friends took on five twentysomething female friends on a number of individual challenges – ranging from 3D puzzles to identifying different types of food and drink after brief tuition, to even such mundane tasks as threading a series of needles. Whichever group proved the most successful went to the final round, and it was here the penalty shoot-out principle was added. Each of the five had to answer a question about one of the others, and cruelly, if they got it wrong, it would be their friend who would miss out on a place on the star prize holiday. This could prove a particularly emotional and gruelling task for the competitors. A further twist, however, was that the successful members of the team could gamble their tickets, meaning that everybody or nobody ended up going. This could often provide a moral dilemma that would test the friendships to the limit.

Friends Like These was not the most amazing or revolutionary of formats, but it did its job with the minimum of fuss. The series succeeded because it was easy to understand and there was a fair bit of tension raised – especially in the early shows, as the contestants weren’t informed that it was possible to gamble at the end, and so the finals became incredibly fraught. From the BBC’s perspective it was also particularly cost-effective – all the challenges took place in the one medium-sized studio, with clever set-dressing and the production team’s imagination ensuring it didn’t look cheap or repetitive. Best of all, it looked and felt very young and fresh – you could tell there was enthusiasm and energy both in front of, and behind, the camera and that extended to the presenters

“Ah, Ant and Dec for me have been together for so long they have got sort of communication between them that we will never understand,” said Nigel Lythgoe in 2004. “And it’s due to that, that they are so good. They are funny, witty, intelligent, they know how to pace a show, they are – without question  – the best presenters we have in the country at the moment.” Anthony McPartlin and Declan Donnelly had been on screen for much of the previous decade despite only being in their early twenties. They’d started out as actors on Byker Grove before becoming pop stars, then presenters with successful children’s entertainment shows on the BBC and Channel Four. However their biggest success came when they launched a Saturday morning show for ITV in 1998. After a shaky start, the irreverence and invention apparent on SMTV Live saw the commercial channel beat the BBC opposition on Saturday mornings for the first time in over 20 years. The public bought into their long-term friendship and lightness of touch, while their apprenticeship in television meant they had a level of professionalism and experience that fellow fresh-faced presenters often didn’t possess.

Like David Young, Ant and Dec were also perfectly happy to play to the biggest crowd possible on Saturday nights rather than stay in a youth ghetto. Ant pointed out that, “The mainstream terrestrial channels have to offer stuff that my seven-year-old sister can watch with my nan when she comes to babysit,” but “we need a new generation of people to come through. I mean, Brucie, Jim Davidson, Cilla Black, they’ve been there a long time. No disrespect to them – they’re brilliant at what they do – but it’s very difficult for people our age to relate to them.”

While Friends Like These was a success, it would be wrong to suggest it was the saviour of Saturday night television. The first full series, in February 2000, garnered an average audience of 6.5 million – a fraction of the figures the big light entertainment guns were attracting in previous years. Furthermore, it didn’t have universal appeal. Even David Young admitted “my granny loathes it,” while his opposite number at ITV, Claudia Rosencrantz, suggested “It’s a good show but it is a young show, and on Saturday nights you need to reach a broader audience. If the BBC wants profile over volume, that’s their decision, but we have never pretended we have ever wanted anything other than volume. We have a couple of ‘young’ shows – Blind Date and Stars In Their Eyes – that deliver both volume and profile.”

It was arguably slightly misleading to describe those two series as ‘young’ shows as both had been running for at least a decade, and both were suffering from declining viewing figures. However Rosencrantz was correct in saying that volume mattered on ITV. In 2000, Stars In Their Eyes was on twice as often as in previous years, with an additional run in the autumn as well as the traditional series in the spring. While ratings had always been important to ITV, come 2000, it was not unusual to see series and strands yanked off air in the middle of their runs if they were underperforming.

In 2000, this fate befell such series as the Gladiators knock-off Grudge Match, Hotel Getaway and Mike Reid’s Late Home Video Show, while a summertime rerun of all the Pink Panther films was abandoned after just one movie. None of the dropped shows were particularly deserving of extended screen time, though the most interesting was perhaps Hotel Getaway. The next in an endless line of hidden camera shows, it saw a number of unsuspecting couples check into a hotel populated entirely by actors who proceeded to make their break a misery. For putting up with it, the hapless guests were awarded a genuine holiday at the end of it. Despite the popular Matthew Kelly hosting, the series sat on the shelf for ages before finally being screened in the less-than-prestigious 5.20pm slot, before repeats of the US import The Planet’s Funniest Animals, and then being dumped after a few weeks. The most notable aspect of the series was that one set of tapes had to be junked when one of the couples told the production team they were in fact having an affair and didn’t want anyone to see them together.

Next Monday: 200 black boxes are strapped to the back of a cross-section of the nation