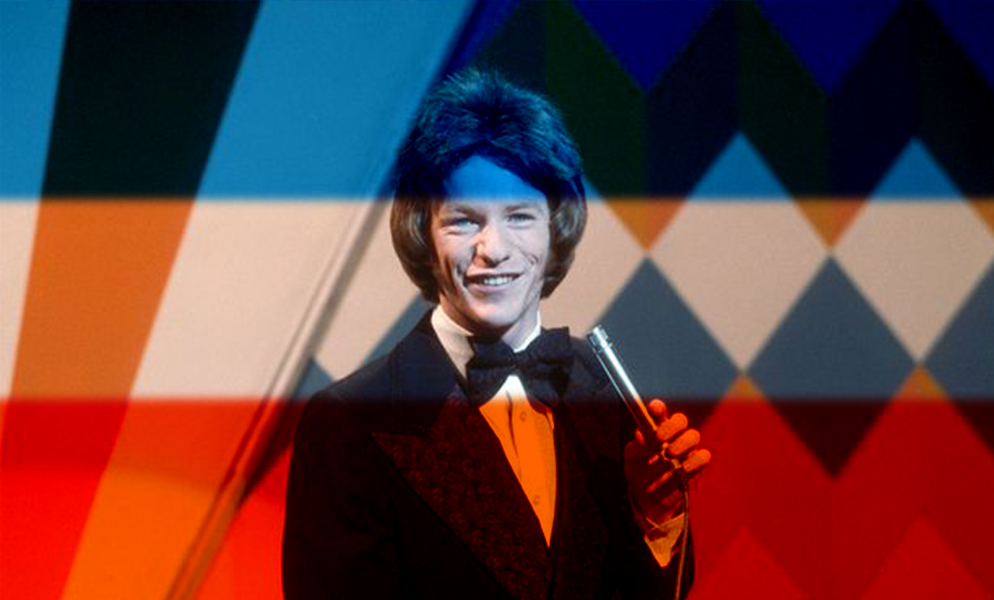 “A pale, pretty girl dressed in black is singing a sad love song,” observes writer Nicki Household. “Her voice cracks a little on the high notes and she seems slightly tense. She smiles at the end of the song but she doesn’t seem pleased with her performance. Someone takes a quick picture of her for the files and she’s free to go. They’ll let her know”. Talent shows had never gone away. Throughout the 1980s, Saturday nights had endured them in one form or another, be it Search For A Star, or David Essex’s Showcase, almost all year round Saturday nights would include at least one talent show somewhere within the schedules.

Yet for all the many permutations, there were only ever really two that mattered. Perhaps due to their longevity, or the number of stars they discovered, ATV’s New Faces and Thames Television’s Opportunity Knocks were the “mummy and daddy” of talent shows. The genre itself was apparently the invention of Canadian born radio announcer Carroll Levis, who during a live broadcast filled a lull in proceedings by encouraging a member of the audience to come on stage and accompany him in a song. Soon Levis built a whole show around new talent, reasoning that all of the performers’ relatives were bound to pack out the auditorium. According to the website “Television Heaven” Levis even claimed to have discovered Benny Hill, Max Bygraves and Jimmy Edwards. Realising the enormous growth in popularity of television at the end of the 1950s, he attempted to bring his format to the small screen. Interestingly, one of the acts that auditioned but was ultimately unsuccessful was The Quarry Men (who of course included in their quintet Paul McCartney, John Lennon and George Harrison). However, despite the programme being the 17thmost watched show of 1957, Levis found himself usurped by another Canadian.

Opportunity Knocks began life as a radio series for the BBC in the early 1950s. The brainchild of the ambitious entertainer Hughie Green, it transferred to television courtesy of Associated-Rediffusion in 1956. It quickly becoming a corner stone of ITV’s schedules and while Associated-Rediffusion was soon to receive the elbow courtesy of Thames Television, Opportunity Knocks seemed to carry on regardless. The format was straightforward and perhaps never bettered. An act would be accompanied by a sponsor who would regale Green as to why their charge was so special. The act would then be allowed to perform. At the finale of each show, the audience were asked to record their determination of the quality of each performance, via the dubious means of the “clapometer”. However it was the ultimate responsibility of the viewers at home to determine who would be deemed that week’s winner by sending in a postcard with the name of their favoured performer. The winning act would then be entitled to appear on the next show where the process would start all over again.

ATV, perhaps noting Opportunity Knocks massive ratings, had determined in 1973 they wanted a piece of the action. New Faces featured very similar acts to Opportunity Knocksand also included a competitive element (with episode winners being invited back to compete in series finals). Yet New Faces was not a complete carbon copy. Whereas Hughie Green and Opportunity Knocks explicitly sought to support their acts, on New Faces, a panel of judges were invited to pass (often scathing) comment.

Unsurprisingly, budding performers would often chance their arm on both programmes. Future Saturday night entertainer Jim Davidson took a crack at Opportunity Knocks in 1975. “I went along to Nellor Hall, in Twickenham,” the comedian recalls “went through my paces but I didn’t do well.

‘How long have you been doing this for, son?’ Hughie Green said to me.

‘About three years,’ I replied.

Davidson’s experience of auditioning for New Faces, was altogether happier. “When I got there,” he remembers “I saw about 10 or 20 people all waiting to go on. Finally a voice called out ‘Jim Davidson’ and I walked on. I looked out into the darkness of the theatre I now know so well – and there were four people sitting there I could just make them out.” Davidson kicked off his routine with a West Indian joke about a black policeman. “All of a sudden I heard a seat in the stalls go ‘Gerdonk!’ I soon found out that Les Cox, who was the producer of the televisions series, had fallen off his chair. He was sitting on it upright and he fell down, he was laughing so much! As I continued my short routine, I could see a few of the cleaners in the theatre putting their mops down and coming over. They started listening to me. There were people in the wings, too. I did about four or five minutes and really got this place rocking!”

Davidson was invited on the series proper and made the trip up to Birmingham for the Tuesday night recording. He was to appear with – amongst others – the pop act Canned Rock (who would turn in a very creditable rendition of the Queen hit “Bohemian Rhapsody) and future perennial Punchlines guest Rose Marie. However, while waiting for his turn, Davidson discovered that Albert Stephenson had replaced Cox as the show’s producer. “[Stephenson] walked me through to the dressing room and asked to hear my routine,” Davidson recalls. “When I’d finished, he looked quite pleased.” Stephenson then proceeded to give Davidson a point-by-point critique of his act and the comedian went on to win the show (just edging out Canned Rock by one point). “I couldn’t believe it,” Davidson says. “I stood there as they applauded and I could feel my top lip curling up in fear. My heart was banging like I was going to die. Deep down, I knew that life would never be the same again. I would now be famous.”

Sure enough other television opportunities arose, with Davidson landing a spot on the Thames Television 1976 sketch show What’s On Next?However in July that year the New Faces Final loomed, and with it the prospect of a face-off with fellow finalist Roger de Courcey. In the event Davidson was just pipped at the post by the ventriloquist thanks to the scoring of New Face’s most notorious judge Tony “the Hatchet” Hatch which just nudged de Courcey past Davidson.

While never able to match the popularity of the more established Opportunity Knocks, New Faces managed to attract significant audiences with 7.8 million homes tuning in to watch one episode in 1977. However, 1977 was also to be the year that New Faces would leave our screens.

Opportunity Knocks came to an end one year later. The reason for its demise has never been made clear. Bob Monkhouse believes it was cancelled at the insistence of the IBA who believed that it – along with Monkhouse’s own The Golden Shot -had run for long enough. Others though believed that Thames’ increasingly fractious relationship with Green had brought about the show’s end. Whatever the reason, what is undeniable is that Opportunity Knocks was – and remained – a massively popular show right up until its demise. Throughout the mid-1970s it would regularly feature in the Top 20 most watched programmes of the year, and it was cancelled while pulling in 17.5 million viewers.

Next Monday:This is your show, folks, and I do mean you