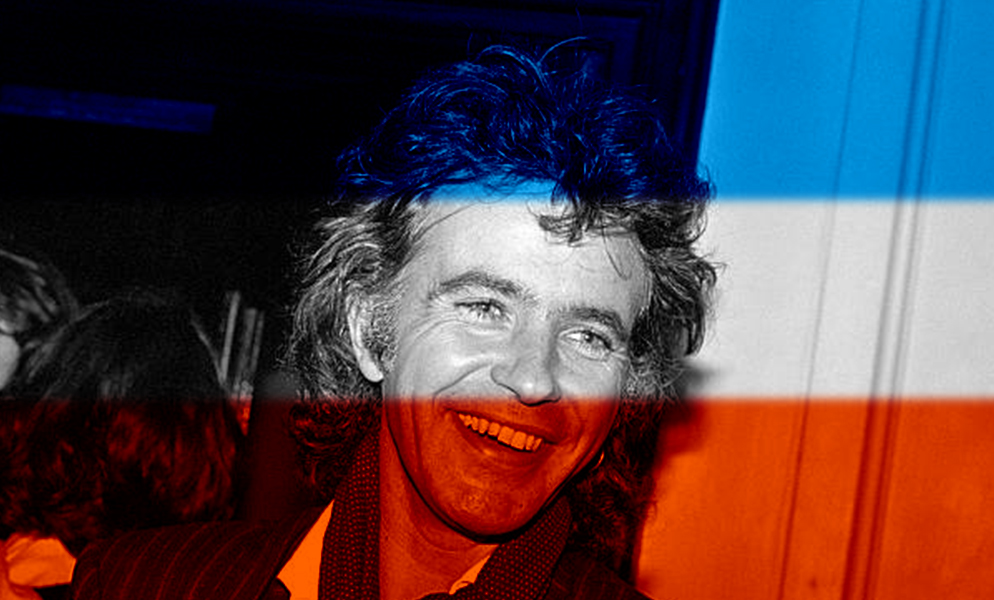 Tammy Cline’s career after Success continued to rise as gradually as before. She formed a new band, made a number of appearances at Wembley stadium and was voted “Best British Female Country Vocalist” for another two years. In 1982 she released a single ‘Love Is A Puzzle’ and followed it up with an album in 1983. In the late 1980s (still based in the UK) she formed another band (Two Hearts) and made a further album – this time in Nashville. Two Hearts split in 1992, and since then, Cline has devoted her time to her family.

Cline’s story is unexceptional in itself. She is one of hundreds those who have been paraded on our screens in the name of Saturday night television. That TV exposure is the making of an individual’s career is a myth is propagated by talent show producers. In 1982, two other new talent show offered virgin entertainers an opportunity for some rare Saturday night television exposure, and that elusive prize of a showbiz leg-up.

Central Television’s Funnybone and BBC1’s David Essex Showcase both started on 26 June 1982 and were intended to bring “wider exposure to lesser-known performers in a world where opportunity does not always knock”. Essex, in particular, was keen to emphasise that his Showcase was “not a talent show but a showcase for performers who are already professional … it’s so incredibly difficult nowadays to break into the mass media: unless you have a record in the Top 30 you don’t get on to Top of the Pops; radio is a very closed format; clubs and theatres have been hit by the recession. Unless you become a point of fashion and are picked up on, it’s very difficult to find those opportunities to show the public what you can do.” Coming at us from the Harrogate Centre in Central Harrogate, that first episode introduced us to “the exciting new names and faces of the 80s … The Belle Stars, Rikki Patrick, Pookiesnackenburger, Twelfth Night, Harry Dickman, Wavelength, and Barbara Rosenblat”. Essex failed to find any genuinely “exciting new names” among this line up. However, later editions would uncover Mari Wilson and Chris Barrie.

Refreshingly, Funnybone dwelled less on the possible discovery of new talent and more on developing a format that would suit a 1980s viewer, recognising the gradual shift in the appetite of a mass audience. “It’s a fact that television variety has been swinging from the format of a stand-up comic who links acts together with a few jokes and a lot of ‘big hellos and welcomes,’” observed journalist Alan Kennaugh in 1982, “to variety at a slicker pace and entertainment that keeps on the move without time-filling gaps … Central Television, which produces Funnybone, has in recent years been moving away from the host-type show. Ironically, Sunday Night at the London Palladium, which was produced under the banner of ATV (Central’s predecessor), not only relied on a compère, but the hosts – Bruce Forsyth and Jimmy Tarbuck among them – became bigger names than some of the stars they introduced. So in television variety, Central can face any accusation that it is not moving with the times”.

Without a talent spotter of the calibre of Hamp, Funnybone failed to find new stars. Director/producer Colin Clews had previous experience working with Larry Grayson, Frankie Howerd and Des O’Connor. However, all Funnybone bequeathed to the world was “new comedy duo” Cheese and Onion (hangovers from Clews’ previous production, the ATV Light Entertainment programme Starburst) and magician Sonny Hayes (who would, two years later, appear on the BBC’s The Copperfield Comedy Company). Funnybone’s only find of any note was probably Malcolm Stent, who (according to a 2005 online biog) enjoyed a long career as a “comedian, vocalist, musician, writer, actor and director”.

It might prove comforting for those featured in the respective first episodes of Funnybone and David Essex Showcase to note that a third show featuring new talent was broadcast on the evening of 26 June 1982. A Foggy Outlook featured Fogwell Flax, the winner of the most recent Search For A Star television series. Like Funnybone it failed to establish its star among the upper echelons of the light entertainment fraternity. After a brief and productive period working on Saturday morning children’s programmes such as Tiswas and Saturday Morning Starship, Flax has since enjoyed only occasional exposure on television and like many performers, has had to diversify to make a living.

Not that diversification doesn’t have its own benefits. As well as picking up a number of acting jobs (including the role of Miss Rosa in Orange is the New Black), Showcase debutant Barbara Rosenblat has worked in the field of audio book narration. Over the years she has been able to carve out a healthy career, receiving plaudits that would make the most successful entertainer jealous. Even at his peak, Noel Edmonds could never claim to be “spoken of with the same reverence and affection that the music industry reserves for Frank Sinatra and the Beatles,” yet this is the lot of ex-entertainer Barbara Rosenblat.

Next: “It’s the public that has to pay”