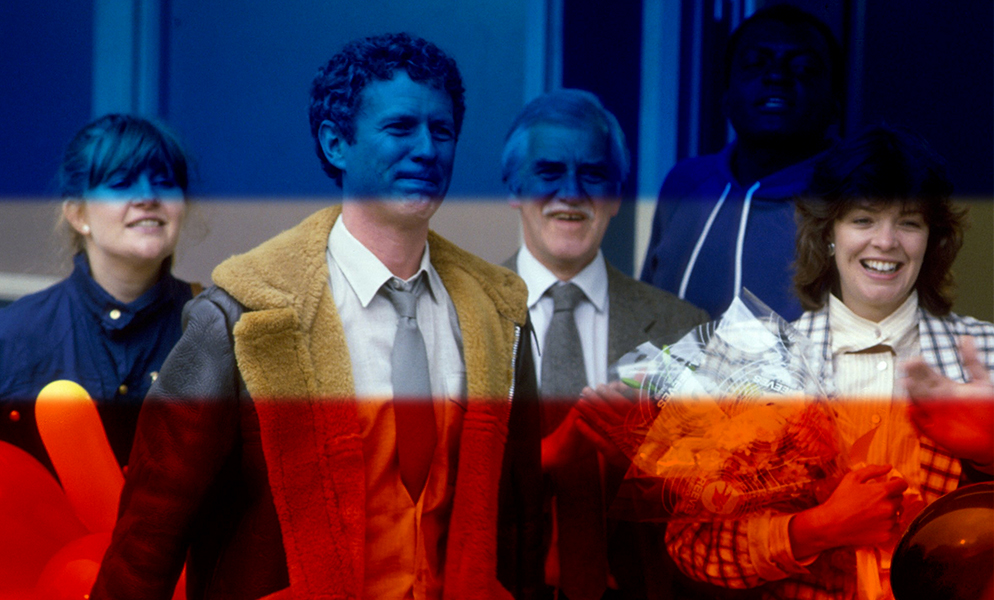 It would be up to other dramas to make their mark on Saturday nights. Jeremy Brock – then script editing Juliet Bravo was well aware of Grade’s desire for a new medical drama and teamed up with fellow script editor, Paul Unwin, to pull together an idea for a series set at night in a busy hospital casualty department. “We wanted it to be about a night shift because that’s when a city chucks up its worst oddities,” commented Brock back in 1986. Both writers had recent personal experience to draw upon (Brock had suffered from colitis and Unwin had been involved in a car accident) and hoped to provide a realistic representation of the subject matter. “We wanted to deal as grittily as possible with reality because in the past hospital series have been too smooth and silky,” explained Brock. “There’s no routine and nothing’s predictable. You just deal as calmly and efficiently as possible with whatever comes through the door”.

Although Brock and Unwin carried out some research prior to scripting the initial episodes of Casualty (including spending considerable time in Bristol’s Royal Infirmary observing the night-shift at work), they were unprepared for the rigours of episodic television drama. “We were incredibly young, incredibly green, but it was very fortunate that the whole set of circumstances fell together,” says  Brock. “We had a series bible eventually, but initially, what we wrote was a slightly pretentious manifesto because, of course, we were terribly anti-Maggie Thatcher. Our enthusiasm and energy swept us through a lack of research and a lack of maturity when it came to story structure for example. I can remember sitting down with a writer during the first series, who worked on Cheers and she knew about acts and I said, ‘What do you mean acts?’ She actually sat me down and explained that Cheerswas a three-act structure and I swear I had no idea that it was the best way to do it. I thought that acts were things you did in the theatre, not television, and that was the degree of learning we had to do”.

Casualty’s first episode aired on 6 September 1986 and immediately set about addressing issues of contemporary interest. In its first year, the show would touch upon alcoholism, drug abuse, AIDs and football violence. Its grittiness and ultra-realistic style drew comparisons not only with EastEnders but also ITV’s The Bill and Channel 4’s Brookside. Somehow these four series seemed to co-exist in the same fictional universe and there was a sense that, with this association, Casualty was part of the modern television drama landscape.

In its early days a constant theme was the conflict between management and medical professionals. The prism for this debate was the character of Ewart Plimmer (played by Bernard Gallagher), the manager of the nightshift, who was shown to be forever at loggerheads with the upper tiers of officialdom. It was evident that the issue was something that Brock and Unwin felt extremely passionate about, and it is probably to their immense pride that the series provoked the ire of the Conservative Party who lambasted it for being biased and distorted.

Although well regarded and much talked about straight from the off, Casualty took some time to reach the point where it became one of the BBC’s ratings mainstays. After the conclusion of series two, the decision was made to move the show from its early Saturday night slot of 7.50pm (where at its peak it had attracted 10.9 million viewers) to 9.30 pm on Fridays. Here the show began to steadily grow in popularity, culminating in 16.1 million viewers tuning in to the last Friday night series, before Casualty was returned to (what we now regard as) its rightful place on Saturday evenings.

Casualty evolved over time, and just as EastEnders, The Bill and Brookside moved away from authentic realism to focus on viewer-grabbing storylines, Casualtyhad to change. In 1994, Corinne Hollingworth was appointed producer and upon her say so, character-based drama was accentuated at the expense of the overt politicising of earlier years. Now scenes of conflict with NHS management became opportunities for the programme makers to portray managers – any managers – as universally incompetent (a perception sure to be shared and supported by the vast majority of the audience).

The various accidents that befell the unfortunate citizens of Holby, also took on a different resonance as regular characters were routinely asked to deal with medical conditions that in someway reflected or commented upon their own personal situations. We became less interested in the patients’ plight, except for what their condition might reveal about the doctors and nurses treating them. Such plotting and strong focus on the developing arcs throughout each series, may seem in some ways a betrayal of Casualty’s original, politicised zeal, but given the depoliticising of television drama in general during the 1990s and the sustained performance of the series, it is an evolution that was necessary in order to survive.

“Casualty works because it’s a gear change out of early entertainment early evening entertainment. Suddenly you’re into a narrative, but it’s very popular,” says entertainment producer Michael Leggo. “You can relate to it and you know you are going to be moved either to tears or to happiness through the outcomes of various stories.”