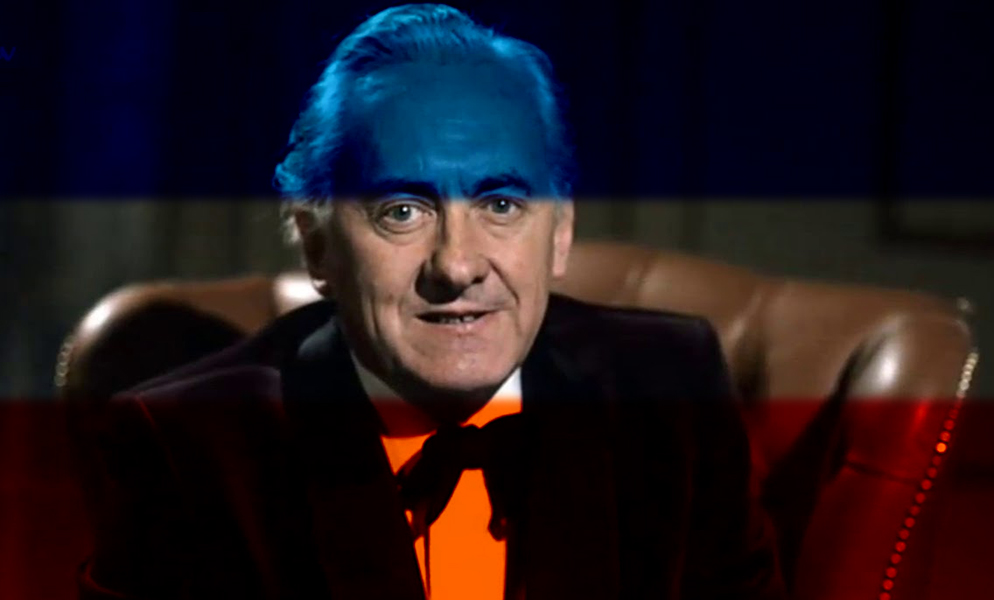 While the acts breaking through to British television in 1980 were, in the main, well established live performers, their ascension to the arena of mass entertainment still represented an injection of new blood. Yet few were creating formats unique to the medium in which they were appearing. Conversely, the BBC’s Jim’ll Fix It was a kind of entertainment that could only exist on television. Beginning with a plea by Jimmy Savile for letters on a 1975 edition of Nationwide, 1980 was the heyday of one of the BBC’s most successful ever programmes, with over 19 million viewers tuning in to watch a collection of peculiar vignettes spun out week after week. Savile claimed the show’s popularity was down to his decision to limit the run of each series, thus leaving the public wanting more. Being scheduled just before The Generation Game would have helped too, but programmes such as Jim’ll Fix It and The Generation Game suggested a different kind of future for British Saturday night television, one in which format became king.

Born in Hackney on 12 April 1948, Jeremy Beadle was a “formats” person, and in 1980 he was working up an idea he had called The People Show. Partly based on the American series Candid Camera, Beadle had completed a pilot episode (under the title of Gotcha!) for the BBC featuring Paul Daniels, Pamela Stephenson and David Copperfield. However it was  be rejected by head of light entertainment, Bill Cotton for being too “vulgar”. “Who knows?” reflects Beadle. “Had Bill Cotton said yes to Gotcha! I probably would have remained a writer and never have gone on to do Game For A Laugh.”

Working with Jeremy Fox (co-creator of The Krypton Factor), Beadle further refined The People Show format and looked around for prospective buyers at ITV. The end result was an 80-page document detailing exactly how ITV would finally break The Generation Game and the BBC’s hold over Saturday night television. Now LWT’s head of light entertainment, Alan Boyd responded positively to the proposal, and set about tweaking it further.

US TV producer Michael Hill was brought in to help Beadle and Boyd tap into a different kind of production sensibility. “We learnt how to dynamically package a show,” says Boyd. “The use of music. The use of the cut rate. That was American training. Those guys forced us to edit differently. They forced us to use music. They forced us to use a cut ratio. If we had a mistake they said take advantage of an error. We were slightly simple in those days, compared with them.”

At the end of this process all parties were happy, however two factors remained outstanding; first of all Boyd had strong reservations about the title – this was easily fixed. The second issue though, was one that had preoccupied LWT for much of the year –the renewal of their ITV franchise.

The 31 May 1980 edition of TV Times set the scene for the interested reader: “At six o’clock this Tuesday, June 3, at the Grand Hotel in St. Helner, Jersey, history will be made. That is when the first of a series of ‘final public meetings’ will be held by the Independent Broadcasting Authority, to help decide the shape of ITV in the 1980s. The contracts – licences to broadcast – of the present ITV regional companies run out next year. All of them have applied for a renewal, but they are being challenged by a number of new companies. For the London franchises, for instance, both London Weekend Television and Thames Television are being challenged by a consortium called London Independent Television, led by Hughie Green.”

Green’s consortium intended to match the entrepreneurial spirit of Frost’s bid of some 13 years earlier.  It’s not difficult to imagine that a great deal of pomp would have accompanied his proposal. However, in truth there was an inherent lack of credibility or originality about the group of people gathered to form LIT. The IBA remarked that “LIT, on paper at least, hardly hangs together as a group with any clear identity, yet it is applying for the major franchises in the ITV system”. The proposed programme line-up was extremely dubious and suggested that LIT were pitching for a seven-day franchise (which, although considered by the IBA, was never actually on offer). In general, there was an air of improvisation, as if Green felt his own formidable personality would suffice in smoothing over the gaps.

Meanwhile, LWT and Jeremy Potter were ensuring no stone was left unturned in their effort to secure a successful second term. Treating the whole thing like a political election, they set about attempting to woo the audience. Eight meetings took place during 1979, with a final gathering in 1980. The events were designed to allow the general public to air their concerns or comments regarding the station’s output. Inevitably, criticisms were voiced, but by now the old guards of LWT, as well as the IBA, were aware that bringing together a cross section of the British television audience and to talk about the current state of the medium almost always resulted in negative comment. Cutting through the low-level criticism, it became clear that there would be no significant public objection should LWT’s contract be renewed. Indeed in the opinion of the IBA, LWT had developed “diverse good qualities over recent years,” and while Southern and Westward lost their franchises to TVS and TSW, LWT – with the award of this new contract – finally achieved legitimacy as an ITV company. Of course, the latest round of awards also saw the creation of a new breakfast franchise that was spectacularly won by old LWT stalwarts, Peter Jay and David Frost.

Next: “Alan is too commercial”