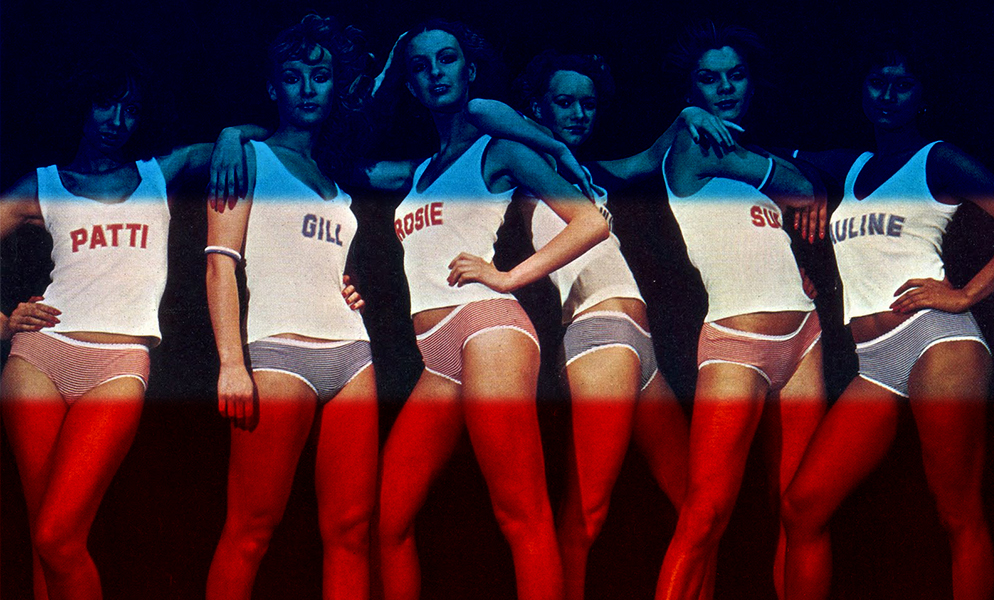 “I’m sick and tired of those same old prizes,” bemoans Peter Holmans. “We’ve got to think of something new”. Self-criticism and angst typified British television in 1981. The industry’s old guard seemed to believe the medium was either becoming too tawdry, too banal or too boring.

Holmans, a freelance quiz show expert, studied Law at Cambridge, wrote the first 125 episodes of Emmerdale Farm, worked on Double Your Money and would later become one of the producers of the innovative Treasure Hunt. However in 1981, he was fighting the quiz show cause on a number of fronts. As the man behind Scottish Television’s Now You See It (with prizes ranging from £70 of Caithness glass to £300 worth of crystal), he was ready to tell anyone who would listen all about the inadequacies of the British quiz show. “We really must get away from prizes like TV sets and holidays for two in Majorca,” he complained. “In America it’s easy. Give them 25,000 dollars and they’re happy. In Britain there’s a feeling we ought to give physical prizes. But how do we make them less boring?

“I’m dead against Sale Of The Century because they’re entirely dismissive of their contestants,” he continued. “We get to know nothing about them. I have the same objection to Blankety Blank … some respect is owed to people who come into television studios to entertain us, often for nothing”. Holmans also had a word to say on question difficulty levels. “I want to test the limits of questions and answers. These shows have been rubbish for far too long – ever since a contestant was asked: ‘Where is the English Channel?’”

In response to his generally critical evaluation, Holmans found himself the recipient of a number of quiz show formats sent in by the readers of TV Times. Their ideas were not particularly helpful in finding a way forward for the genre, but revealed that viewers in 1981 held rather old-fashioned preconceptions when it came to quizzing. In particular, there was a strong sense that the prize awarded to the contestant should in some way be related to the nature of the game. One dubious suggestion was to broadcast a quiz for handicapped people in which contestants would compete to win an electric chair “or other items not available on the NHS”. Regardless of the feasibility of this specific suggestion, there was a sense that prizes should be properly earned. Of course, at the time the IBA would not allow quiz shows to give away prizes with a value in excess of £1,750 (except for on an occasional basis defined as not more often than every four weeks, in which case the prize value could be as high as £3,250).

Quiz shows have remained a staple part of British television and regularly ignite debate concerning issues such as avarice and intellectual content. One of 1981’s other raging television arguments though, tackled a subject that is in itself now almost completely marginalised. “There was a time in the not-too-distant past,” recalled director Richard Afton, “when to earn a living as an entertainer, at least a modicum of talent and a presentable appearance were essential requirements, Dancers for example could dance. Then along came television, and entertainment was turned upside down. Now the extraordinary bodily contortions that masquerade as dancing … are purely an invention; a result of a lack of training, talent or enterprise.” At the time groups such as Hot Gossip, Legs and Co, and Foxy Feeling were finding regular work on television and were well known to most viewers. In particular, Hot Gossip were creating a reputation for themselves due to so-called “steamy” routines on ITV’s The Kenny Everett Video Cassette. The ensuing debate playing out in the pages of TV Times, pitted Afton (creator of TV’s first permanent dance troupe the Television Toppers) against Arlene Phillips, the leader of Hot Gossip.

Popular television was trying to come to terms with a period of modernisation brought about by ITV’s desire to intensify their focus on attaining the highest ratings for the least cost. This shift was leaving purveyors of older entertainment traditions, people such as Afton, left in the cold. “I put the blame squarely on TV producers who can’t see higher than their navels,” Afton would claim before going on to add that a “similar situation developed in pop music after the success of the Beatles – and we all know what that led to”. In reply, Phillips invoked her perception of the general change in the orientation of the British public towards a more open society, or to put it her way: “People love us to be sexy. That is what the world is about today. You can turn to page three in a national newspaper now and see more than Hot Gossip show.”

Next: “The manure is worth more than the cattle”