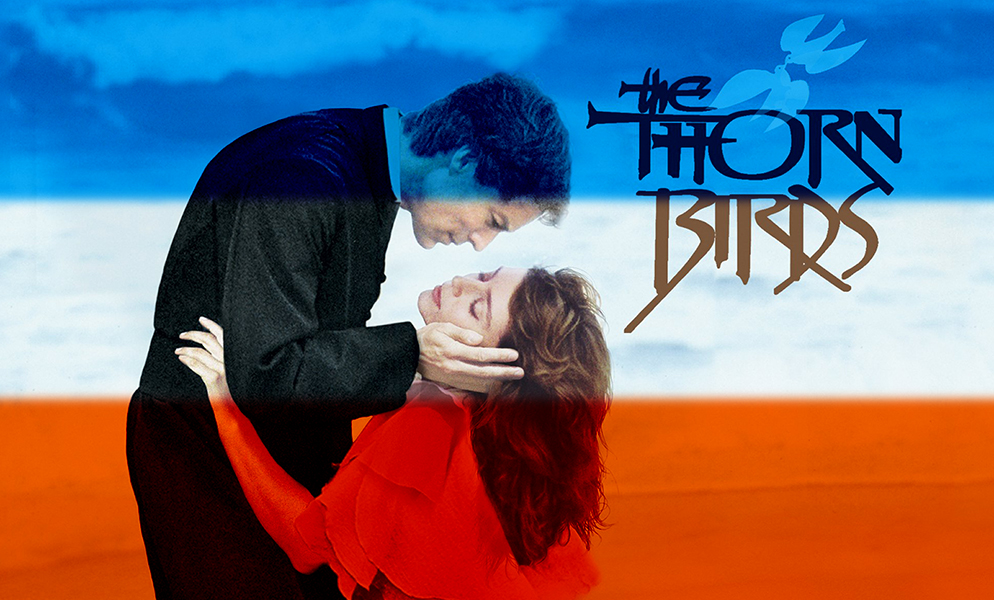 At the beginning of 1984, the BBC was forced to fight political battles (both internal and external) on almost all fronts. Its attention was diverted by early explorations into satellite television, a high profile and often rancorous public debate about the licence fee and declining ratings in the face of an increasingly confident ITV.

“The BBC and its audience are like a long-established married couple,” asserts author Michael Leapman. “They lose patience and make dire threats of ending it all, but find in the end they cannot live without each other.” The transmission in January 1984 of the schmaltzy drama The Thorn Birds was, for many, yet more proof of an intolerable decline in the quality of the corporation’s output. The series was unremarkable in itself – no more downmarket than any number of dramas shown on the BBC or ITV at the time. However, The Thorn Birds suffered the misfortune of being scheduled against Granada Television’s hugely impressive drama series The Jewel In The Crown. Leapman recalls that “the odious comparison between the Jewel’s home-grown quality and the BBC’s imported pap was provoked by Douglas Hurd, then a junior minister at the Home Office, who briefed lobby correspondents to the effect that the BBC could not expect an increase in the £46 licence fee if it produced such trash.”

The issue of mass appeal, mainstream television had always been problematic for the BBC, but with the intense scrutiny of a largely unsympathetic government upon it, the balance between producing programmes of decent quality, while still catering for an audience wide enough to justify the continuance of a licence fee was more difficult to strike than ever. At the weekends, the BBC’s main opposition at ITV remained London Weekend Television, and that station’s director of programmes, John Birt, recognised the political sensitivity of the BBC entering into an out-and-out ratings battle with their commercial rivals. “There is certainly not a war,” Birt explained in 1984, “a rivalry perhaps. It does remain our prime aim to show programmes of broad appeal in peak-time, but this isn’t exclusive. Quite often we show drama on a Sunday night that we know will not pull in a large audience. But we face the BBC at its most competitive, the weekend, and there is no doubt that we expect the majority of our programmes going into peak-time to be successful. I would not, though say that means we produce safe material.” As examples of risk-taking in primetime, Birt would cite LWT’s variety show Live From Her Majesty’s as well as “the utilisation of home-grown entertainers like Russ Abbot and Cannon and Ball, and Go For It”(a six-week comedy series playing out on Sunday evenings and featuring impressionists Les Dennis, Dustin Gee and Bobby Davro amongst others).

Even before Birt expounded upon the current health of his station, preparations for Cilla Black’s imminent new television series were at an advanced stage. In 25 February 1984 edition of TV Times, the following appeal was made to readers: “Looking for long lost auntie? Or the best friend you used to have at school and haven’t seen in years? Maybe Cilla Black can help. As one part of her forthcoming new series on ITV – called Surprise Surprise – each week she’ll be trying to get people who have lost touch back together again. Write and tell her who you’re looking for and she may be able to find them. It could be a single person or group. ‘With that smashing bloke Chris Biggins to help I’d love to re-form a chorus line of dancers for a knees-up 20 years on or put an Army unit back together again to swap yarns’ she says … ‘I can’t promise 100 per cent success in every case but I’ll certainly try, and the most interesting reunions will be on Surprise, Surprise later this year’”.

Playing on a Sunday night Surprise, Surprise would nevertheless have an influence on the evolution of Saturday night television. It re-established the career of Cilla Black, and  – in time – became one of the first British television programmes to be criticised under the clarion call of “victim TV”. On a number of occasions, professional counsellors would warn against the harmful impact of reuniting supposed loved ones in the manner chosen by such programmes. The point was made that sometimes people fall out of touch for perfectly legitimate reasons. On one occasion, plans were at an advanced stage to reunite a man with his natural mother before a member of the Family Tracing Services for the Salvation Army interceded and explained that the man in question had never told his wife and family that he had been adopted.

“There is all the anticipation of the great emotive point,” psychotherapist Barbara Thomas commented. “The camera zooms in on them immediately after the reunion. It is horrible, because it should be a private moment”. In 1994 Surprise, Surprise came unwittingly close to becoming embroiled in a major personal tragedy when they received a plea to help track down a missing sister. The item, if screened would have been included in the Searchline Appealsegment of the show. The disappearance of the missing sister was resolved in a way that reminded viewers that behind every photograph of a missing individual there was a story to be told; sometimes tragic in nature. The sister in question turned out to be Catherine Costello, the first wife and early victim of mass murderer Fred West.

To focus only on the darker side of programmes such as Surprise, Surprise is to miss the point that human interest television will – by definition – either intentionally or inadvertently touch subject matter that many would argue cannot be appropriately addressed within the remit of a populist, light entertainment vehicle. In the main, Surprise Surprise consisted of nothing more sinister than Cilla arriving unannounced at someone’s work / school / social club and forcing a pre-chosen victim into participating in an activity that would form the backdrop of a musical number.

Next Monday: If you want Russ Abbot to do it then you have to accept me and my ideas