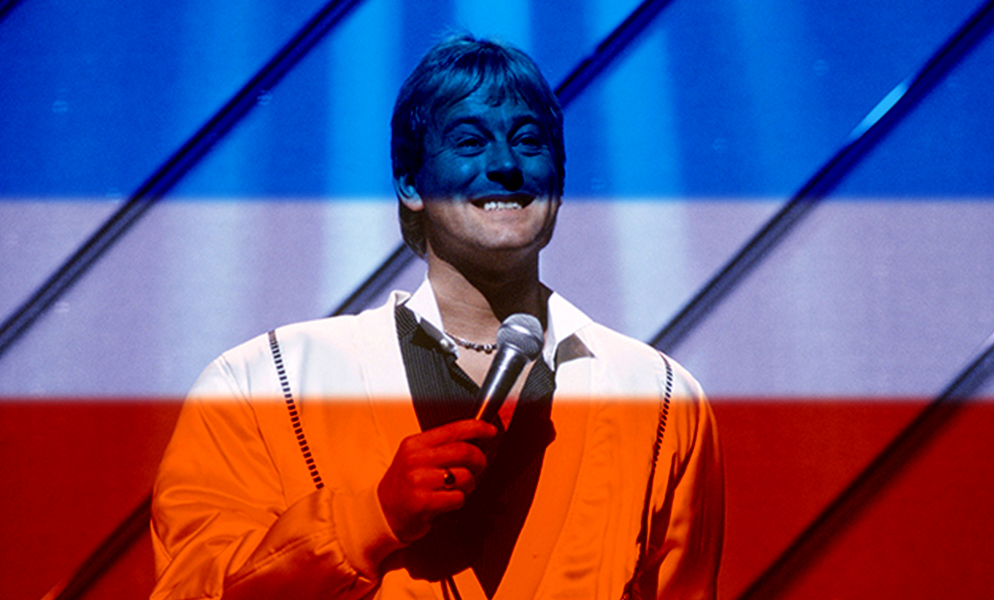 “It’s wallpaper TV,” claimed Daily Mail entertainment columnist, Baz Bamigboye in 2000. “But watching Cilla is like using an illegal substance. You know you shouldn’t but you like it.” “Strong format, fantastic engagement with the audience, broad age range, consummate professional presenting it,” says Noel Edmonds. “If you’re asking for a professional’s view, that would – for me – be the best Saturday night format.”

Blind Date owes its initial success – in part – to the demise of a similarly successful and ground-breaking series. It was John Birt’s decision to move the ailing Game For a Laugh to Sunday nights that opened up a prime slot on Saturday evenings. Game For a Laugh’s allure was its originality and inventiveness, and as the creative forces behind the show ran out of ideas, Birt ensured its successor in the Saturday evening slot required little in terms of sustained creative input, and relied instead on great casting and a highly successful, but unchanging format.

It is said that Cilla Black first became aware of the television series Perfect Match while on a concert tour of Australia in 1984. Recognising the show had popular appeal she asked her bosses at LWT why there was not a British version. LWT’s then head of light entertainment, Alan Boyd, had in fact already bought the format. Cilla had failed to hear about it because Boyd – recognising that Game For a Laugh and Surprise Surprise were already occupying the Saturday and Sunday night schedules – had sat on it, waiting for a suitable gap to appear. Perfect Match actually began life in America in Studio 55, ABC Television Center on 20 December 1965 as The Dating Game.

The series was the brainchild of Chuck Barris, an eccentric, but highly influential figure in US television who would later go on to create long-running game shows, The Newlywed Game (which would find its way onto British screen as Mr and Mrs) and How’s Your Mother-In-Law. The Dating Game owed much to Barris’ step father (who lent Chuck $20,000 to produce the show) and the willingness of ABC to broadcast the series in the face of strong criticism against the show’s often unambiguous exchanges (on one occasion a female contestant asked one male contestant “What would I like most about you?” to which he promptly replied, “My cock”). Such was the strength of feeling directed at The Dating Game that on the day it first went on air, the Chicago Tribune ran a story entitled “Daytime Television Hits All-Time Low”.

The series was a major success. Presented by Jim Lange, The Dating Game was also noteworthy for providing early television exposure for future stars Teri Garr, Tom Selleck, Arnold Schwarzenegger and Farrah Fawcett. In 1973 The Dating Game went into syndication, and then left the airwaves altogether, until Barris engineered a comeback four years later. This time the series was raunchier than before and consequently lasted only three years amidst a barrage of complaints from viewers and press alike. In 1984, Barris sold the world rights to Fremantle Corporation.

In 1985 the BBC was locked into a fierce internal and external struggle to strike the right balance between popularity and quality. However, this dilemma was not unique to the public service corporation. Birt, sensing that The Dating Game was a winning formula, wanted to get a British version of the show on air, but was conscious that a mid-term review of LWT’s licence was being conducted by the IBA. “Alan (Boyd) and I worked closely to sanitise the programme for a British audience,” explains Birt. “In the event, David Glencross at the IBA was even more nervous than I had predicted. Alan and I brainstormed about the rules. In LWT’s version, we would be the spoilsports: the winning couple would travel to and from their date in the span of a single day; and they would go their separate ways and return to their respective homes by nightfall. They would be chaperoned at all times by a stills photographer. In their debrief for the following week’s programme, they would be encouraged to talk about personality, we would steer well clear of sex.”

Even with a revised format, Boyd and Birt realised the pivotal element needed to ensure their version of The Dating Game (to be called It’s A Hoot) would obtain the approval of David Glencross was the choice of presenter. Boyd’s instinct was to follow, what he describes as the “Larry Grayson route”, and approached comedian Duncan Norvelle.

At the time, Norvelle was known as the “Chase me” comedian (thanks to his famous catchphrase). He had appeared on the BBC’s Saturday night entertainment series The Main Attraction (1983-1984) and Central Television’s midweek variety show Mike Reid’s Mates and Music (1984). Seemingly just another of the burgeoning number of mainstream comedians that blossomed on British television during the early and mid-1980s, Norvelle’s camp persona ensured he achieved a level of exposure that exceeded his peers. His act was, in fact, inoffensive and his material non-sexual in nature. However, given the opportunity to host LWT’s new dating game show, the comedian inexplicably turned on the innuendo. “Duncan would rush out from behind the screen and say, ‘If you don’t like him, I do!’” recalls Boyd. “(Norvelle)’s unprovoked stream of gay innuendo not only put sex centre-stage, but also got in the way of the strong, central message of Blind Date– heterosexual attraction,” adds Birt. Norvelle struggled too with the show’s format. “We couldn’t edit him because he didn’t get the logic right,” says Boyd.

Next Monday: The Most Sexless Person In Television