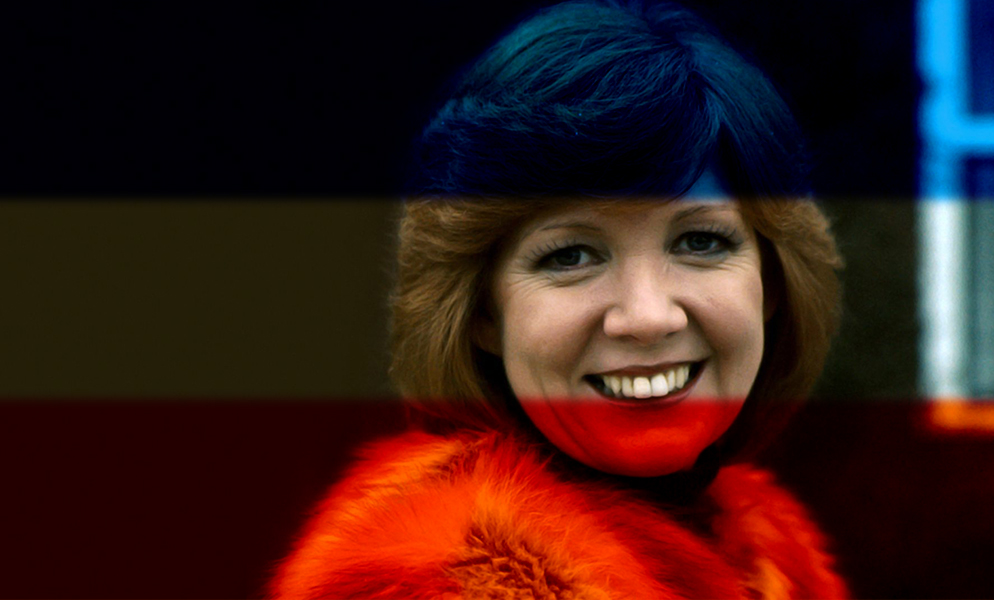 In 1982 British television had to cope with the arrival of a new terrestrial channel, whiIe ITV also had to contend with new franchise awards, and so 1983 offered the promise of calmer waters. Mind you, breakfast television was on its way, although many criticised a cash-strapped BBC for even entertaining the notion of such a service. But for Saturday nights, here was a year for consolidation. The Alan Boyd revolution at LWT was still some months away, but the network was rallying around the creation of a number of new formats, energised by the success of Game For A Laugh. The BBC was still assembling the pool of talented entertainers that would see the corporation through one of the biggest cultural changes in its history. ITV, too was re-assessing its list of candidates able to front a truly popular light entertainment vehicle. But at least the prime movers were now beginning to appear on the radar.

Holidaying in Spain, Cilla Black was enduring a quiet start to 1983. Born Pricilla Maria Veronica White in Liverpool’s Stanley Hospital on 27 May 1943, Cilla came to prominence as part of the burgeoning Merseybeat pop scene of the early 1960s. Spotted by Beatles manager Brian Epstein, she enjoyed a string of number one hits throughout the decade including “Anyone Who Had A Heart,” “You’re My World” and “Surround Yourself with Sorrow”. The 1970s were less successful, with singles such as 1974’s “Baby We Can’t Go Wrong” stalling in the high 30s. Happily, television opportunities had opened up.

Now it was the 1980s and Black found herself in career limbo. She had proven herself a more durable product then her 1960s contemporaries Sandie Shaw and Dusty Springfield, but her last significant television appearance had been the six-part situation comedy, Cilla’s World of Comedy for ATV in 1976. The birth of third son, Jack, had provided her with an excuse for lack of exposure in recent times, but the truth was that with traditional variety on the wane and the proliferation of northern and alternative comedians, there were few TV vehicles suited to her talents. Speaking in 1983, she admitted, “a new television series of my own would have to be one I believed to be better than my original Cilla series. And good new programmes are hard to find. I’m bored to tears with singers who do nothing more than go through a set of songs”.

In 1983 Black guested on Starburst, Punchlines and Live From Her Majesty’s. “Everyone seems to have learnt from the things we tried out,” she bemoaned in reference to her award-winning 1968 variety show. “We did street interviews every week. Esther Rantzen has made that idea a key part of her programme. There are elements of Jim’ll Fix It which I find similar to things we started. I used to have an unusual ambitions spot. One of our funniest resulted from a person wanting to wash an elephant in front of the camera. Imagine that on live television! The studio was awash with more than soapy water. The piece finished up a chaotic cross between Jim’ll Fix It and Game For A Laugh.”

At the time, discussions were ongoing with a number of different parties. As her biographer, Douglas Thompson recalls, “the search for a new ‘Cilla’ television series went on … and on. During those endless marketing and programming conferences at ITV, and BBC, it always seemed that Cilla was agreed to be a sensational asset, but … she needed a suitable backdrop for her personality. Otherwise it was Punch without Judy, a newscaster without the news; it doesn’t work … Cilla badly needed a sparkling new TV show to present. The BBC had been her home for nearly a decade but the ITV companies appeared more open to ideas, and had the cash to spend on them … with hindsight you might wonder how Cilla Black survived on the BBC. She would seem created for the independent networks, which are aimed at a mass audience.” The writer, Clive James distils her appeal as follows: “To be Cilla Black you have to have two essential elements and they rarely go together. Everybody has to love you, and you have got to be generally interested in ordinary people.”

Cilla’s big break would come not from fiercely contested negotiations (usually brokered by her husband Bobby Willis) but from an appearance on the fledgling Saturday night talk show of another of television’s burgeoning behemoths of the 1980s.”On chat shows,” remarked journalist Tony Barrow, “Cilla has always tended to take over her own segment of the programme, hilariously interviewing herself while her host talks to himself for 10 minutes. Even unflappable Terry Wogan was splendidly upstaged recently.” “Cilla Black had been in the shadows for a few years when she came on Wogan,” elaborated the eponymous host, “and awoke the nation anew to her talents with a hilarious routine about a Liverpool radio phone-in show. On the other side of the Thames, Alan Boyd spotted her”. Boyd picks up the story, remembering, “I phoned her up and David Bell and I had her in. It was Tuesday afternoon, lunch time and I said, ‘I’ve got this new show called, the Good News Show …  Cilla, we’d like you to do it.’”

Elsewhere, fearing the impending demise of Game For A Laugh, Jeremy Beadle had been studiously working on a new programme format; something he could move on to present himself. He remembered a particularly effective Game For A Laugh set-up in which a young man in the Royal Navy was unexpectedly joined on ship by his mother. “It was a memorable reunion,” recalls Beadle, and obviously one that set his mind racing. “When Game For A Laugh was nearing its end and I was looking for a new vehicle, I came up with a project that combined the best of This Is Your Life, which is all about reunions, the best of Game For A Laugh, which used hidden camera stunts and the best of Jim’ll Fix It, which makes dreams come true. I put them all together and I called it Surprise Surprise. It was considered by LWT and then put in a bottom drawer”. While Beadle was on holiday, Cilla, with her 40th birthday approaching, recorded a pilot.It was agreed that a series would go into production in 1984. “They did a wonderful job,” concedes Beadle, “but to this day, I like to remind Alan (Boyd) that that was my idea.”

“No, he didn’t come up with Surprise Surprise,” contests Boyd, “And I’ll say that very clearly.” Boyd attributes the creation of Surprise Surprise to the confluence of Cilla Black’s appearance on Wogan and format development undertaken by Earl Durham, an American consultant of Boyd’s acquaintance. The eventual name for the series came, according to Boyd, out of his initial conversation with Cilla. “I said ‘We’ve actually got this show where we go up and surprise people, and we say “Surprise Surprise we’ve got good news for you”’and we actually said the name … it was the first time it ever came out of my mouth.”

It was Cilla’s insistence that the show be broadcast live. She also wanted to sing on each show, and requested three changes of costume per episode. “I’ll let you sing Surprise Surpriseand you’ll have one costume,” responded Boyd. For him the great appeal of Surprise Surprise was the show’s ability to self-generate content. “(It) fed itself. 70,000 people came up with ideas for you. ‘Can I meet?’ ‘Can I get?’. Whereas Game For A Laugh ate itself. And one of the problems when you eat yourself is you can’t repeat it.”

Next Monday: Watch the redoubtable Terry take off