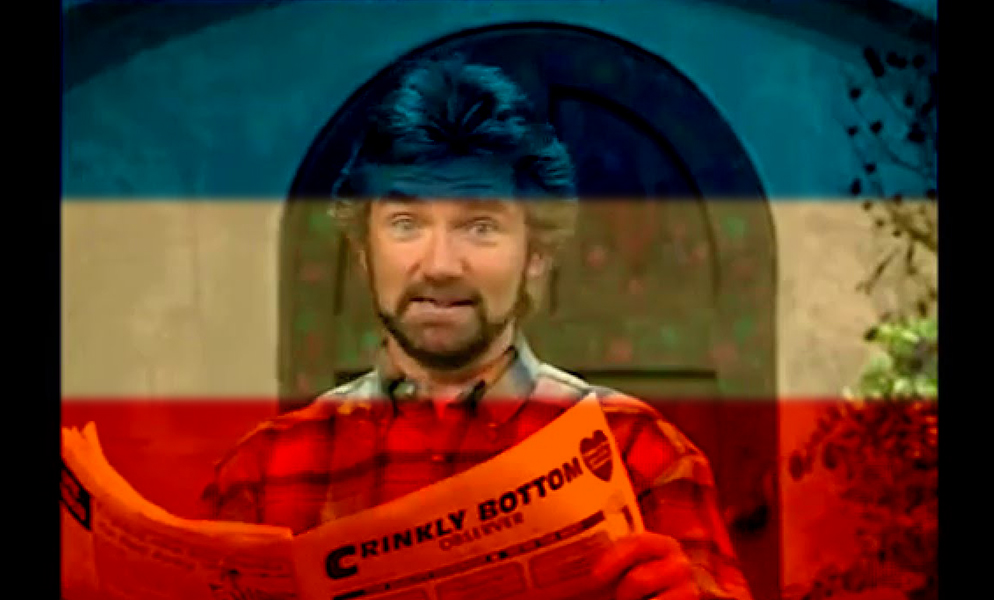 With a number of veteran series ending, what would take their place in the Saturday night schedules? Ironically, their initial replacement was Bruce Forsyth’s Generation Game which, after a successful run on Friday evenings in 1990 was brought back to its famous Saturday slot from September 1991 onwards. Another ratings banker came in the form of Challenge Anneka. This was a departure for Saturday night television, in that it was made entirely out of the studio and used the techniques of factual programming – though given the rise of “reality entertainment” in later years, it looks less unusual. It had many of the familiar aspects of Saturday night entertainment, though – a race against time, some spectacular transformations, and a human interest angle through the good causes that Anneka would help out along the way.

The biggest light entertainment hit of 1991, however, also had its roots in previous programmes. The Noel Edmonds Saturday Roadshow had run for three successful, if unspectacular series. However it seemed as if inspiration for the show’s weekly “locations” was wearing thin, and the concept limited what could be done within the show. So in November 1991 came Noel’s House Party. The new show had a permanent set, memorably in the picturesque village of Crinkley Bottom, and more scope for running jokes – notably the recurring spot when Noel read spoof news stories from the “Crinkly Bottom Observer”. It also meant, though, that the comedic concepts didn’t have to be set up from scratch every week. Many aspects of the Saturday Roadshow were carried over, such as the Gotchas, the celebrity Lyric Game, and the gleeful dispensing of gunge onto the heads of celebrities and members of the public. Celebrities also appeared, with Ronnie Corbett on the first show as Edmonds’ “butler,” and Leslie Nielsen appearing as an eccentric villager indulging in some comedy crosstalk with Noel. Some of these guests were billed in advance, while others were complete surprises – the idea being that viewers would never know who would be coming through the on-stage door. The programmes were always broadcast live, and there was always a frisson of excitement that there could be major problems (this really happened only once in the early days, when an episode in March 1993 had to be cancelled due to a bomb scare at Television Centre).

New aspects include the Money Box game, where each week viewers at home could win up to £1,000 if a celebrity could grab it in a wind tunnel. However one aspect that set the House Partyapart from its predecessor was, apparently, kept a secret even from members of the production team. NTV (apparently standing for “Now … The Viewer”) saw Noel click his fingers and an unsuspecting viewer find themselves live on television while sitting in their own armchairs. Tiny cameras had been installed in their sitting room while they were out, and the production team had spent several weeks raking up all sorts of embarrassing moments from their past which Noel would reveal on air.

The central idea – a viewer sitting down watching the show suddenly finds themselves on TV – guaranteed genuinely spontaneous and amusing reactions. But the production team had to ensure the victims would take the sting in good heart. Sometimes this didn’t matter – on one of the very early episodes, the subject fled from the living room immediately after realising she was on air and refused to come back for the entire show. However the fact the feature had gone spectacularly wrong was just as amusing as if it had gone right, with Noel constantly cutting back to the deserted sofa for the rest of the show (“NTV brings you … empty rooms!”). NTV became a major talking point and probably contributed to the show beating the formidable Blind Date in the ratings for the first time.

Perhaps the most notable NTV in the first series, however, came in the last programme. Dave Lee Travis had been set up by Noel for a Gotcha earlier in the run, and Travis’ enraged response became one of the most famous moments in the show’s history (and a full version became – at the time – one of the most downloaded MP3s in the history of the web). The joke on the final show was that Travis would get his own back on Noel, and NTV proceeded as usual until DLT walked into the “victim’s” house – revealing it was in fact in the studio next door, and Noel had been talking, not to a member of the public, but Bobby Davro in disguise. If it all seems a bit contrived, this “anything goes” format was a big departure, and established a tradition of the production team getting their own back on Noel once a series.

Next Monday: You’re BBC, you shouldn’t be here