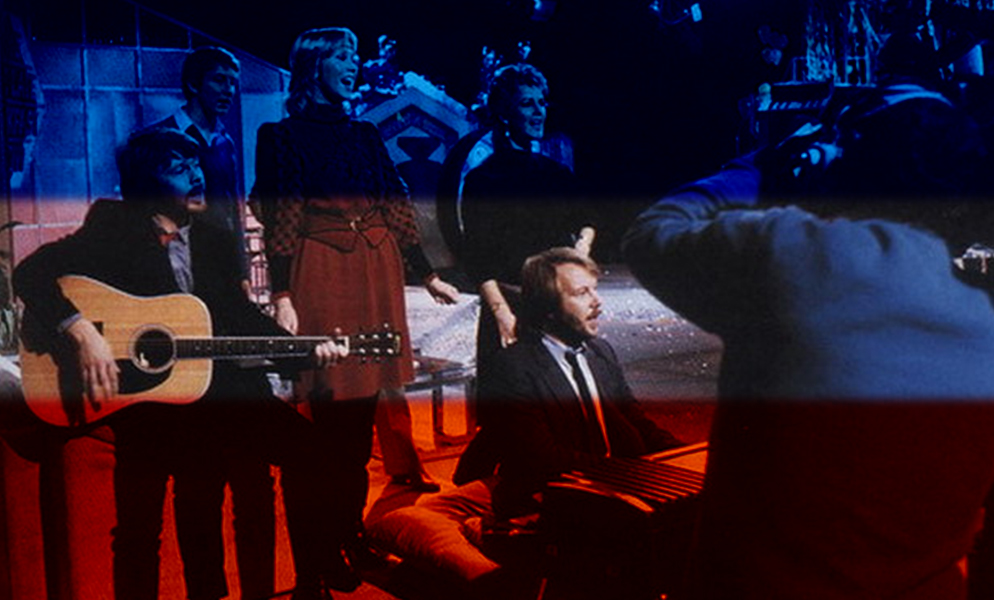 The BBC’s head of variety, light entertainment group, Jim Moir took Noel Edmonds out for several lunches during 1982, to help the presenter shape the trajectory of his career. Did his future lie in series such as Top Gear?  Or were Saturday nights calling out to him? Apparently, Moir said; “If you want to be an entertainment presenter, I will back you and I will give you the opportunity.” “And then,” remembers Edmonds, “being Jim Moir I think he actually said, ‘and I will make you a star’ … and that was the beginning of 17 years on Saturday night.”

In autumn 1982, the BBC announced Edmonds’ new series – The Late Late Breakfast Show – was to be broadcast at 6.35pm on Saturday evenings. “For 40 adrenalin-pounding minutes Noel Edmonds will have to keep a half-dozen or more different strands of television activity moving, interlocking and matching,” promised Renate Kohler in that week’s Radio Times. “And every last minute of his Late Late Breakfast Show will be live”. The “strands” included regular satellite interviews with stars, viewers’ own amusing home movies, secret camera stunts performed by Noel’s Hit Squad, the Golden Egg awards (a collection of television “bloopers”), the search for Britain’s feeblest man (“Mr Puniverse”), and the soon to become infamous Whirly Wheel challenge. This element was to form the climax of each episode and involved a member of the public performing an audacious stunt. Much like Beadle and Boyd at LWT, Edmonds had arrived at the conclusion that the secret to Saturday night success was variety – each programme had to be brimming with numerous and different elements that would hold the viewers’ attention until it was time to cut to the next item. This was still a relatively new strategy, but it had already proved successful for LWT.

In 2000, Journalist Michael Collins observed “these elements were refined, and confined to short strands within the walled-garden of Saturday night teatime TV. Now they are stretched to capacity as the themes in entire series elsewhere.” Even though there were numerous format similarities, Noel was adamant that The Late Late Breakfast Show was to be no adult version of Swap Shop. “This is going to be a general family muck-in kind of a programme,” he insisted back in 1982. Yet there was much about the show’s outlook that reflected not only his earlier series, but Edmonds’ experiences as a DJ. Sharing viewers’ comments with the nation, for example. This allowed The Late Late Breakfast Show to work up all manner of running jokes which the audience felt entitled to contribute to.

The Late Late Breakfast Show was fortunate in employing a highly experienced producer / director. Michael Hurll cut his teeth in the 1960s as assistant producer on The Billy Cotton Band Show and moved on to produce the television series Cilla in 1968. He also produced Crackerjack and The Two Ronnies and was instrumental in introducing Morecambe and Wise to comedy writer Eddie Braben – a combination that proved massively success for the BBC. In August 1980 he became producer of Top of the Pops and worked actively on the show until 1987. Resolutely mainstream and professional (John Peel described him as an “authoritarian figure”), Hurll was perfectly attuned to Edmond’s own attitude towards programme making. “I’ve never suffered fools gladly,” Edmonds reflects. “I have no problem about saying goodbye to people who don’t pull their weight”. While it is unclear whether or not Hurll could be quite so dispassionate, one thing was certain, he was willing to do whatever it would take to ensure The Late Late Breakfast Show was a success.  “When Game For A Laugh appeared on ITV I was not happy,” Hurll said some years later, “and I think that’s what spurred me on with The Late Late Breakfast Show, because I thought whatever they do, we can do it better.  And that generated a lot of action on our side.”

As the format came together it was decided The Late Late Breakfast Show would benefit from a co-host, and up-and-coming comedian, Leni Harper was employed to cover outside broadcasts. Dubbed at the time as “formidable,” Harper had little relevant television experience to speak of. She had just finished recording a brief appearance in an episode of the BBC’s period holiday camp sitcom Hi-de-Hi! (playing an unnamed girl in “Trouble and Strife” – the 18th episode of the show’s third series) but had little else on her CV to speak of. Whether it was this lack of experience, or – more likely – general formatting issues with the programme, Harper was to be hastily dropped. She found other work almost immediately, appearing as an agony aunt in the second series of BBC sitcom Dear Heart in 1983 followed up by two series of the LWT sitcom Me and My Girl (in which she played the role of a housekeeper). John Peel too was to briefly flirt with The Late Late Breakfast Show, but perhaps memories of Hurll’s authoritarian ways dissuaded him from sticking around.

The Late Late Breakfast Show was not to enjoy the instant success of Game For A Laugh. During its early years, acts of the calibre of Rod Stewart and Olivia Newton John appeared on the show. However stultifying and slow-moving interviews ground the programme to a halt. This was particularly pronounced when carried out via satellite (as was the case with Newton-John) where the time delay made for especially mundane viewing. However, one act would come to make quite an impression on those early episodes. Fan, Vaughan Davies, attended the recording of the 6 November 1982 edition. “ABBA made a special appearance … The BBC wanted to create a party atmosphere as we were all given hats and streamers as the video to ‘The Day Before You Came’ was played and Abba came on to sit on the couch and run through their favourite Abba songs. Agnetha chose ‘Fernando’, Frida ‘Dancing Queen’, Benny went for ‘Chiquitita’ and Bjorn chose ‘The Winner Takes It All’. After this they all sang ‘Thank You For The Music’ as the programme came to a close.”

Agnetha Faltskog would appear again on 30 September 1983 edition, this time promoting her solo single “Can’t Shake Loose”. However, she fell down some steps just as the song began. Although Faltskog continued, she had cut her elbow and was obviously in real pain. Edmonds was appreciative of her professionalism, and perhaps grateful for the moment of genuinely memorable television. Agnetha was awarded a Golden Egg in recognition of the week’s biggest cock-up, as Edmonds, ensured the maximum amount of mileage was extracted from the incident.

Such moments gave the illusion The Late Late Breakfast Show was a dynamic and dangerous programme, but it was struggling. A misguided outside broadcast stunt resulted in a car crash. “They had a stunt driver in a Jenson Interceptor,” recalls future co-host Mike Smith, “and this thing was jumping over some cars and it all went horribly wrong. The show nearly got taken off the air permanently as a result”. Perhaps of greater concern to The Late Late Breakfast Show’s longevity, was its disastrous ratings. “We came up with a format which bombed,” says Edmonds. “It was a format that lacked any confidence. I seem to recall it had a certain amount of chat, and a certain amount of music. We had Leni Harper and John Peel involved, and we didn’t gel – it was ill-conceived.” Although in December 1982, the final episodes of the first series were able to pull in a creditable 10.5 million viewers, some weeks only four million tuned in. Hardly the most auspicious start to the Saturday evening career of one of the BBC’s most important talents.

Next: “You’ll have to take us as you find us”