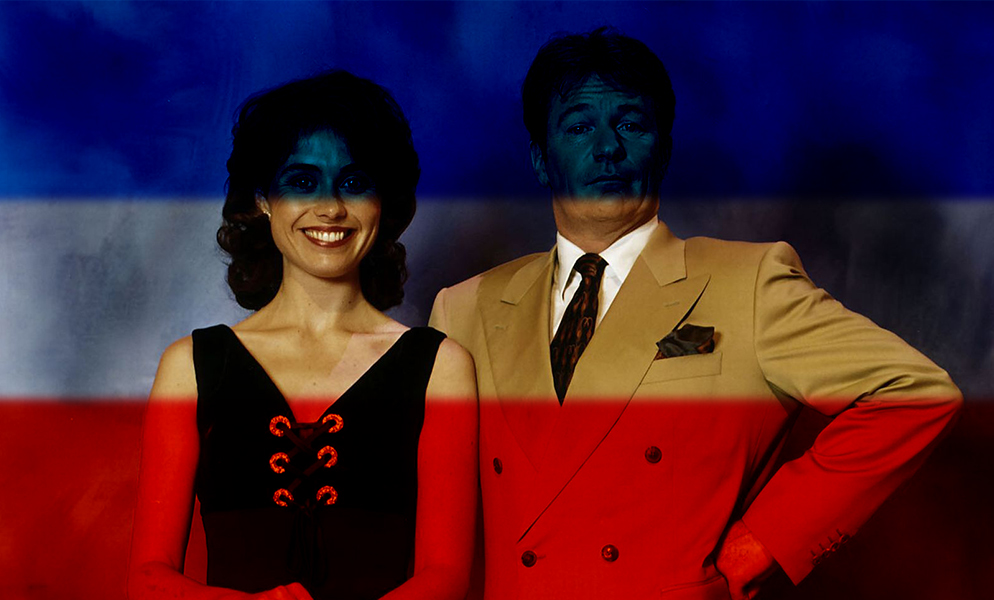 By the start of 2002, Saturday night television had become fashionable again. One of the biggest TV audiences of the year had tuned into ITV to watch Will and Gareth battle it out in the grand final of Pop Idol and it had become a huge national talking point. What was particularly notable, though, was that this was a traditional Saturday night programme. Sure, the phone voting and dissection of the music business was something you’d only have seen in the 21st Century, but with its huge set, flashy lighting, besuited hosts and enthusiastic studio audience, it could really have come along any time in the previous thirty years.

The great thing about Pop Idol was that it appealed to a huge family audience. Of course the age of the participants and the style of music meant it had an obvious draw for younger viewers, but with Ant and Dec’s mild cynicism and a huge range of musical styles, older viewers could still get a lot out of it as well. At last, Saturday night television had worked out how to tailor a modern approach to a broad demographic.

Existing programmes, however, found it harder to develop for a new generation. This was particularly obvious in the series running opposite Pop Idol on Saturday evenings – Jim Davidson’s Generation Game. By 2002, Davidson had been presenting the programme for seven years – longer then Brucie’s first stint.

“Choosing the host is subjective,” says Michael Leggo, the BBC’s head of light entertainment from 1994 to 1999. “You put some names forward and kick them around and think who would be right for this. Who would be wrong and Jim Davidson, our eventual choice, took the show somewhere else, did well in the ratings and gave it a new energy and anarchy that perhaps it hadn’t had before.”

During his spell at the helm, Davidson had slowly but surely made changes to the format to better play to his strengths and banish all memories of its previous hosts. The changes seemed calculated to ensure Davidson was centre stage throughout. The anonymous theme that had been introduced from Jim’s first series was replaced by a track by Emerson, Lake and Palmer – one of his favourite bands. The game would often be delayed for comedy sketches starring Davidson and old pals such as Cannon and Ball or Jess Conrad. Meanwhile, since the demise of Noel’s House Party, Jim had ensured Mr Blobby stayed off the breadline by featuring him as a regular guest each week.

One of the more memorable moments – though perhaps not for the reasons Davidson had hoped – came in 1999 when Jim was joined on stage by his son Cameron, and the pair duetted in an irony-free rendition of ‘Father and Son’. This summed up the current state of the Generation Game – it was now Jim’s show, more a vehicle for his brand of comedy than the tried and tested format that Brucie and Larry had helmed. The contestants seemed pushed further and further in the background, not least when they were regularly showered with gunge.

If you were being generous, you could say that Jim Davidson was simply doing what Larry Grayson had successfully managed two decades ago – not slavishly replicating Forsyth and instead letting his own comedic style take the format into a completely different direction. However, Davidson had a style that was an acquired taste. Anyone tuning into the current Generation Game after a few years’ absence would have been at a loss to understand exactly what was going on, and what had happened to the classic format that had served the show well enough for 20 years. It also meant that the Generation Game’s success was now inexorably linked to the appeal of Jim Davidson.

Come 2002, it was hard to work out exactly why this programme was still on television. As had been the case through most of his career, Davidson still regularly appeared on tabloid front pages detailing the latest exploits in his private life. This behaviour seemed inconsistent with the host of what was once the perfect family show.

“Well Jim came with baggage,” says Leggo. “Because he was famous for some outdated humour. But that was a very narrow, and wrong view of Jim. He brought with it an added sense of danger.  Because viewers knowing that reputation think oh is he going to overstep the mark here? You know and in any case he had that sort of cheeky chappie type demeanour so it brought a bit of added zest to it. But we all knew we were perfectly safe because the show was pre-recorded anyway so even if there’d been something unsuitable we would have just chopped it out.”

However, the regular appearances of end-of-the-pier veterans alongside Davidson left the show reeking of formaldehyde, of a comedic style that seemed to now only exist on this programme. A decade previously the BBC had been clearing out their light entertainment department by dropping the likes of Bobby Davro and Little and Large. So what was this creaking old series still doing on telly in 2002?

It’s not that veteran comedy could no longer do the business – the two halves of the Pop Idol final had been bisected by Another Audience With Ken Dodd and Doddy’s old jokes had been a huge success. Davidson was just doing it badly, and by the start of 2002, in the face of a rampant Ant and Dec, the Generation Game was pulling in only around three million viewers. It was perhaps not surprising, then, that Jim decided to call it a day, and the BBC didn’t appear to be in a rush to replace him. This came shortly after Big Break had also ended meaning, as Davidson confirmed, “I have no TV work except presenting funny TV clips – read the autocue, very difficult – for the BBC”.

Davidson later said, “It was a joint decision. The BBC said ‘How do you feel about not doing them any more?’, and I said ‘Fine’. So they took away £1.5 million salary a year. I was disappointed. I loved the Generation Game. You didn’t need a huge brain to enjoy Big Break. It was trash rather than crap, and viewers enjoyed it. King of trash, that’s me.” April 2002 therefore saw the end of the Generation Game’s second spell on screens after 12 years. Later, the BBC would produce a pilot for a possible new series with Paul O’Grady as host, but this became notorious in TV circles for its apparent poor quality, with O’Grady later suggesting it was the worst thing he’d ever done on television. Others have followed – with Graham Norton hosting the one-off Generation Fame at Christmas 2005, featuring celebrity contestants.  Then in 2011 the format cropped up again as part of 24 Hour Panel People, a marathon stint for Comic Relief.  In 2014 Miranda Hart recorded a pilot episode, which failed to lead to a full series and in 2018 Mel Giedroyc and Sue Perkins hosted two, poorly received episodes.

At the time of writing, the legendary format, part of Saturday nights for generations, remains on the shelf.

Next Monday: It’s about rejection now