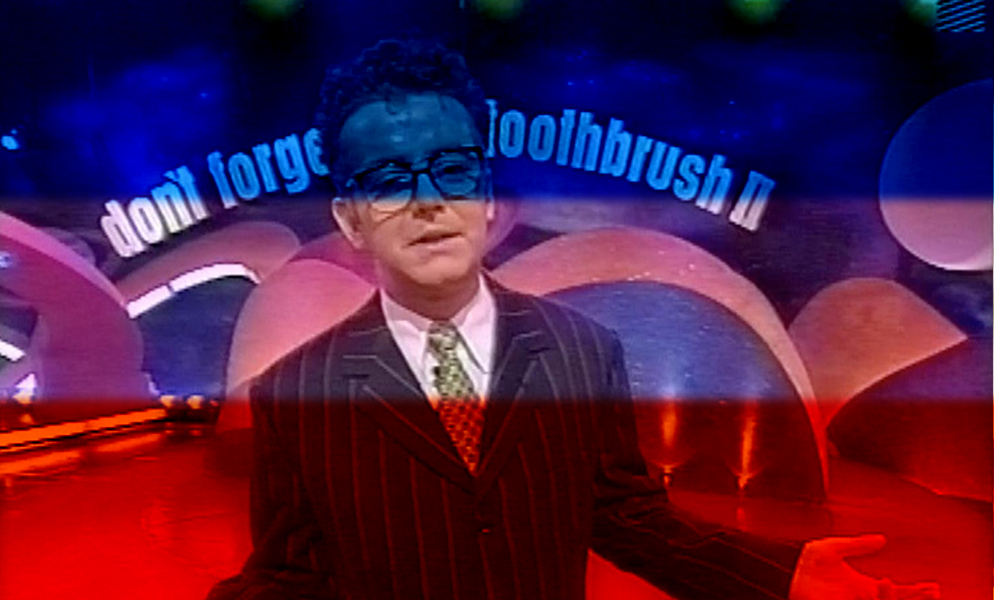 Saturday night television remains the only night of the week not to have been commandeered by a traditional soap. With extra episodes of Coronation Street, EastEnders and Emmerdale added to the schedules in recent years, it’s perhaps puzzling why an evening so often considered to be in crisis hasn’t enjoyed the quick and easy ratings fix of a regular soap episode. There’s been Casualty, of course, but no series that runs throughout the week, including the sixth day.

The one exception to this rule came in 1993. Thames Television’s The Bill had been a huge success after it graduated from short-run, hour-long series to an open-ended, twice-weekly set of half-hour episodes. It was the programme’s success that had inspired the BBC to do the same with Casualty before the plan was vetoed. Such was The Bill’s popularity that, come January 1993, a third weekly episode was introduced on Friday evenings. However just four months into the new pattern, the scheduling was altered – and the Friday edition was moved to Saturday. It’s easy to deduce the thinking behind this; Fridays were already successful thanks to Coronation Street, while the performance of Saturdays varied wildly from week to week, depending upon the schedule. A ratings banker, such as The Bill, all year round would therefore guarantee a large audience.

However, the audience on Saturdays fell away – some two or three million below the other two nights of the week. One possible reason for this is that the success of The Bill was contingent upon its permanency – it was always there at 8pm, so viewing became habitual. This wasn’t the case on Saturday nights, with the programme’s transmission time shifting around series of varying lengths, thus denying it a regular slot. The experiment lasted less than a year, with the third episode moving back to Fridays in January 1994.

A further side-effect of this rescheduling was that previous Saturday staples, Beadle’s About and You Bet! were both moved to Friday evenings. Also on Friday evenings in 1993 was Bruce Forsyth’s Generation Game, rescheduled by BBC1 after some disappointing ratings the previous year – apparently much to Brucie’s chagrin. However the weaker ITV opposition – now minus The Bill, of course – on Friday nights meant that the Gen Game’s viewing figures went straight back up again, and so it was promoted back to Saturdays the following year.

Aside from this, it was more or less business as usual for the BBC and ITV throughout 1993. The Beeb still suffered from erratic scheduling – apparently 10 minutes before one episode of Noel’s House Party was due to transmit, Noel and the floor manager couldn’t decide when the programme was actually on air, and had to go and check the schedules. A further problem came in the summer, when Saturday bankers House Party and Casualty were both off air. ITV was able to keep new entertainment running throughout the year, and on Saturday nights in July offered up The Brian Conley Show and Stars In Their Eyes, plus new dramas such as Wycliffe. The BBC’s Saturday schedule was full of repeats – old films, sitcoms such as Keeping Up Appearances, and dramas like Spender and The House Of Eliot. The latter barely got over two million viewers. Within TV Centre, executives had more or less admitted they couldn’t keep a proper schedule up all year round. This couldn’t continue, and a massive round of internal cost-cutting was launched.

1994 can be seen as a major turning point in our story. One of the most influential and successful Saturday night programmes of all time was launched, one that was have a huge impact on virtually every series since. And the most unusual thing about it was that it wasn’t on either BBC1 or ITV. It was on Channel Four …

For obvious reasons, Channel Four’s Saturday night was mostly devoted to serious drama or documentary. They weren’t in the business of going up against Blind Date. What mattered was that it offered an alternative to the other channels. This didn’t entirely discount entertainment, though, and some entertainment series were tested. The most obvious example is Saturday Live, which was produced very much along the same lines as your average LWT light entertainment show – because it was an LWT light entertainment show. Certainly, one of the major selling points was that it was something of an event, with its big budget production, a world away from the normal intimate revue-based settings of previous ‘alternative’ series. There was almost more aspects of Game For A Laugh in the programme’s DNA than there were, say, That Was The Week That Was. The subversion came in the choice of acts and the scripts, which were completely different to anything you’d get from Cannon and Ball. What it did prove was that light entertainment could look fresh, by mixing some of the conventions of pre-watershed series with new, young entertainers.

The same assessment could be made of Jonathan Ross’ Saturday Zoo (1993) – a mix of comedy and chat on a large scale, and self-consciously scheduled as an alternative to the antics of Noel Edmonds earlier in the evening. But now it was time for Channel 4 to give the game show a makeover.

At the start of 1994, Chris Evans was one of the most sought-after people on TV. His stint on The Big Breakfast, where he’d taken Channel Four from a distant number three to a clear number one in the early morning ratings virtually single-handedly, proved that he was a real talent at live television, and could appeal to a wide audience. However, Evans chose not to move to ITV or the BBC. Instead he elected to stay with Channel Four and develop a new entertainment show for Saturday nights.

“Don’t Forget Your Toothbrush was an interesting hit for Channel Four,” says TV exec Peter Bazalgette. “it had a tremendous sense of anarchy about it but, of course, actually a very disciplined core.” Not that it began that way. The first attempts at Don’t Forget Your Toothbrush were less than successful. “The original idea was one that Chris had,” remembers TV producer, and Evans foil, Will Macdonald. “It was: why don’t we get an audience full of people with their suitcases packed and their toothbrushes ready and their passports having taken a week off work bring them to a studio and at the end of the show one of them gets to go on holiday straight away that night?”

Channel 4 chief executive, Michael Grade bought into the concept, but it left Evans and Macdonald with a blank sheet of paper. “So we began to try and fill in the blanks and we did it quite badly, I think to the extent the first pilot that we did of Don’t Forget Your Toothbrush was truly awful and Michael Grade described it as ‘amateur hour’ because it was just kind of us literally arsing about on the stage.   We’d been let into this big studio, with a shiny floor and a huge amount of money thrown into it and we just thought ‘let’s just do all the things that we want to do that we just think are slightly stupid’, and it was terrible. It was full of half-arsed slapstick and of sketches of me and Chris naked in a bath together in the middle of a football field and just rubbish really. So that went down like a cup of cold sick.”

Next Monday: A litre of gin, ecstasy and crack cocaine