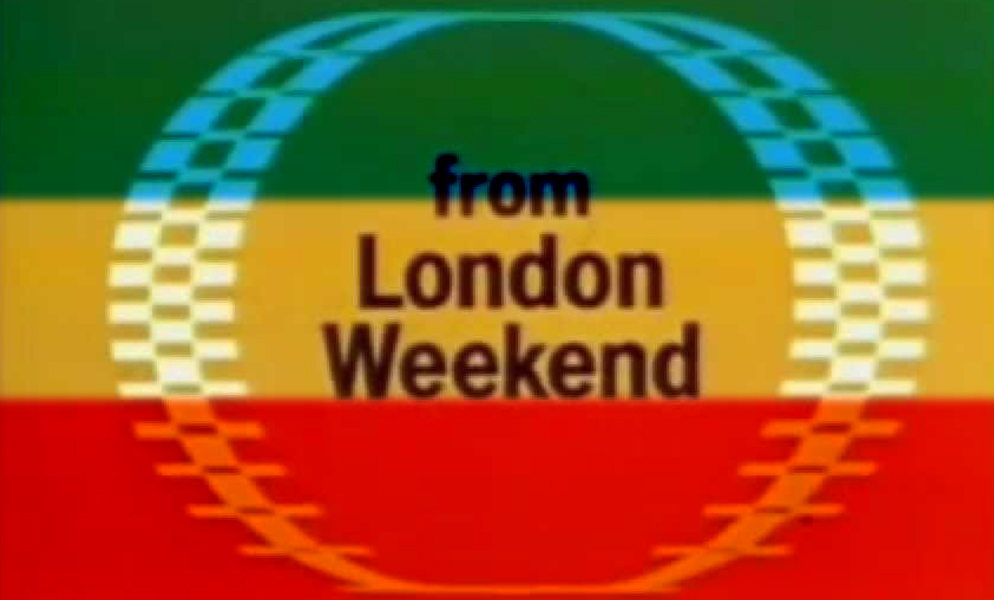 On the evening of Monday 5 September 1969, the available LWT unit heads – Doreen Stephens, Terry Hughes, Humphrey Burton, Derek Granger and Frank Muir – were summoned to an urgent meeting at the home of chairman Aidan Crawley. “Mr Crawley informed us that the directors had that morning sacked Michael Peacock,” remembers Frank Muir. “And our new managing director, chosen to turn round the company’s fortunes with an iron hand was – we held our breaths – Tom Margerison.” Margerison had been one of the first members of the consortium that had founded LWT, however, his previous experience didn’t make him an obvious first choice as a chief executive of a television company. His curriculum vitae listed a doctorate in solid state physics, co-creator of New Scientist magazine, science correspondent for The Sunday Times, and director of Thomson Technical Developments. “It was not so much a question of whether Tom was the best candidate,” remembers David Frost. “In the circumstances he was the only candidate.”

“We were dumbfounded,” recalls Muir. “Our first question was of course, what on earth did the board have against Michael Peacock?” To many (such as Frost and Lew Grade) the reasons were abundantly clear, but Muir and his colleagues spent the next few days looking for clarification. In their search for answers, they first came upon a harsh business truth; the company to which they had devoted their creativity and their loyalty did not actually belong to them. It was the property of the board of directors, and it was within the board’s power to do as it wished without having to consult the company’s creative talent. By removing Peacock, the rug had finally been tugged from under the feet of “BBC3”. Demoralised by this realisation, Muir and his faithful band pressed on in pursuit of an answer they could accept. Finally, the vice-chairman of the board, Lord Campbell, visited Muir at his office in Burlington Street, and again Muir put forward the question as to why Peacock had been sacked.

“Lord Campbell thought a bit,” remembers Muir. “Then he turned to me and said ‘You will know what I mean, Frank, when I say that he lacks “synthetic propensity”’”.

Although Peacock’s relationship with his creative staff had become strained, he was still seen as “one of us” by Muir, Humphrey Burton and their ilk, and his removal could not be tolerated. Threats of mass resignations caused the board members to waiver, but ultimately they stood by their decision. Frost, for one felt this to be the correct course of action. “If a referee ordered a footballer off the field,” he reasoned, “and then changed his mind when the player didn’t want to go, he could scarcely hope to have much say over the conduct of the rest of the game”.

So, to the delight of the national press (particularly The Guardian and The Daily Mail which splashed the news on their front pages), Frank Muir (head of entertainment), Humphrey Burton (head of drama, arts and music), Doreen Stephens (head of children’s, religious and adult education), Joy Whitby (executive producer, children’s programmes), Derek Granger (head of plays) and Terry Hughes (executive producer, features) all tendered their resignation in protest against Peacock’s dismissal. Director of programmes, Cyril Bennett elected to stay put (for the time being). He knew that to leave now would indelibly tarnish his reputation. He had to ensure LWT became a success. Only when that job was done, could he go.

On his final day, Muir cleared out his desk. Part way through the process he happened across a copy of the prospectus he had written as part of LWT’s original application. In the present circumstances, the document appeared an overly idealistic and flawed vision that had failed because it had failed to accommodate the pressures that come with trying to create a station designed to beat off the most difficult competition in the world; the BBC and Bill Cotton. Nonetheless he pinned it to the wall and underneath the description of the objectives that his department would seek to achieve, he wrote: “And we did it. Grateful thanks to you all.”

While the nobility of sacrifice should not be undermined, it is important to remember that few of the protagonists had much to worry about when it came to finding suitable alternative employment. After the demise of “LWT mark one” most of its major contributors moved on to bigger things. David Frost’s career was already set on a course that would take him far beyond the stratosphere of British commercial weekend television even before Peacock had been dethroned. In time, he would find himself sat opposite a disgraced President, conducting one of the most sensational interviews of the television age; and mixed up in a number of American and British television extravaganzas exploiting his fascination with the worlds of record-breaking and, later, parapsychology. The beginning of the 1980s would see Frost charting his return to television politicking, as he locked on to the challenge of attaining a second ITV franchise. It was to be a bumpy re-entry.

Frank Muir immediately threw his lot in with film director Richard Lester and also began a run of 17 successful books about a puppy called What-a-mess. However, he is perhaps best remembered today as the perennial foil to Arthur Marshall in the long-running television quiz show Call My Bluff. During the remainder of his career, Muir worked again several times for LWT. Michael Peacock became executive vice president of Warner Brothers TV, chairman of Unique Broadcasting and a governor of the London School of Economics. Cyril Bennett, actually left LWT and was then re-hired when John Freeman was made executive chairman in 1971. Bennett’s second stint at LWT was far more successful but was tragically cut short when – in 1976 – he died under mysterious circumstances (falling out of a window in his apartment).

Of course, many of the LWT casualties would sign up for the BBC. In 1971 Bill Cotton was looking for a chat show host. He had already held some discussions with possible candidates. “I had talked to Bill about doing a chat show,” recalls Bruce Forsyth, “rather like Wogan was to be, or ex-newscaster Michael Aspel’s show … I’d been thinking about this for a very long time”. However, Cotton had other plans for the versatile entertainer and settled on Michael Parkinson as the man for the job.

Like many of Cotton’s catches, others in the BBC were less sure; BBC1 Controller Paul Fox regarded Parkinson as indolent. Certainly, the talk show host has gained a reputation for being a fiery and rebellious character. Born in 1935, Parkinson began his career in newspaper journalism before joining Granada TV, working on What The Papers Say, World In Action and Cinema. He then completed a stint at the BBC as a member of the 24 Hours team and was lured to LWT in 1968 by the Frost-Peacock cabal and the promise of fronting a high-minded programme combining two of his great passions – investigative journalism and sport.

While being pursued by the BBC in 1971, Parkinson inadvertently proved his critics correct when he became involved in a rancorous campaign at Glasgow University. The Glasgow University Guardian of 27 January 1979 recorded that “the well-known TV interviewer was in the running for the next rectorship at the time, along with Jimmy Reid, Teddy Taylor and Maggie Herbison. Parkinson appeared all set for a runaway victory. Suddenly, however, the Court declared his stance invalid. Why? I wish we knew, but Parkinson had more than a little to say on the subject. In true Geoff Boycott style, he retorted to the press, ‘Whoever is elected Rector will just be a paper figure.’ The decision was, he went on, ‘absolutely diabolical’, and he advised all his supporters to spoil their ballot papers by writing his name across them”.

Nevertheless by the time Parkinson sat down to interview Terry Thomas, Arthur Ashe, the president of the League of Empire Loyalists and Ray Bellisario (the guests on his first show for the BBC) he had transformed himself into the genial host that was to become so beloved of Saturday night viewers. Parkinson’s arrival signified the beginning of a sustained period of Saturday night dominance for the BBC. The unchanging line up of Brucie and Parky coupled with the occasional Saturday evening special for Morecambe and Wise, plus a regular diet of Basil Brush and Doctor Who ensured the BBC swept the floor with the opposition. In time, LWT was to find its feet, and by the late 1970s had produced a string of notable hits. By then, a new man was at the tiller, one who had shown himself to be well versed in the art of scheduling. As the 1970s ended and the 1980s began, it became clear that ITV was preparing to mount a new assault on Saturday night television. Just as external forces had conspired against LWT during its early years, now the television landscape was ready to shift again. Would it be in favour of the BBC’s battered opposition?

Next: “It was destined to be an anti-climax”