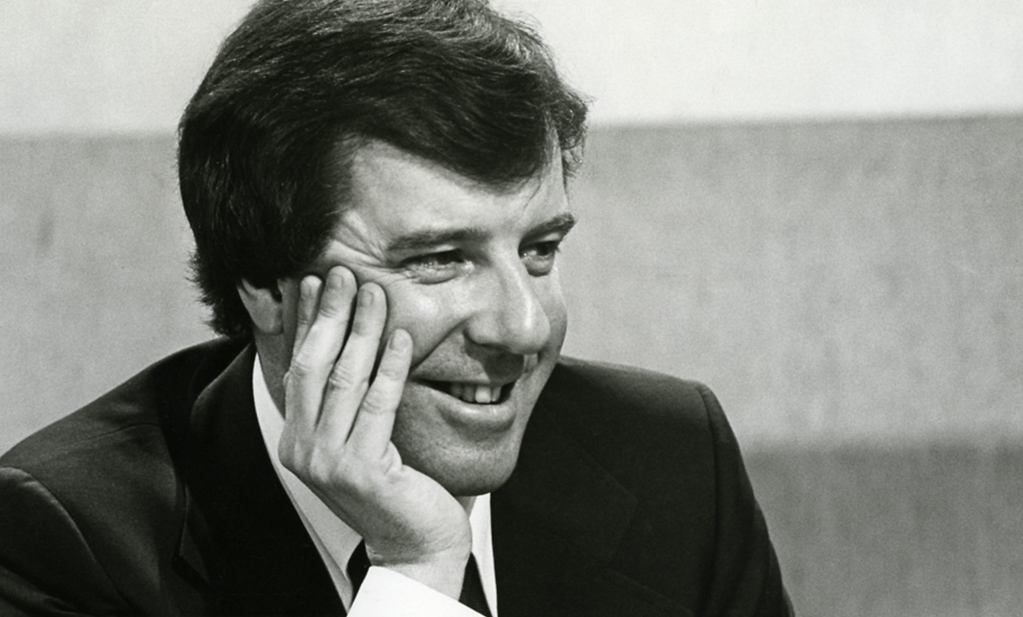 NOT TO be confused with RUSSELL HARTY the show (not the man), for which see, erm, RUSSELL HARTY. This was his primetime BBC1 post-SIXTY MINUTES roustabout, live from the Greenwood Theatre in London every Tuesday and Wednesday, with minimal interviews and maximum irreverence. Such as John Tovey turning up to do a recipe from the brilliantly-entitled Harty Kitchenette every Wednesday night, while a proto-Mister Motivator called Mister A demonstrated exercises you could do while doing the washing-up. Such as PETER COOK being hired as a regular in his EL Wisty guise, only to be bundled off after a few weeks to be replaced by Susan Cuff off MR AND MRS, who was in charge of the feature ‘Cuff’s Stuff’. Such as Russ going out and about and knocking on someone’s door to ask for a cup of tea, emphasising the man’s interest in The Great British Public, as these would be spontaneous encounters where he’d just idly chat away and hope for something interesting to come out of it, leaving lucky householders with a mighty ‘I Made Tea For Russell Harty’ teapot. Such as revealing the new chart on Tuesday nights followed by a live band from it performing live, such as Bananarama doing ‘Robert De Niro’s Waiting’ in front of, inevitably, some enormous pictures of Robert De Niro. Such as Dog Of The Week, where Russ would bring on a dog from Battersea for viewers to write in and adopt, and “if it only has three legs, all the better”. And such as a Valentine’s Day special, live from a pub in Liverpool, with Frank Carson, Stan Boardman and a yard-of-ale drinking competition. Inexplicably axed after six months, it was certainly the man’s grandest, if not greatest, hour. Especially as what came next was SONGS OF PRAISE. 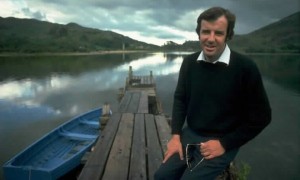 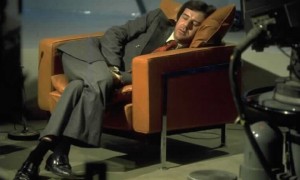