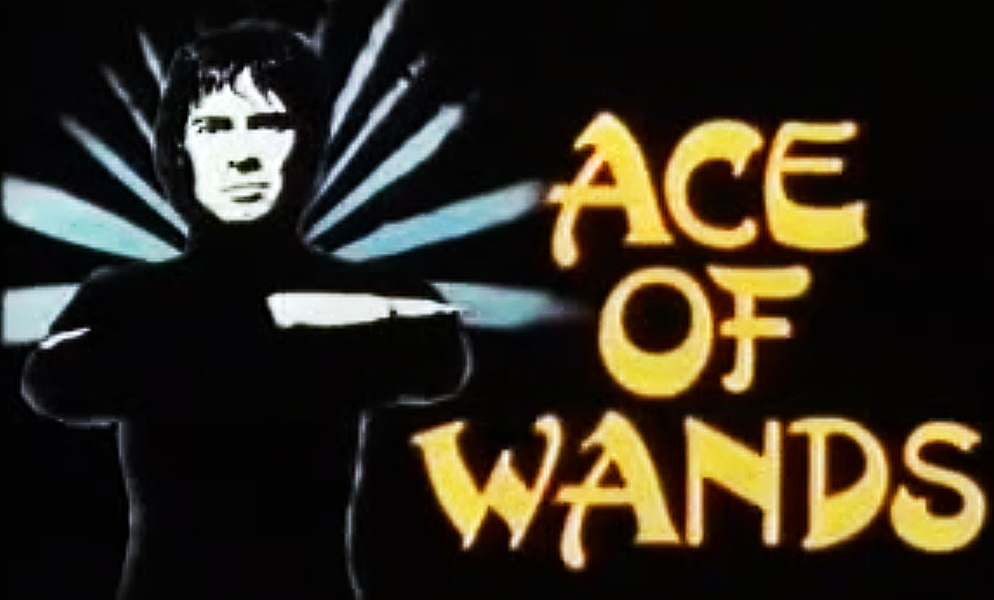 4.20pm ACE OF WANDS, ITV
Although the theme music to Ace of Wands is – well – ace, the title sequence does rather give up 21 seconds in, when we’re left with an impassive looking Tarot for the rest of the duration – give us more Thames Television!  Still ‘Peacock Pie’ is arguably the best AoW story (that we’ve seen at any rate), not least due to its inclusion of ‘actual members of the public’ in the street scenes and – of course – the magnificent Brian Wilde. The direction is pretty nifty too, with some lovely studio camera sweeps and decent pacing. The best moment of the entire run, of course, remains Tarot’s suave restaurant customering in ‘The Meddlers’ – he even calls chips “French fries”. Fancy.

7.00pm THE PROTECTORS, ITV
Not from the top drawer of Lew Grade’s collection of action series, this episode of The Protectors (‘Lena’) nevertheless features a moustachioed Roger Lloyd Pack, pretending to be either Italian or Welsh – we just can’t be sure which, but it’s good.  And we love the way Robert Vaughn cracks an egg one-handed in the opening titles. This episode written by Trevor (Ace of Wands) Preston fact fans!

7.30pm BOWLER, ITV
Not a series we know much about – but Bowler (featuring George Baker) comes from the LWT era when they were just about getting their act together and churning out programmes that audiences were able to enjoy.  What’s more it’s written by Esmonde and Larbey. And in fact is a second spin-off from Please Sir!