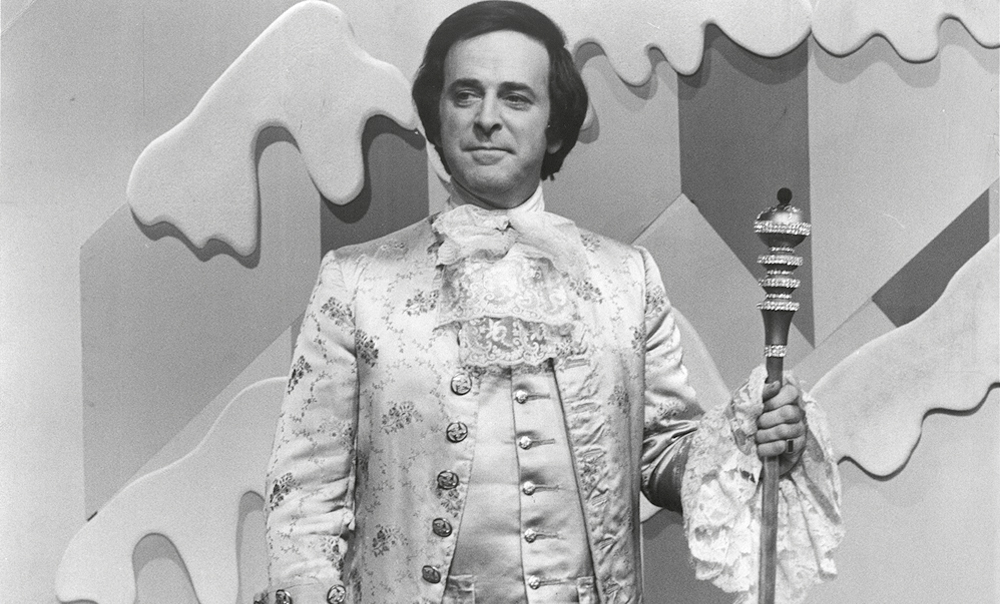 6.45pm BLANKETY BLANK, BBC1
From start to finish, it was a brilliant Boxing Night on BBC1, guaranteed to prise you away from your Jackpot annual and Rowntree Mackintosh selection box. It all began at mince pie time with Marti Caine fronting Disney Time, before a befrocked Two Ronnies battled the Dors dystopia in the finale of The Worm That Turned, and ended with Peter Davison rustling up a cocktail in Boxing Night At The Mill. But the centrepiece of the evening has to be a twin-pack edition of Blankety Blank, with not six but 12 celebs crossing swords (or slimline mics) with Tel. The roll-call included Madeline Smith (bottom right, we’re guessing), Beryl Reid (top middle, of course) and, bottom middle, Les Dawson, making a rare appearance on the two-tier gantry before he began dishing out the cheque books and pens himself.

5.55pm MONKEY, BBC2
If the fusillade of light entertainment on BBC1 wasn’t your thing, you could always switch over for a festive serving of mind-blowing Buddhist chop socky from that “irrepressible” Monkey. For most of 1980, we’d been glued to the Friday night exploits of the cloud-surfing simian and his pals on their “pilgrimage quest” (often screened in an unmissable double-header with the monochrome misadventures of – hooray! – Harold Lloyd), so it seemed only fitting for Pigsy and the gang to be part of the Christmas schedules. It must have baffled any elderly relatives trying to watch after a few sherries, mind.


7pm EARTHQUAKE, ITV
The epic time lag between cinema release and television premiere meant the disaster film craze of the 1970s didn’t make it to our tellies until the early 1980s, ensuring this all-star cavalcade of catastrophe took six whole years to unspool, as ITV’s legion of regional announcers doubtless had it, “for the first time on British television”. The cast included Charlton Heston, Ava Gardner, Richard Roundtree (as Knievel-riffing stunt rider Miles Quade) and, sporting an afro as spectacular as the effects themselves, Victoria Principal. If all that wasn’t thrilling enough, at 8.15, you could turn over to BBC1 to watch McQueen and Newman fight the flames “for the first time on British television” in The Towering Inferno.