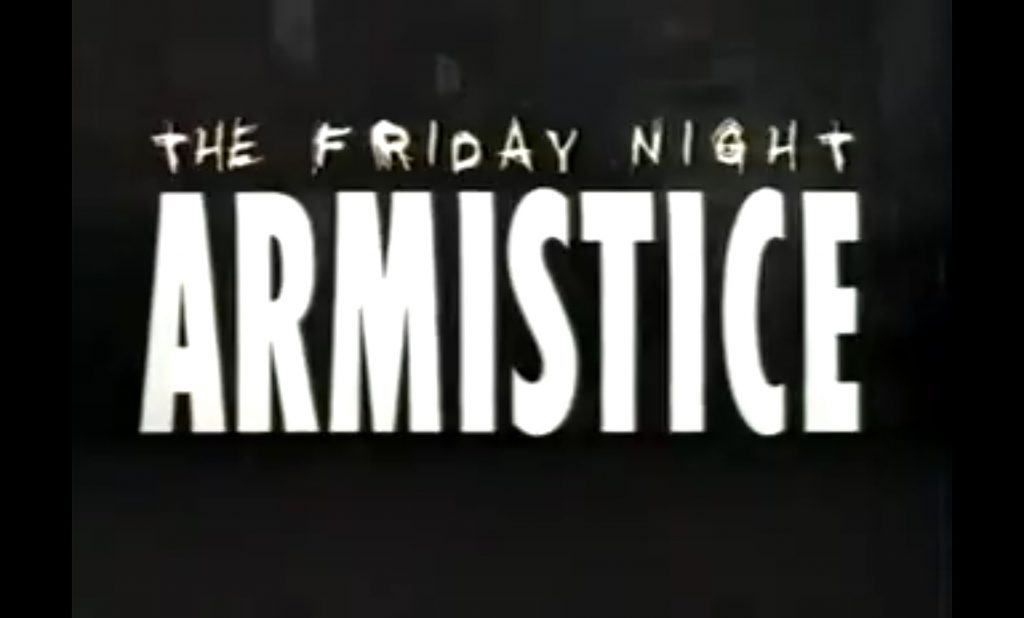 10.00pm FRIDAY NIGHT ARMISTICE, BBC2
Pleased-with-itself, and rightly so, satire from the hard-to-spell triumvirate of Armando Iannucci, Peter Baynham and David Schneider. This is the post Euro 96 crash-out episode, replete with lots of behind-the-scenes stuff at Television Centre, Armando seguing smoothly from topic to topic (“Meanwhile, has Britain’s Euro beef war been resolved?”), Peter and David running on to set for a slightly uncomfortable three-way chat that also necessitates  making occasional eye-contact with the camera, Hunt the Old Lady, and a it-wouldn’t-fly-today thing wherein New Labour are depicted as gun-touting terrorists. Hah! Remember when terrorism equated to balaclava-wearing?

Gillian Anderson hosts a series of documentaries looking at the connections between sci fi and sci fact, “from the Tomorrow’s World team” (we have to conclude Maggie Philbin had bigger fish to fry). This episode observes robots, and features Reading University’s Kevin Warwick saying, “In my children’s lifetime we could have a situation where robots are more intelligent than humans!” Ah, could have. The greatest of all caveats. 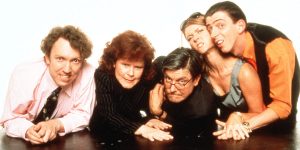 8.30pm IS IT LEGAL?, ITV
You remember! Lotus, Spackman & Phelps! And that series one rerun starts here! Simon Nye’s potentially scabrous, but tempered by its post-The Bill time slot (and the fact it’s on ITV), sitcom is best remembered today – should it be remembered at all – by its wind-up hear no evil, see no evil, speak no evil monkeys in the title sequence. Tonight’s opener features: “Bob, I got a woman coming in to talk about her name, Doreen Badarse.” Observe the cast straining for the funny in our accompanying JPEG.

9.30pm FRIENDS, CHANNEL 4
Not TVC fodder, really, but here’s a snapshot of another era, when the sitcom’s second series was just reaching the UK, and Radio Times felt obliged to offer the following primer: “If you missed this comedy series last time, it revolves around six twentysomethings who live in the same New York apartment block…” In its future: Chums on SMTV Live and ‘Big Thursdays’ on E4.