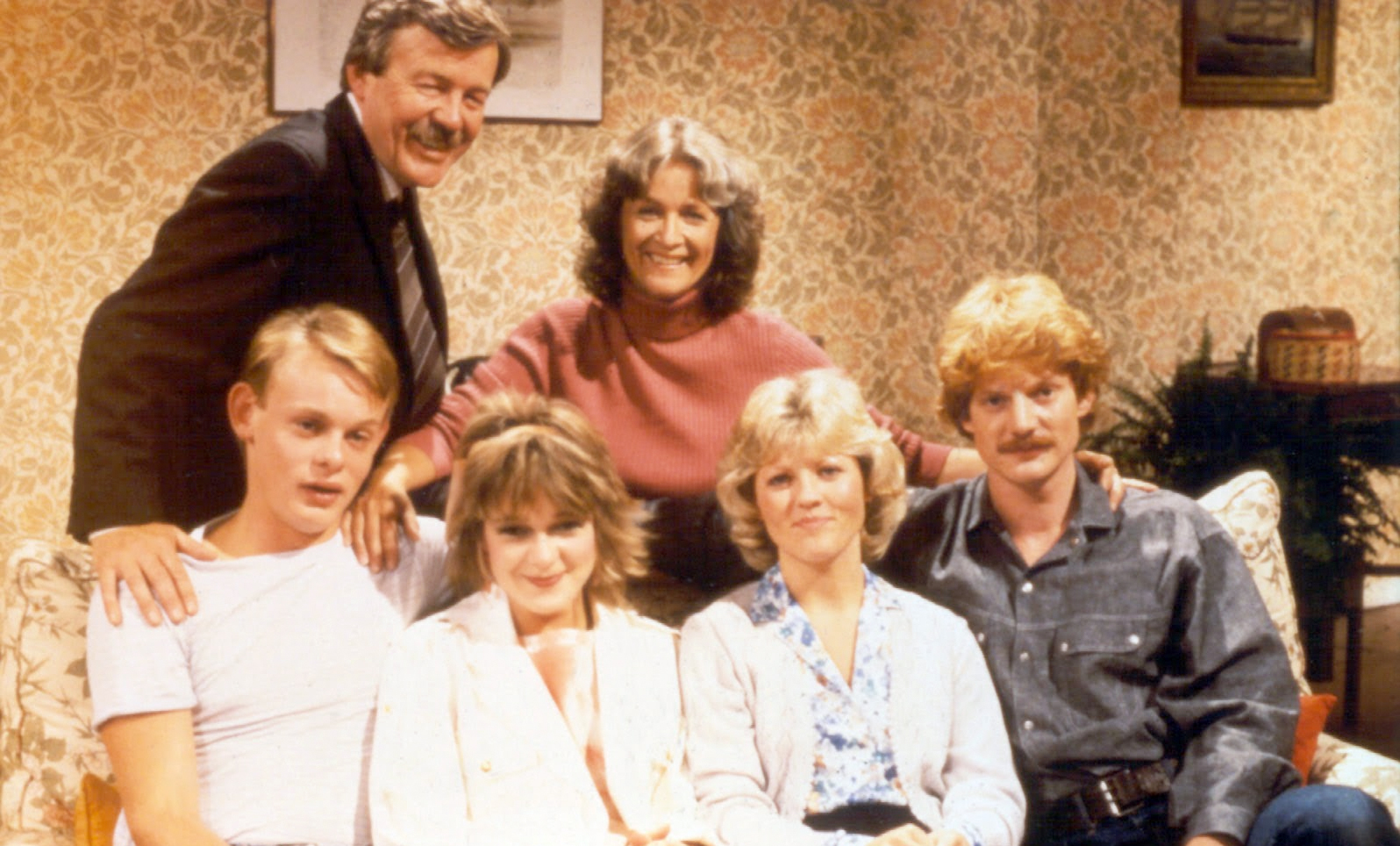 BELOW-PAR BONHOMIE that looked and felt like it should have been on the light channel. A bored-looking WILLIAM GAUNT traipsed around a two-up two-down with a hilariously large and wacky extended family in tow causing untold havoc. MARTIN CLUNES was one of them. Used to pop into the greenhouse with neighbour (ginger Dave Allen sidekick bloke, MICHAEL SHARVELL-MARTIN) for a crafty sherry. Titles were an embroidery hung on the wall, which fell off to comedy piano and big laughs. Every fucking time.