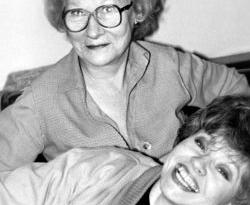 PHENOMENALLY successful Simon Brett-penned suburban smugathon sitcom in which three housesharing female generations of the same family – played by Joan Sanderson, Prunella Scales and Gerry Cowper – struggled to adjust to life without the titular ‘Henry’, marked out by an early sympathetic portrayal of a ‘gay’ character (not that he did very much ‘gay’ on Radio 4, mind). The BBC passed on a TV version, for some reason, so it was left to Thames to make it a primetime hit for the ‘other side’, albeit with Janine Wood replacing the older-than-she-was-playing Cowper.