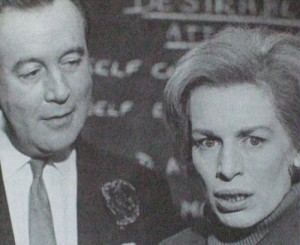 Dennis Price’s US-style assertiveness training weekend in a conference centre humiliates such needy participants as Yootha Joyce and Joan Sanderson with various memory/personality games until it is ripped apart by Stanley Baxter (in his only straight role), outwardly a shabby man in a mac but supposedly the reincarnation of 19th century essayist William Hazlitt (“1778-1965”). Dennis Potter’s first Wednesday outing, based on journalistic research he did into the then-popular Dale Carnegie and Pelmanism self-improvement courses, but a play he later appeared to disown.