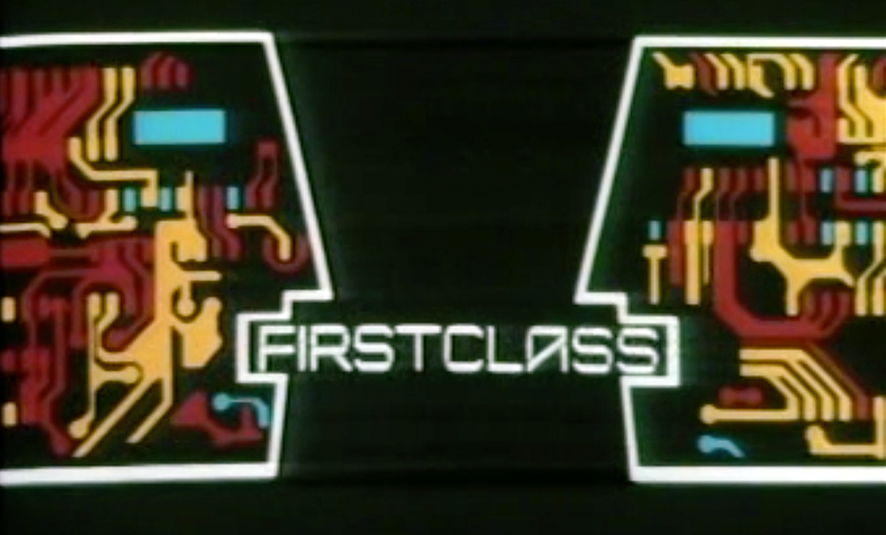 5.35pm FIRST CLASS, BBC1
BBC Scotland upgrade to the network with the second series of their schools ‘video quiz’. It’s thusly cheerio to Louise Bachelor, as Debbie Greenwood takes over as host, adding an agreeable burr when pronouncing show super-computer’s name, Eugene. As this series began, Radio Times wondered if the First Class of 1986 would be from “Wiltshire, Wales, Dundee or Durham?” Whichever, the winning school would be awarded a microcomputer with disc drive and monitor. Part of a new look to teatimes on the channel, the 5.35pm stranded scheduling went thusly: Charles in Charge (Mon), Fax! (Tues), First Class (Weds, Thurs) and, once more with even more feeling, Fax! (Fri).

5.00pm THE ROYAL INSTITUTION CHRISTMAS LECTURES, BBC2
We remain in the agreeableness of early evening with this Christmas clinger-on. The third in a series of six programmes, zoologist Professor David Pye tells us all about how bats are able to find their way in the dark, and even constructs his own flying mammal, optimistically described as ‘The Bionic Bat’. Which is great, but not a patch on the way he brilliantly confounded expectations around the portability of telephones in another speech from this run. Have a look! 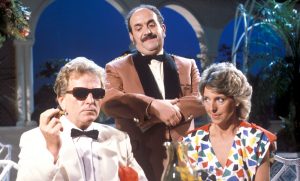 8pm DUTY FREE, ITV
Mum, it’s back! Returning for a third and final series, how could David, Amy, Robert and Linda all possibly find themselves in each others’ lives again? Well… David’s out of work, so he decides a little holiday is just the thing to perk himself up. Etc, etc. Joanna Van Gyseghem (Linda) opined at the time: “It’s very clever the way the writers have managed to get us all back together, but I think they’ll really have to scratch their heads if there’s to be another series – unless we taken an ocean cruise and Carlos, the waiter, joins the merchant navy.” Yes! We’d watch that!