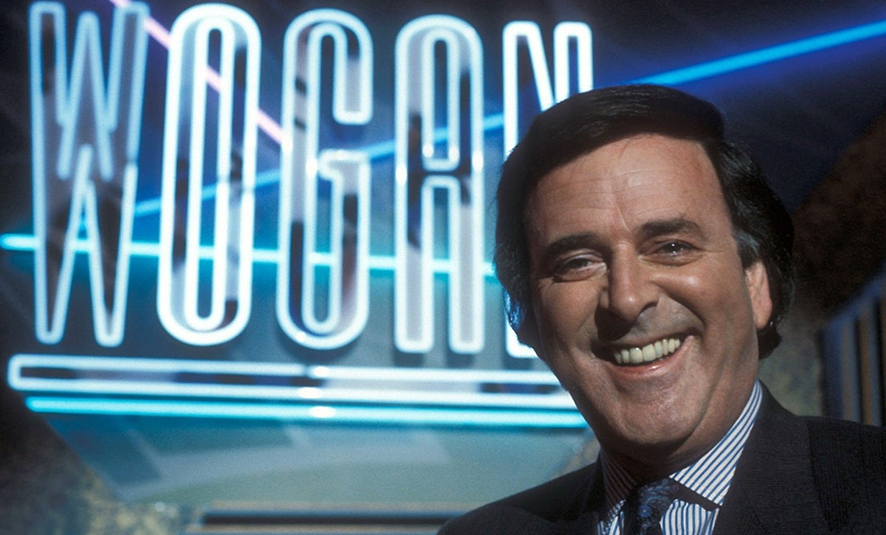 7.00pm WOGAN, BBC1
And it’s our last visit of the week to the verdant Shepherd’s Bush.  Wogan had barely been established as a thrice-weekly proposition when it already began to struggle to string together enough people of calibre for Terry to chat to.  Anna Carteret, Nik Kershaw and ‘beautiful person’ Pia Zadora couldn’t quite take Tel to the finishing line so the show was bookended with a bunch of British Caledonian stewardesses at the top and a phone call to an ailing Les Dawson at the end.  Plus there was still time to read out some viewers’ letters. We don’t remember him ever doing that, but he did. 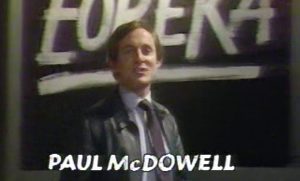 Under the stewardship of Paul ‘Newsround’ McDowell, Clive Doig’s series about inventiveness was never going to make it into unchartered waters. Nonetheless the perennial Craven dep was a capable cue card reader. In this episode, in which household inventions came under the microscope, we suspect that Bernard Holley played the role of a man having an argument with a man played by Mike Savage.

8.00pm DEMPSEY AND MAKEPEACE, ITV
The suspicion is that the first set of notes the DaM title theme composer got back from the producer was something along the lines of “take out the bits of the music that aren’t exciting and replace them with bits that are exciting”.  Sadly, action dramas on ITV had grown a little long in the tooth by this time, so Messrs Brandon and Barber missed out on cultural iconhood despite that intense sig tune. This ep, “Cry God For Harry”, features women sword fighting and a final comedy line underscored with pizzicato.