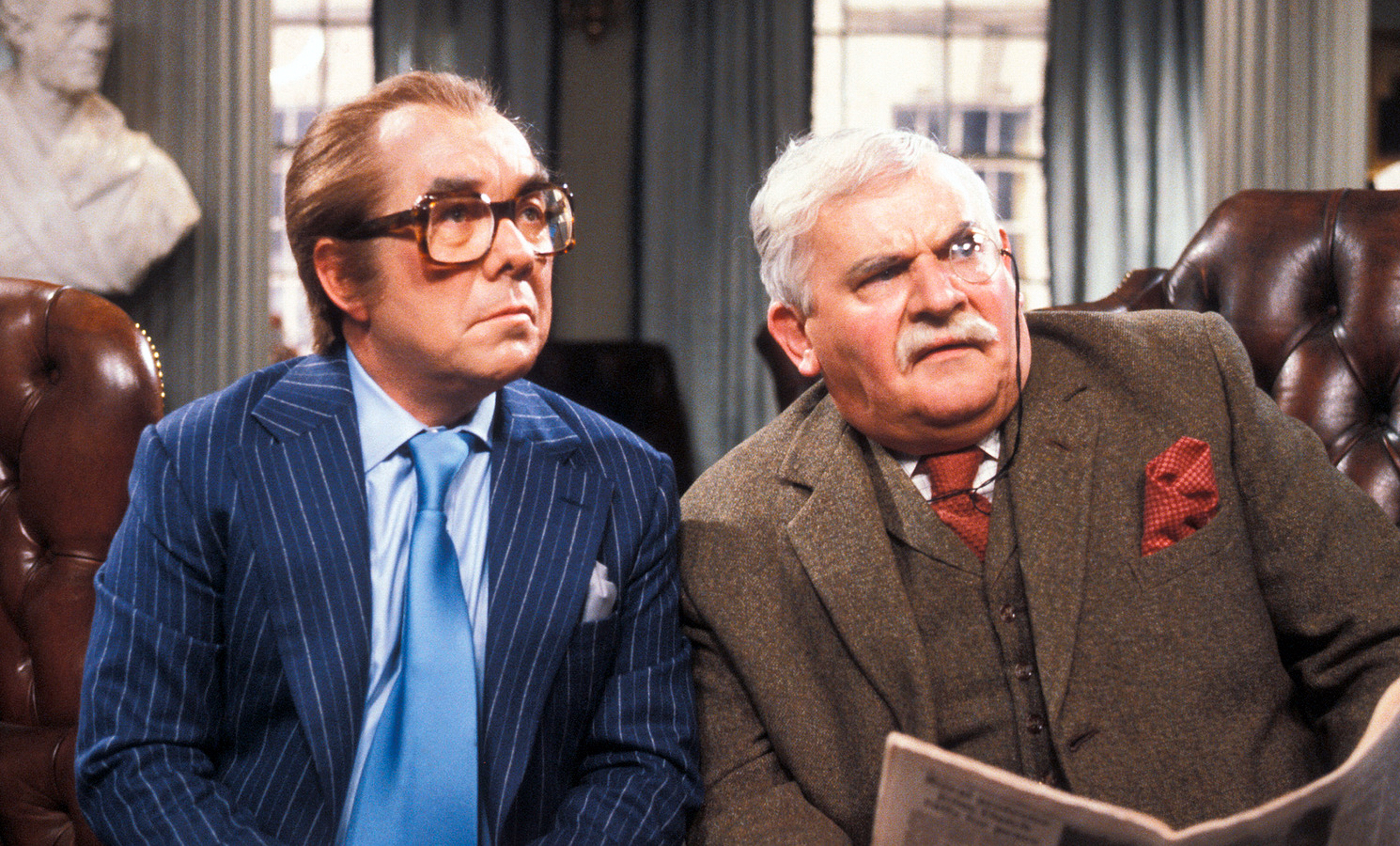 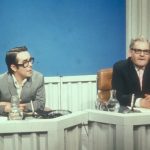 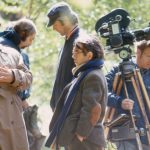 FLOATY YELLOW glasses in the sky and bah-baaahhh! (der-der-der-dooo-dooo) theme tune? Time for another appointment with, in the words of the BBC continuity announcer, “Messrs Barker and Corbett.” Cue the usual, bankable, unbeatable format: opening sat at desks routine “Well, it’s great to be back with you once again, isn’t it, Ronnie?” “Yes, indeed it is. And in a packed programme tonight…” then comedy “headlines”, “And now a sketch in which I play a trombonist who’s down on his luck -” “- and I play a fiddler with his hands full.” Then some Ronnie Barker “mispronunciation of worms” business, followed by “Ladies and Gentlemen, Miss Elaine Paige/Barbara Dickson.” “Like a circle in a spiral…” Then Corbett in limbo, on a variety of modernist chairs doing rambling gag. “So the produuuuucer said to me…” Then the variable “serial” (eg. Piggy Malone/The Worm That Turned etc: “Have a Pa’s bar” and of course, the legendary Phantom Raspberry Blower Of Old London Town – “‘Ere! I want a word with you!”), topping off with the big circus/brass band musical number to well-known appropriate tunes (“Camden Town, my Camden Town!”), before finishing up with “Some late items of news,” “On the show next week…” and then “It’s goodnight from me -” “- and it’s goodnight from him.” Goodnight.