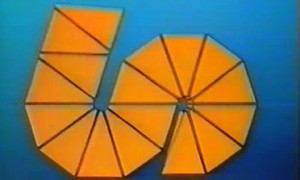 59 AND a half minutes too long, more like. The only saving grace of this lamentable replacement for NATIONWIDE were the opening titles, or rather the opening music, as the titles looked shit and involved a giant moving letter S that looked like a petulant snake. Everything else was a complete misfire, from po-faced DESMOND WILCOX as main presenter to badly-chosen boring features to Special Correspondents including SANDI TOKSVIG to the inevitable involvement of SARAH KENNEDY. Chased off air and slaughtered after nine months.