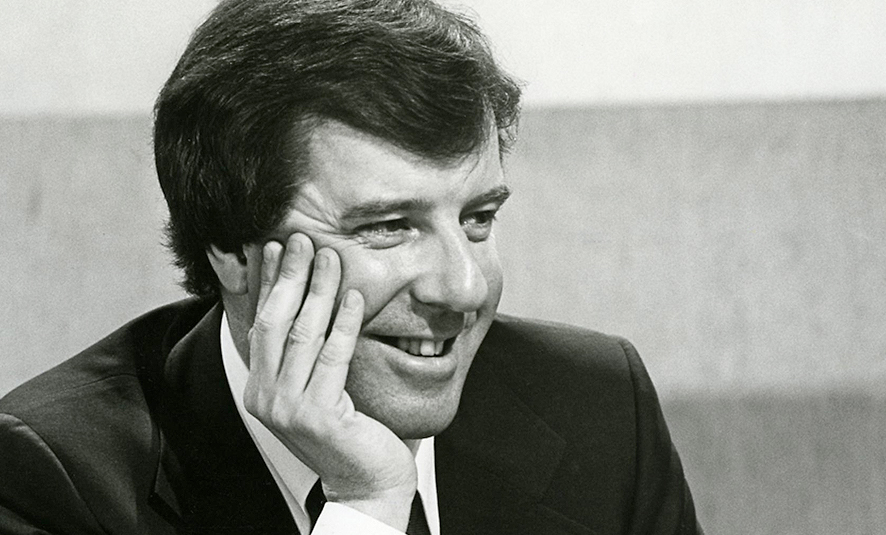 ARTICULAR AVUNCULARISMS twice-weekly at 8.30pm, with our man live from the Greenwood Theatre in London on Tuesdays and at BBC Manchester on Thursdays. Russ’s first gig after quitting LWT, and his most high-profile to date. Well, in timeslots at least. Ensuing would-be erudite natterings with whoever was in the vicinity, usually involving a raconteur, someone from musical theatre and a B-list Hollywood star doing the promotional circuit. Russ’s insistence on seating himself in the middle of his guests, rather than to one side, won as many plaudits as punches. Literally.