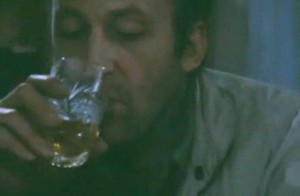 Pedants and lollygaggers moan low about how James Lovelock’s Gaia theories of global despoliation and natural rebalance are got all wrong by the script, but never mind them: if you want Big Themes tackled by a drama that doesn’t lose sight of the characters running about inside it, and a bit of classic thrillage with your intelligent nodding, you don’t get better than this series, which can hold its head up alongside any of the much-vaunted box sets of today. Spoiler: he turns into a tree at the end.