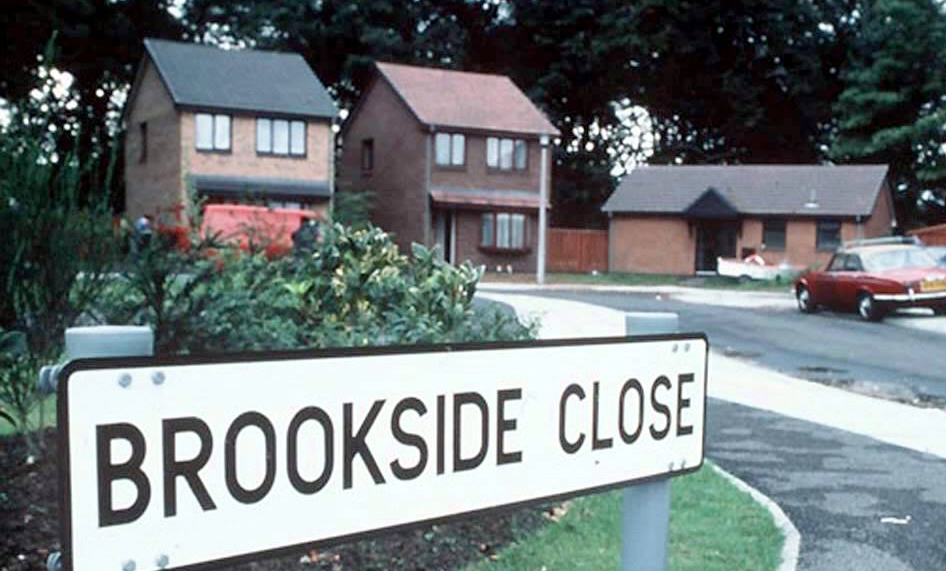 RIGHT, FORGET ALL THE BOLLOCKS post-1990. What we’re talking is the classic period of Sheila, Bobby, Damon, Karen and before Barry Grant became a master criminal. In other words, when uber-scribe JIMMY McGOVERN cut his teeth. Influence of Phil Redmond’s other pet project, GRANGE HILL, self-evident in sweary realism. Mobile camera technology and the use of actual, genuine houses on a Liverpool cul-de-sac was a snip at £2 million. First soap to have an omnibus – on Saturday teatime, thus ideal for post-football results entertainment while having your tea. We’re all familiar with the twice-weekly Scouseathon itself, so let’s just cherry-pick the gems. Harry Cross and Ralph. “FREE GEORGE JACKSON” painted in the windows of that giant tower in Liverpool city centre. PICTURE BOX supremo ALAN ROTHWELL hanging around AMANDA BURTON and getting addicted to heroin. Sheila dealing with the aftermath of rape. Billy Corkhill duffing up daughter Tracy’s teacher. Rod The Plod. Token upper class characters Paul and Annabel Gordon, with son “Gay” Gordon. Damon getting stiffed on the YTS, running off with Debbie into his own spin-off and getting stabbed by a canal for no reason. Absolutely fucking dreadful fucking decline from early 90s onwards one of the saddest falls from grace in TV history.