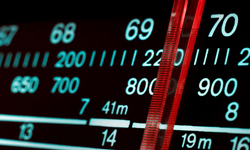 DO YOU have fond memories of a local or even national Non-BBC radio station that we haven’t got listed here? Can you say a couple of words about the character of its output that doesn’t just involve listing presenters and dates or waffling on about ‘airchecks’ (whatever they are exactly)?

If so, then please do exactly that in the comments below; even Radio Cream hasn’t heard every station in existence, so this is where YOUR memories come in… and if they’re good enough, you’ll get a namecheck (and not an ‘aircheck’) in the eventual entry!

Related Items:faded car window stickers, impenetrable boasts about how 'the music sounds better right here', requests for "Jenny listening in Stockport there", some half-arsed 'shock jock' that about three people in your class were addicted to, the 'Love Zone'
Share
Tweet
Share
Share
Email
20 Comments