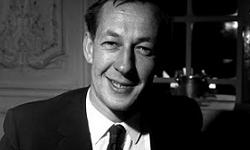 FROM Saturday Club hip young gunslinger (well, sort of) in the sixties, to the 21st century, which finds him in almost exactly the same slot, playing exactly the same records. In between, did respected arts and chat sequence Round Midnight.